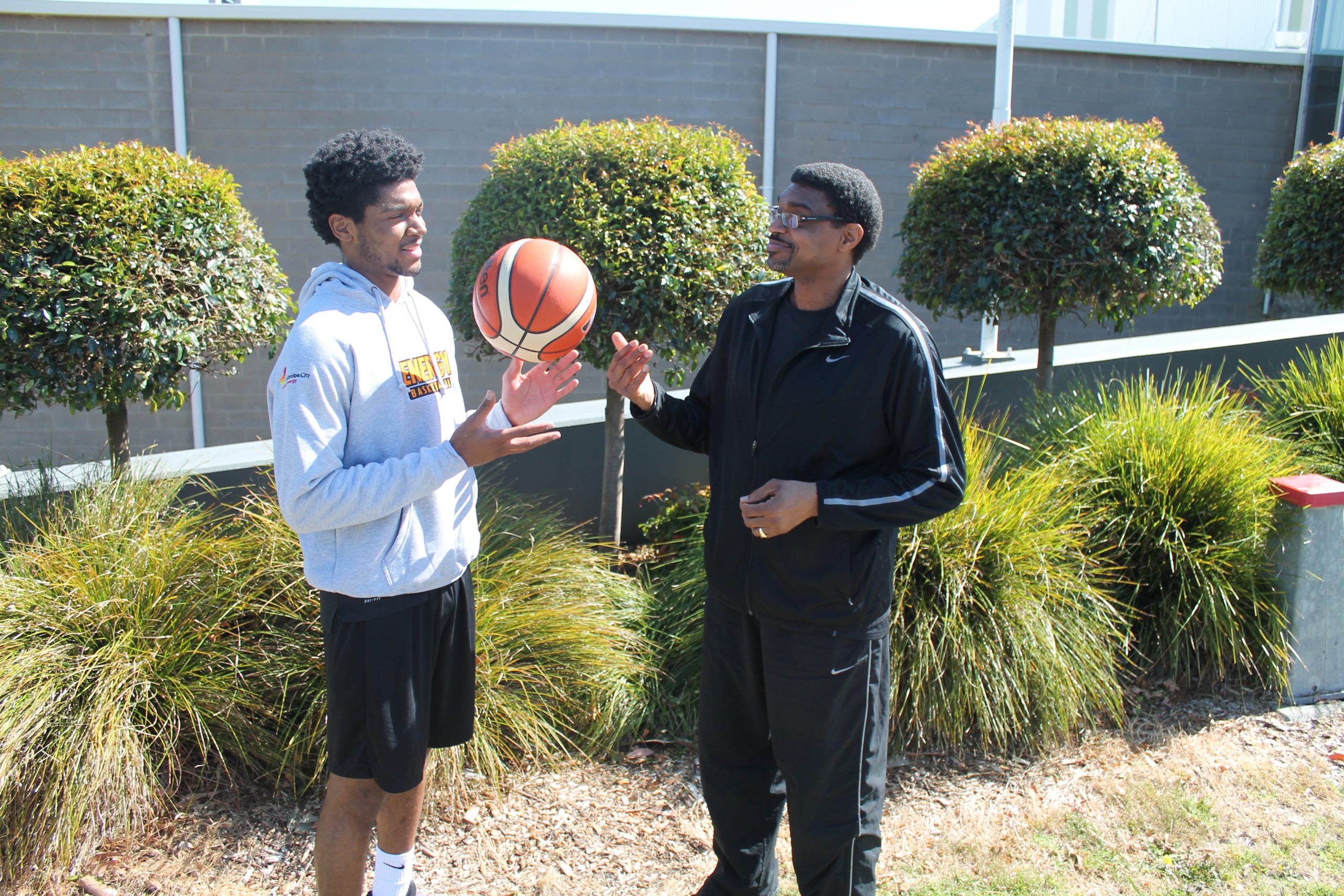 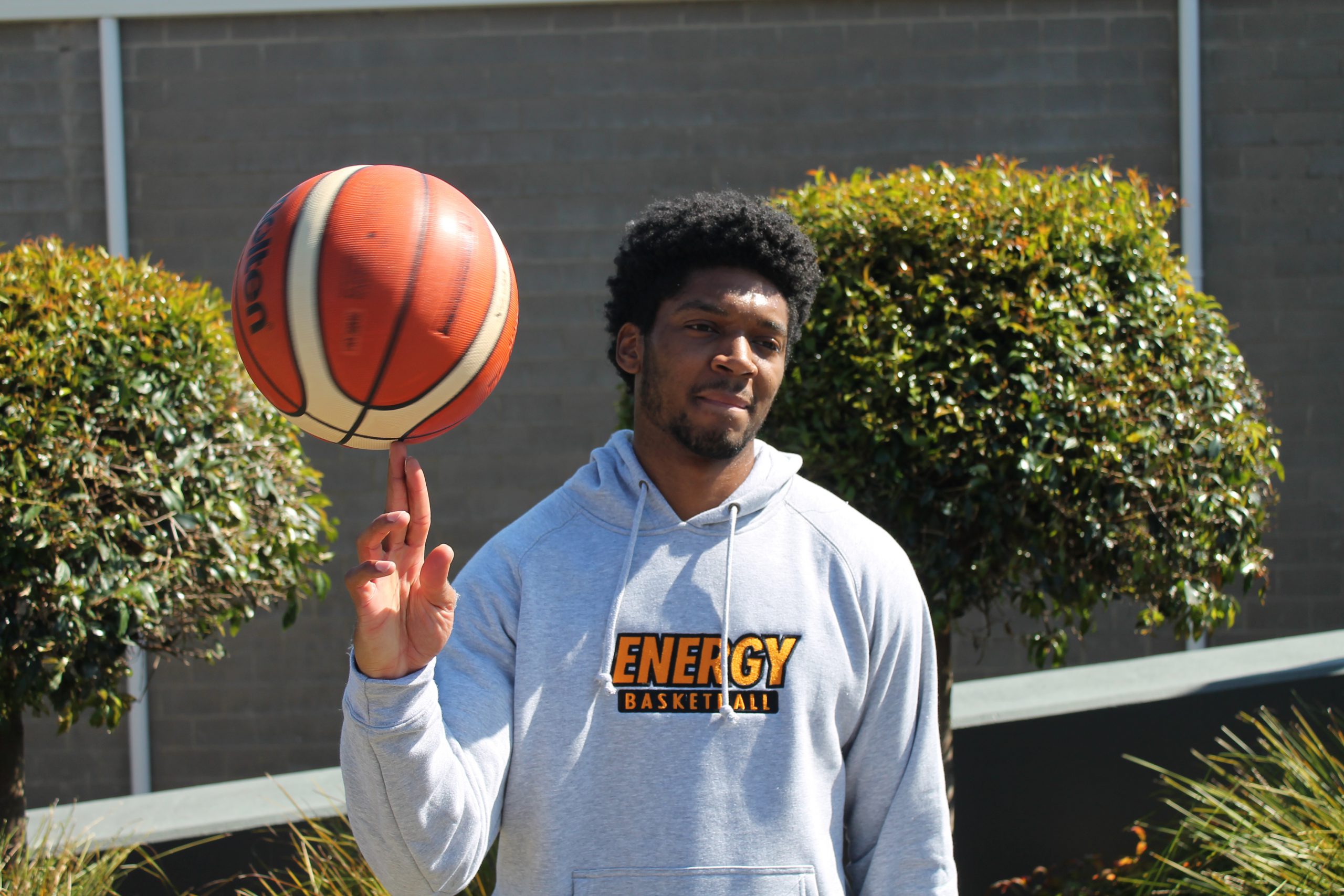 Latrobe City Energy men’s basketball import for the 2017 season has touched down.

At about six-feet four-inches tall, 23 year-old Des Moines, Iowa native Kourtlin Jackson is already well across his role at the club. He’s here to shoot threes.

“Last year I was a shooter and I feel like that’s what coach brought me here for, to shoot the ball and shoot it well,” he said.

“I can also get to the rim and I can rebound a little bit.”

Playing as a guard, Jackson brings NCAA experience after stints with the Iowa State University and the University of Southern Mississippi, where he also completed degrees in arts and sports management.

In his last game with Southern Miss, Jackson racked up 40 points and during that season his shooting from outside the arc sat at around 43 per cent, jumping to more than 55 per cent in his last seven games.

With such a stellar back half of the season, Jackson narrowly missed out on an offer from the Los Angles Lakers feeder team, the LA Defenders.

“I had some other teams that were interested, but I feel like this was the best bet for me because the coach really wanted me and it’s always good to go to a spot where you’re wanted,” Jackson said.

But the Defenders’ loss is the Energy’s gain.

After looking around, Latrobe head coach Jason Sutherland said Jackson was a great fit for the club and he filled a hole in the current line-up.

“We probably looked at around 200 imports and come across Kourtlin in mid-September,” Sutherland said.

“He was someone who really caught my eye with his ability to be able to score.

“We had a massive hole, especially from the perimeter. From outside we were last in the league in three-points taken and three-points made.”

Staying at Federation University residence, Jackson is here until September at a minimum.

He’s not only clear on his role in the team, but also areas of his play he’ll need to work on.

“This is definitely an opportunity for me to develop my game to where I want it to be,” Jackson said.

“I started as a walk-on at Iowa State and I worked my way into a scholarship at Southern Miss, so I just hope I keep getting better and better.”

While he’s only been in the country for 10 days, Jackson is adjusting to the Australian game and way of life.

He’s also well grounded on the potential challenges he may face being almost 15,000 kilometres from home.

“I’m a big family guy and love my family, so I’m going to get home sick a couple of times. But I’ll get used to it,” he said.

There’s also the change from the depths of a northern winter to our summer.

“Coming here is a little bit of a shock, but I’m getting used to it,” he said.

As well as shooting three-pointers, Sutherland said the star import would play other roles around the club.

He’ll be a mentor to up-and-coming players and get the same help from returning, and now-naturalised, once Energy import, Vashon Weaver.

“To have a guy with that much experience who’s gone through the process that Kourtlin’s now going through, he can mentor Kourtlin on how to deal with the Australian way of life,” Southerland said.

On the way the game is played in Australia, Jackson said it’s tougher and rougher than collegiate ball.

He said he was adjusting the way he played to account for fewer fouls being called, especially when driving to the net.

“Coach told me it’s going to be a little more physical, and I understand that,” Jackson said.

“If I get to the rim and then fall away, as I tend to do, they won’t call the foul, so I’m trying to work on that and finish around the rim.”

Latrobe Energy’s season tips off mid next month with a home game against the Blackburn Vikings.