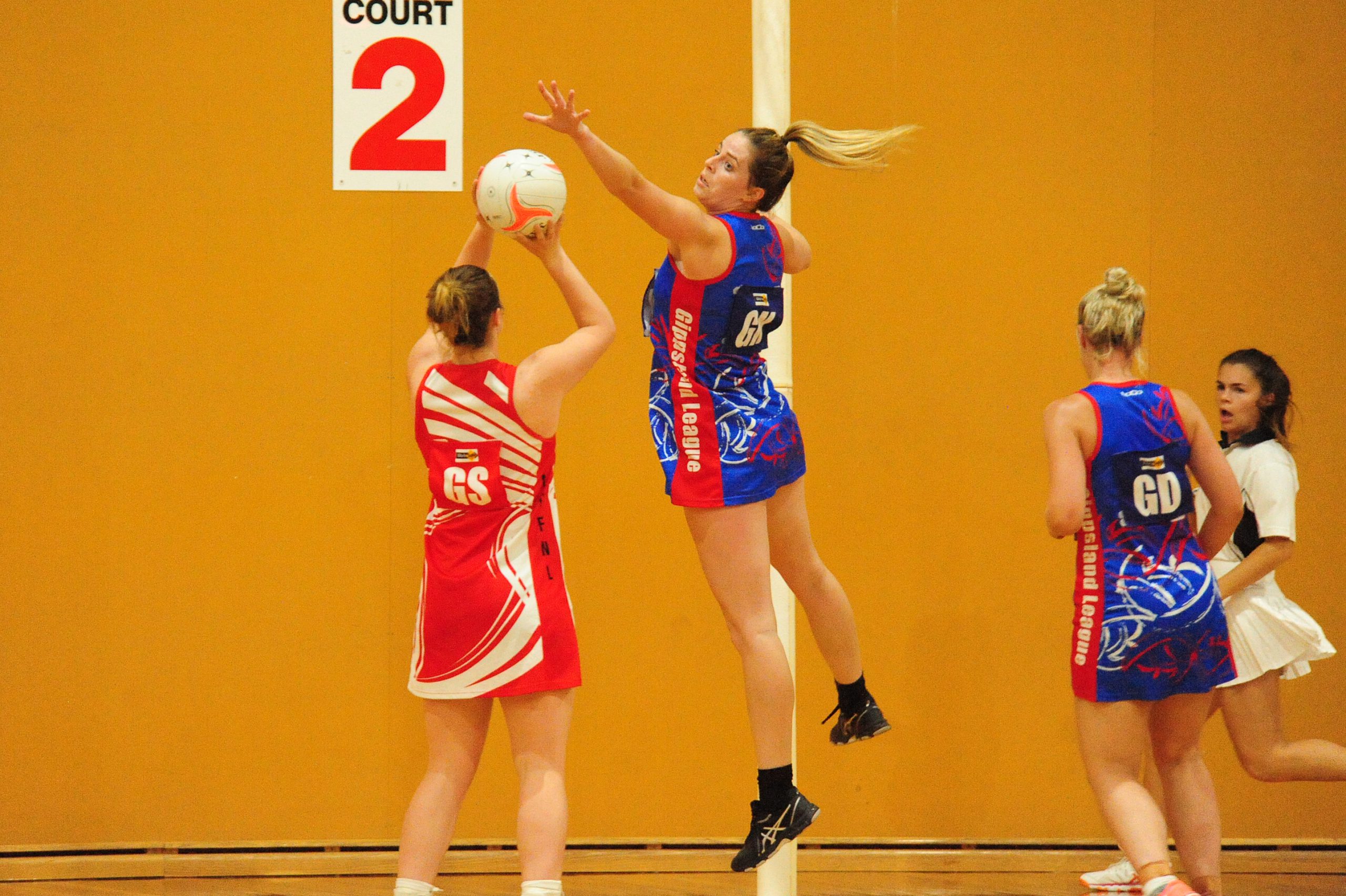 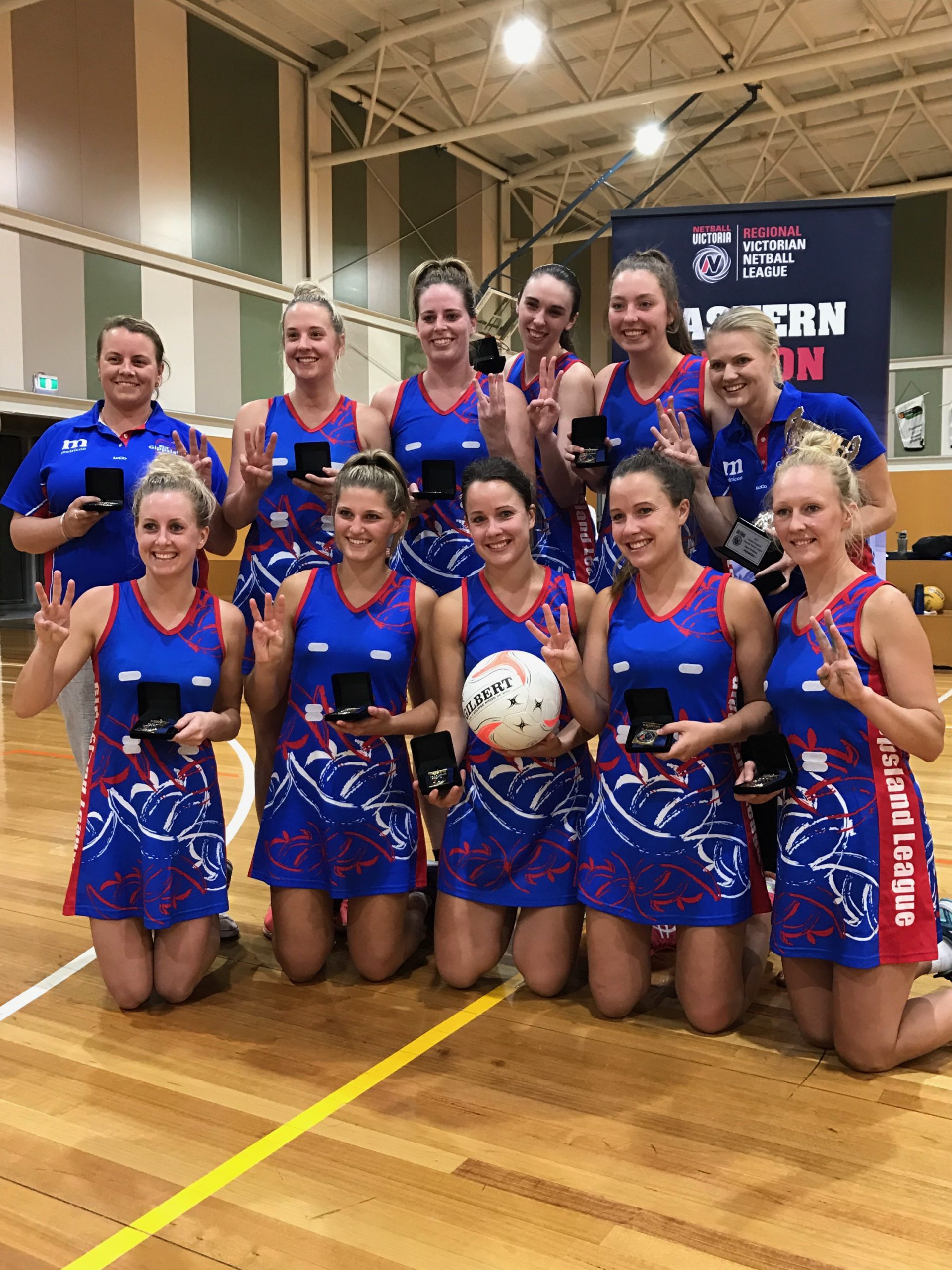 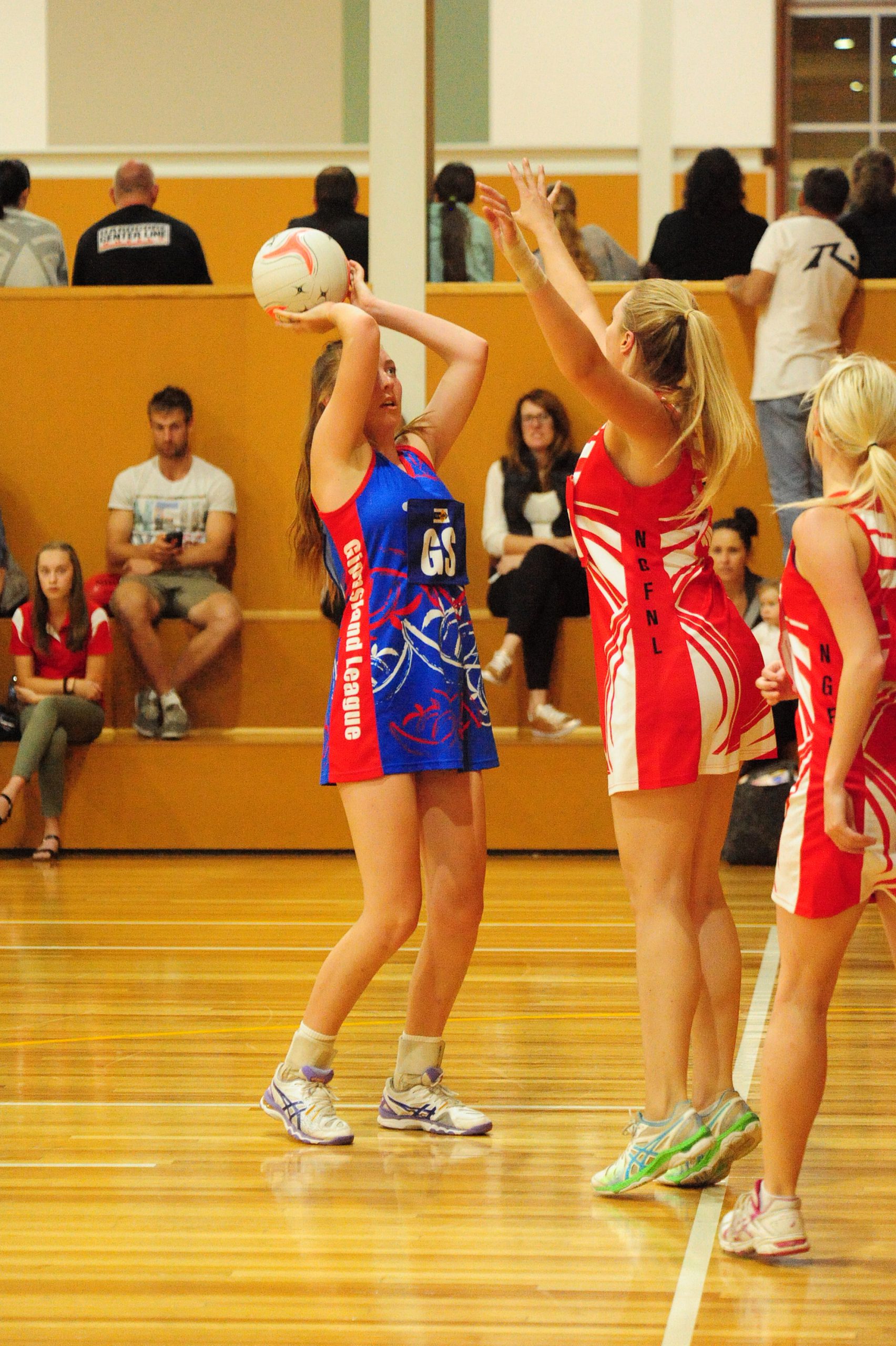 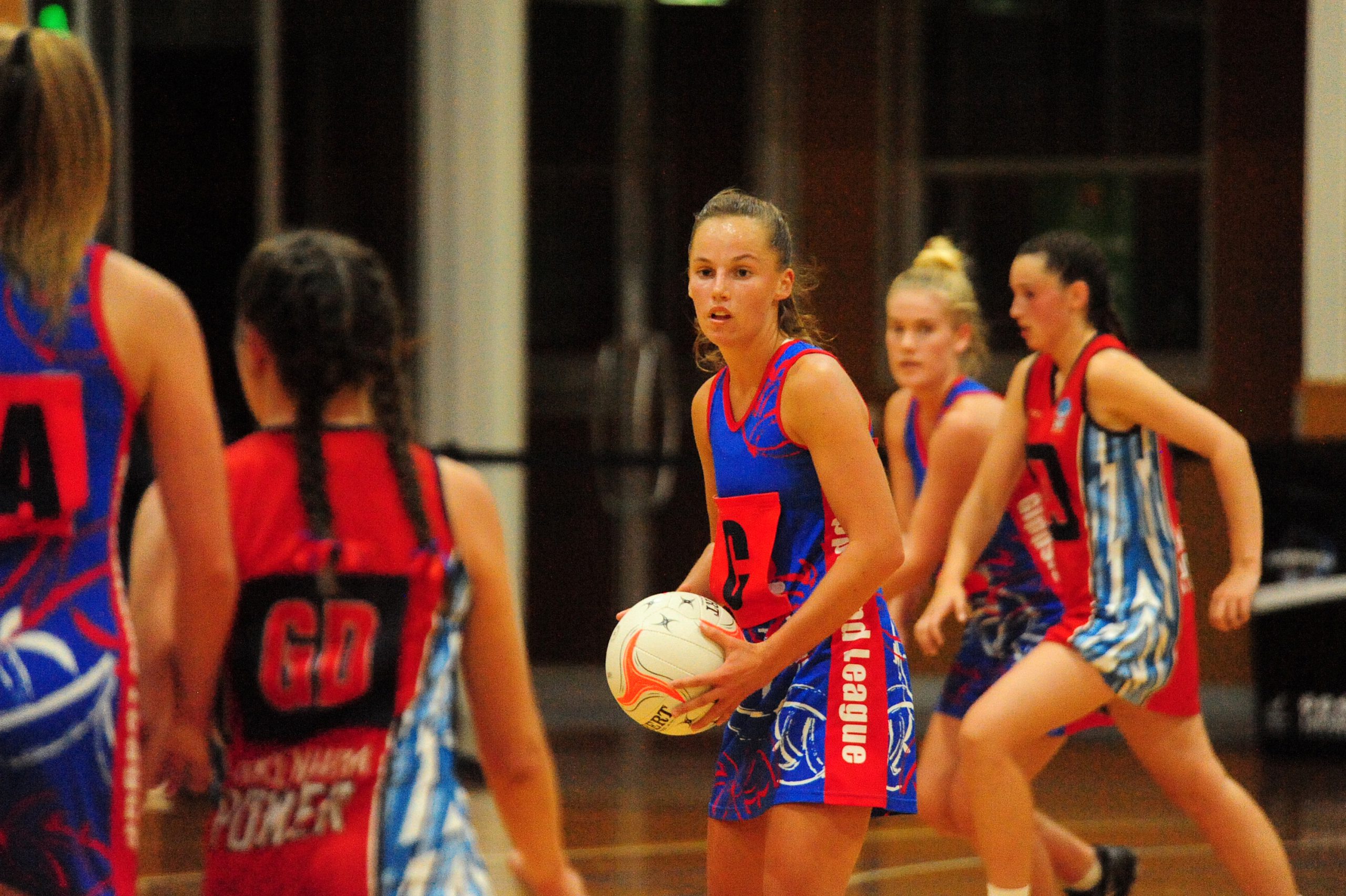 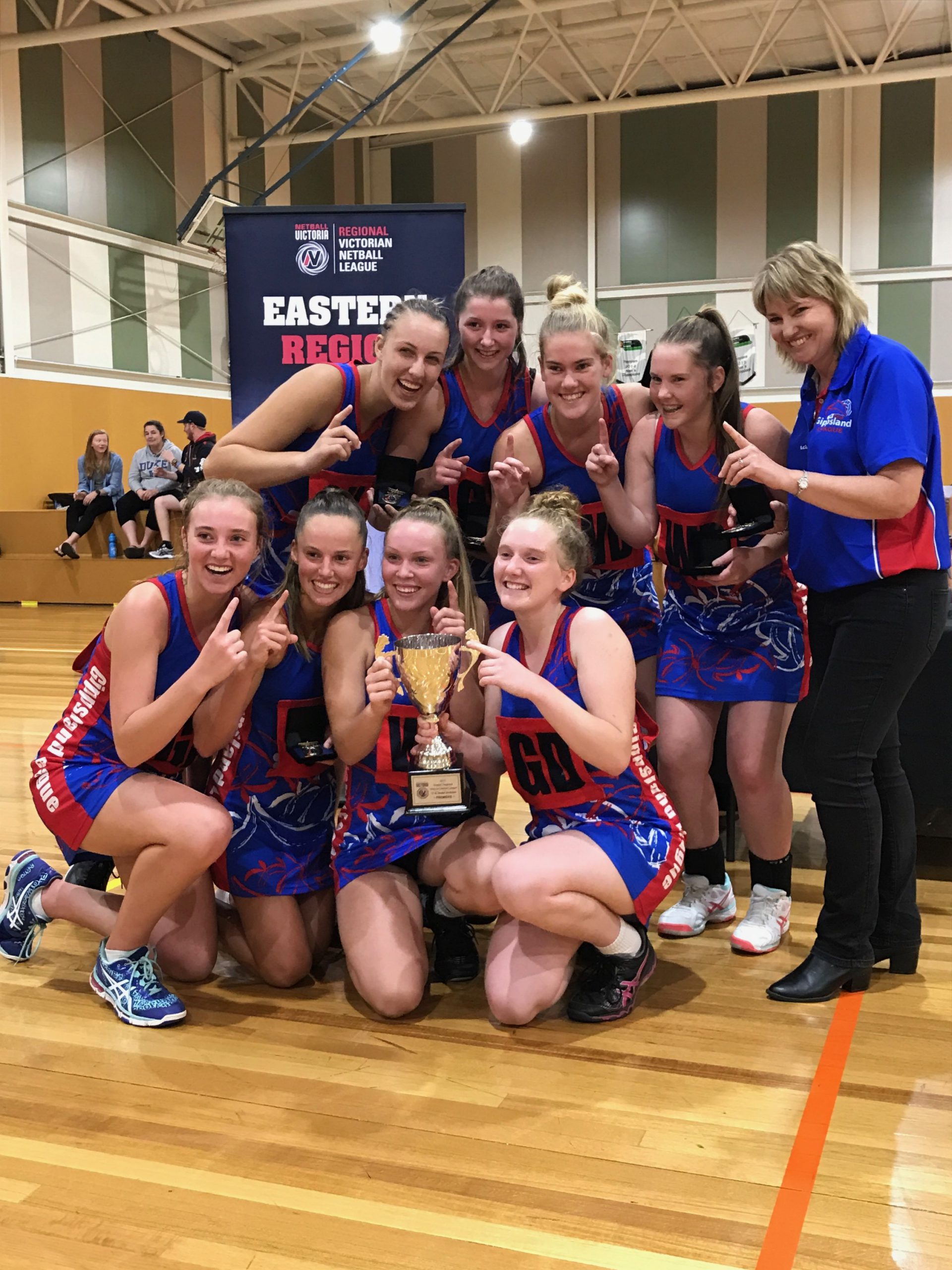 Senior grand final opponent North Gippsland was keen to capitalise on having its team of the year entered in the comp.

North was nothing but consistent all throughout the game, but it was not enough as Gippsland’s wealth of experience playing at the higher level was too strong.

Gippy’s Taylin Gourley missed only two goals for the whole game, stepping up and proving to everybody she can follow in her little sister’s footsteps and fill the hole Ramayer Gourley left behind after she was drafted into to play for the Victorian Fury in the Australian Netball League.

Gippsland started strong, finishing the first quarter five goals up, and in control every moment of the game pushing the lead out at all breaks.

Going into the fourth quarter the defending champs were 12 goals ahead but that didn’t mean they took their foot off the pedal.

In fact they had their biggest quarter of the game doubling North Gippsland’s score for the period and finishing 22 goals ahead, winning 59-37.

In the under 17s Gippsland and Pakenham hit it out against each other.

The regular season clash between the form sides of the competition saw Gippsland take the win by a point and a rematch in the final was hotly anticipated.

And the game lived up to expectations with the first period ending up deadlocked at 13 goals apiece.

Gippsland kicked in the second to jump clear by six goals going into the long break.

With memories of the 10-goal comeback mounted by Pakenham last time the teams met in everybody’s mind, Gippsland worked hard to prevent a repeat.

Despite losing vice-captain Emmerson Connolly in the last quarter to an ankle injury, Gippsland were able to capitalise on the lead and take the win 57-48

Gippsland’s Emma Allman was named best on court, and also walked away with the ‘coaches most wanted’ title and the overall ‘MVP’ of the series.