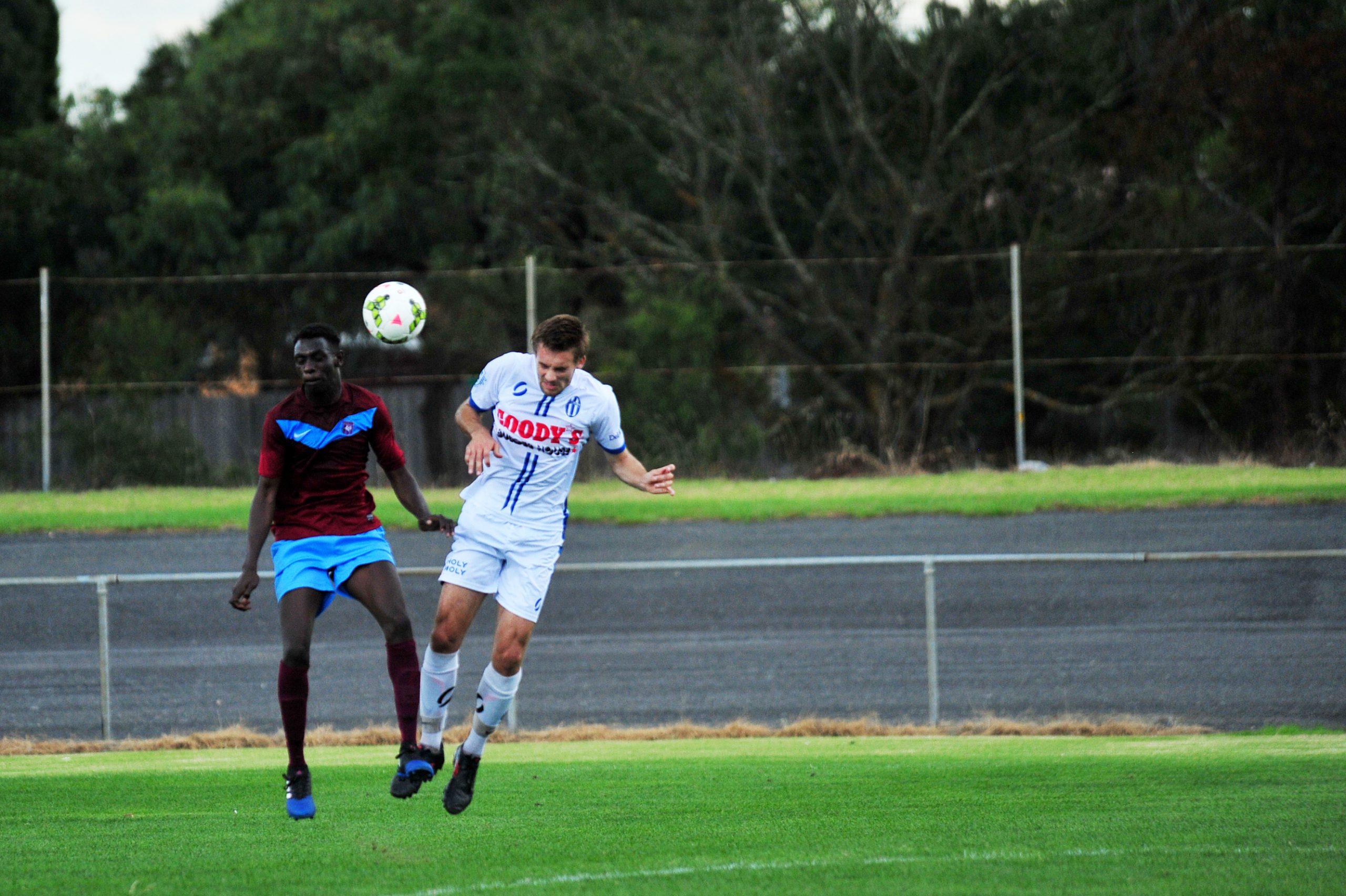 A lone goal midway through the first half was not enough to get the job done for Morwell Pegasus in its 2-1 away loss to Langwarrin SC on Saturday.

Pegs took the lead at 29 minutes via Alpha Turay and had the better chances of the opening period until a resurgent host took control.

“We would have been happy with a point, having said that, they probably deserve it a bit more than us.”

After the first goal Langwarrin pushed back, forcing the Horsemen into a defensive stance and denying some momentum going into the break.

“We were looking for that second goal to kill the game off,” Retre said.

Samuel Gatpan tried for that goal in a one-on-one with the keeper early in the second but it wasn’t to be.

“Had we put that away we would have won the game,” Retre said.

At 70 minutes Langwarrin’s ongoing drive paid off, rewarded for its effort with a greasy goal and then going on to take the lead 11 minutes later by way of a powerful strike from outside the area.

“It was a cracking goal,” Retre said.

“Our goalkeeper couldn’t do much about it.”

Retre also said Turay’s success up front was a blessing, but could become a curse.

No other Horseman has scored more than one goal in any competition and none have found the net in the club’s two league games.

“Our firing power, it seems like there’s just one guy scoring the goals,” Retre said.

“We need other players scoring goals around him.”

While naming specific areas to work on over the week, Retre was upbeat about the loss considering the side’s overall progression.

“We can do better than that but we’ve done well over the past three weeks, three good wins, there’s no reason why we can’t come back next week,” he said.

Morwell Pegasus play away again this Saturday taking on Casey Comets FC at Cranbourne from 3pm.

In FFA Cup news, the goal posts have literally been moved for the club’s round five tie.

Set to play Altona City on 13 April, Pegs will now face RMIT FC at a yet to be determined location, likely on the same date.

Original opponents Altona, who line up in State League Three North-West, were disqualified for fielding an ineligible player in rounds two and three of the knockout competition.

The re-admitted inner-city side has taken a hard road so far, playing since qualifying round two in late February with no easy wins.