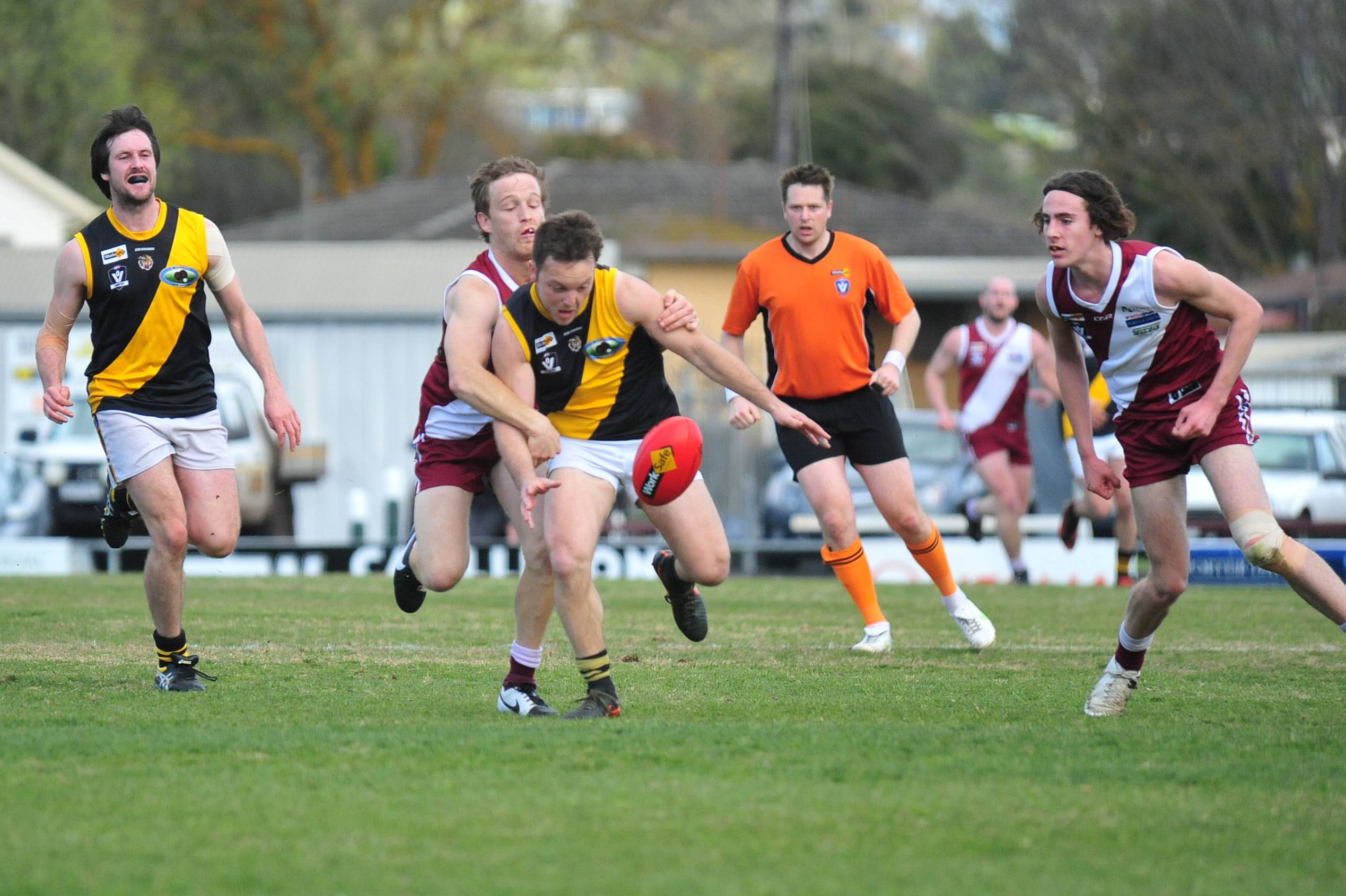 In perhaps their biggest test of the season yet, the Tigers will head south to take on a Leongatha squad smarting from a loss at the hands of Traralgon last round.

The Parrots will be out for a win and it’s Morwell’s job to stop them.

Leongatha had a few names in action at interleague, while the Tigers’ biggest contributor was Anthony Rosato, who played in the under 18s in an effort good enough for best on ground.

While not a must-win game for either side, this third verses fourth match-up could impart the kinetic energy required to inspire both teams to great things during the dark days of winter.

Eighth hosts fifth in the far east, and both sides have an opportunity to overcome early season challenges.

The Redlegs did it tough on the road to Wonthaggi last round but accounted for Warragul at home seven days before that.

Moe has struggled away, and at home, a bit this season, so a competitive effort is expected from both sides.

Neither squad paid a large tribute to interleague action and both will be fresh.

Moe coach James Blaser said he was factoring things like Bairnsdale’s young side, and large ground, into the Lions’ game plan.

Mitchell Stanlake is still out with knee soreness but Moe expects to get back Dylan Farrell, Nathan Lee and James De Virgilio.

Interleague wasn’t kind to the Maroons.

Adrian Slottje did his knee in the first 60 seconds and Tim Northe came off with a calf injury.

However, playing the Hawks this week may give the flag hopefuls a chance to rest and reset ahead of the stretch that includes the Tigers, Gulls and Moe in coming weeks.

Drouin put a large number of kids into the under 18s in Woori Yallock, a side that won by 39-points.

The fledgling Hawks could come out buoyed, or tired.

Slottje is expected to be out for a while and is waiting to see if his knee injury is an ACL, while Northe was always going to sit out the week after interleague.

Even with key injuries, Traralgon looks strong having put down highly fancied Leongatha two weeks ago by an impressive margin.

Traralgon is yet to lose this season, Drouin yet to win.

This is not expected to change by the end of round five.

Hoping for a return to winning ways is ninth-placed Sale, which will host Warragul.

The Gulls are in seventh place on the ladder after their upset victory over premier Maffra before the week off.

Following their victory over Drouin, the Magpies have lost to Traralgon and Morwell, with injuries taking their toll.

The absence of key players has given others the chance to step up, such as Jack McLinden, who kicked six goals against Morwell a fortnight ago.

Warragul has been inconsistent to begin the season.

The Magpies will need to find a way to quell the impact of the potent midfield combination of Nate Paredes and Brad Scalzo, the latter who was Gippsland’s best in last weekend’s loss to Yarra Ranges.

Brayden Fowler has shown signs of another good season in attack, having kicked 13 goals.

Trips to the eastern end of the league have proven difficult for Warragul since returning in 2005. The Gulls have played 31 games at Sale, Maffra and Bairnsdale in the last 12 years, winning just two of them.

With two weeks to recover from its first loss of the season, second-placed Maffra will host Wonthaggi.

The Eagles didn’t begin well at Warragul, losing by 16 points. Trailing by 34 points at the main break, the Eagles had the better of the second half, but it was too late.

A better start is critical against the Power, which is in sixth place after winning its past two matches.

Dominic O’Connor and Eli Richards have been prominent in the Wonthaggi forward line, which will take on a Maffra back line featuring in-form Jack Johnstone and Sam Pleming.

Aiden Lindsay and Kane McCarthy use the ball well around the packs for the Power, and will challenge the likes of Danny Butcher and Kel Porter.

If the Power can control the midfield, it will restrict supply to Eagles forwards Mitch Bennett and Darren Sheen having kicked 27 goals between them this season.