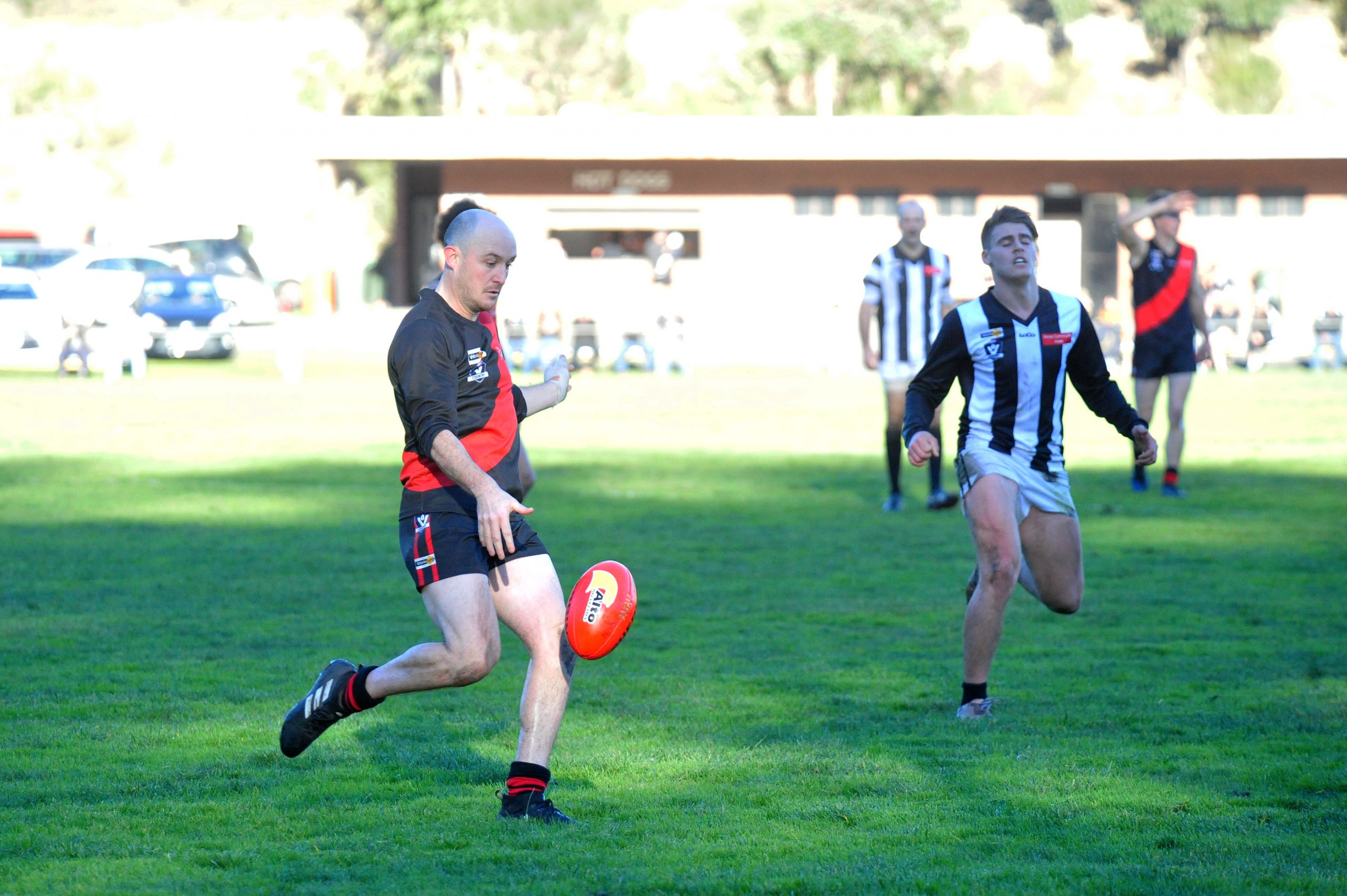 Yallourn/Yallourn North is enjoying being in top spot for the first time this season after defeating Yinnar in its one-versus-two clash on Saturday.

The Bombers have a golden opportunity to strengthen their position when they travel to Dowton Park Reserve to take on ninth-placed Yarragon.

The Panthers have just two wins for the season and are coming off a 20-point loss at the hands of Hill End last round.

With Yallourn/Yallourn North in good form, it is hard to see Yarragon overcoming the Bombers.

Football fans should be in for a good contest when Morwell East takes on Thorpdale at Ronald Reserve.

The Blues will be out for revenge after going down by a single point against Trafalgar last round.

Thorpdale dominated for much of the match but fell victim to a fourth-quarter Bloods fight-back.

The Hawks are riding high after claiming a surprise 25-point win over Newborough on Saturday.

With a top-three position potentially at stake for Thorpdale, there is plenty to play for.

This match, and Mirboo North’s clash against Hill End, are part of this year’s Indigenous Round during NAIDOC Week.

Boolarra’s woes look set to continue when it travels to Trafalgar on Saturday.

The Demons are yet to record a win and come up against a Bloods side which will be confident after upsetting Thorpdale.

Boolarra is in 10th place and Trafalgar is in sixth place behind Mirboo North on percentage.

Hill End put in a winning performance to defeat Yarragon and claim its third victory for the season.

The Tigers are looking to crack the top four and will use that as inspiration when the two teams face off at Walter Tuck Reserve.

With only four points separating second-placed Yinnar and fourth-placed Newborough it will be a battle of the wills when the two teams face off on the Bulldogs’ home turf.

Newborough has struggled to win in recent times, having lost its past three games to Morwell East, Thorpdale and Yallourn/Yallourn North.

This round presents the reigning premier with an opportunity to return to the winners’ list and get its season back on track.