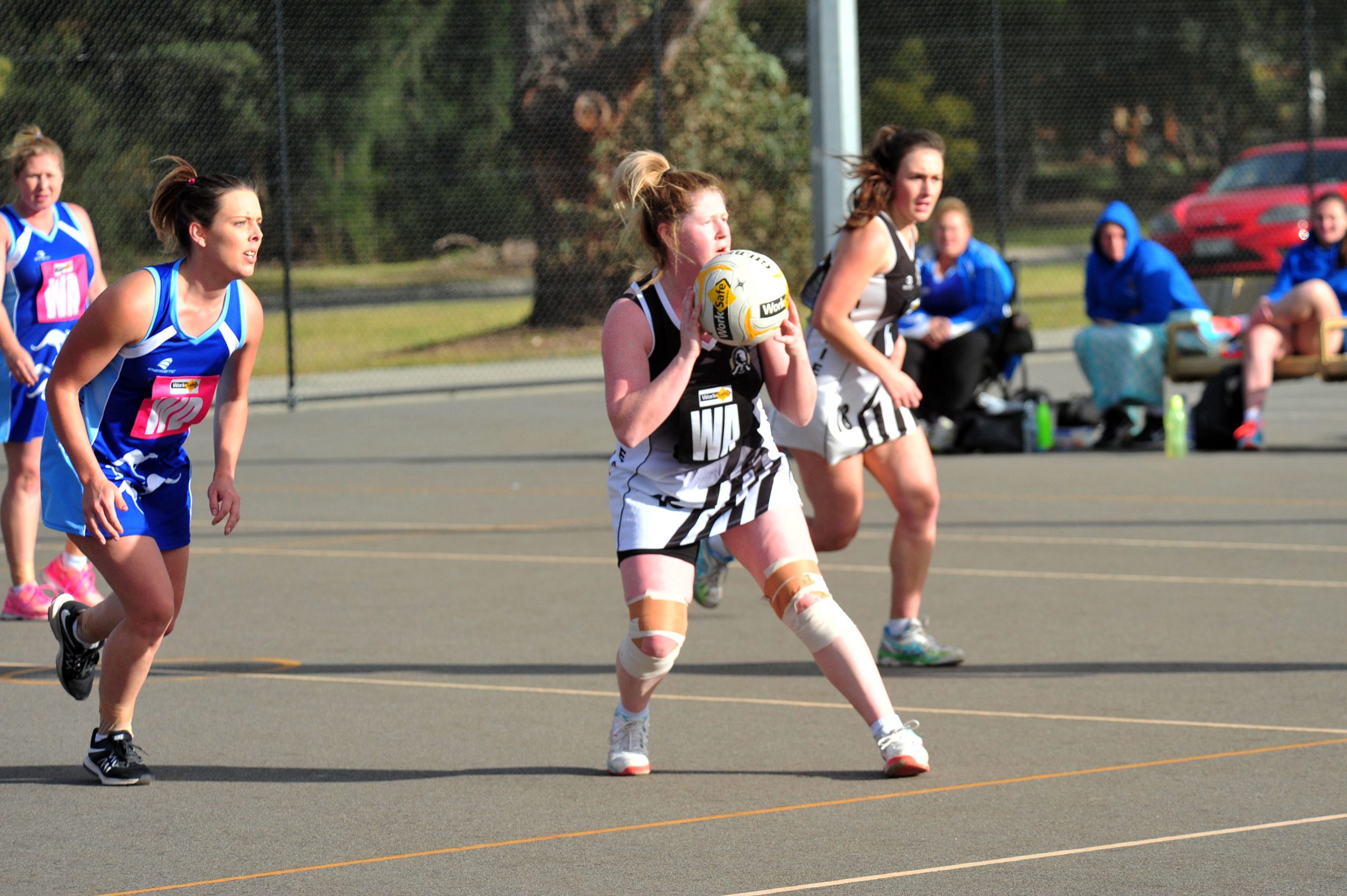 Luck was on Heyfield’s side on Saturday when it hit the road to Glengarry, defeating the Magpies in a hard-fought 38-32 win.

The Kangaroos relied on the assistance of Kara Wheeler from B grade as well as Britt Coridas, Jess Anderson, Traci Grogan, Elly Baranowski and Tayla Gallatly from C grade to field a full side.

Heyfield had the lead at quarter-time, 12 goals up before the Magpies bounced back in the second term to narrow the margin.

“We had five players away, two were in Canada for holiday and three were in Melbourne with their children for a basketball tournament,” Heyfield coach Kerri Chivers said.

“Our defenders were beautiful, our senior girls in Kaitlyn Ponton and Mel Johnston were on point in defence while Kara Wheeler was so accurate in front of goals.”

Heyfield remains the only undefeated team on the North Gippsland ladder while Glengarry round out the top three with nine wins and four losses.

The Kangaroos host Gormandale at home on Sunday while Glengarry have a week off for the bye, to play Yarram on the road next weekend.

Traralgon Tyers United was no match for Rosedale, going down by 15 goals to the Blues – 48-33.

The win comes as Rosedale expects to field a full team in coming weeks with the return of Amy Harrison and Caity Passalaqua.

The win was celebrated by former Blues star Ella Bertacchini, returning to the side as a fill-in after giving birth last year.

“Ella was outstanding, she gave us a bit of a target to feed to and a bit more experience in the circle compared to what we would normally have on the court,” Rosedale A grade coach Staci Scott said.

“The first quarter was fairly evenly matched but as the game wore on, TTU had some younger players, so I guess our experience just pushed us ahead of them.

“It was a good strong defensive effort and the ease of having Ella in goals allowed us to deliver the ball and get the score on the board… she’s very experienced and accurate.”

Megan Harrison returned to the side following a five week hiatus due to injury and other ongoing commitments.

Rosedale sits eighth with four wins, eight losses and a draw, two spots above TTU who have only won a single game.

TTU have the week off for the split round, to play Cowwarr next weekend while Rosedale hosts Churchill at home on Saturday.

Woodside continues to fight for top position following a 22-goal win over Gormandale on Saturday, 52-30.

The margin was close for most of the game until the Wildcats stamped their authority in the fourth quarter to shoot out to an impressive lead.

The Tigers’ battled away in the fourth with Carly Jennings brought off court with an ankle injury while Angela Fitzpatrick was treated for a jarred finger.

“We kept up with Woodside until three-quarter-time but following those two injuries we just struggled to maintain consistency and keep up,” Gormandale A grade coach Collette Justice said.

Lauren Lamborn was named best on for the Tigers for her work in defence.

Woodside remain second with 11 wins and two losses while Gormandale linger at ninth with one and 11.

The Tigers hit the road to Heyfield on Saturday while Woodside have the week off to host Sale City next weekend.

In a game that went down to the line Churchill and Cowwarr walked away with even points following a draw, 33-33.

The Cougars trailed for most of the game but managed to stay close to the Saints’ score at the main break, preventing a blow-out as the game progressed.

The Saints shot away in the third, up by nine goals at one stage before the Cougars dug deep to hold Cowwarr to three goals in the final term.

Churchill captain Kat Hutchinson said her side managed to catch up in the dying stages of game but “ran out of time” when the margin drew even.

Churchill plays Rosedale on Saturday while Cowwarr have the week off to play TTU next weekend.

In the final North Gippsland game, Yarram were too good for Sale City, securing its sixth win for the season at home, 48-30.

The Demons sit sixth on the ladder while Sale City sit fourth with seven wins and six losses.

Both teams have the week off due to the split round with Yarram to host Glengarry next round while Sale City play Woodside.