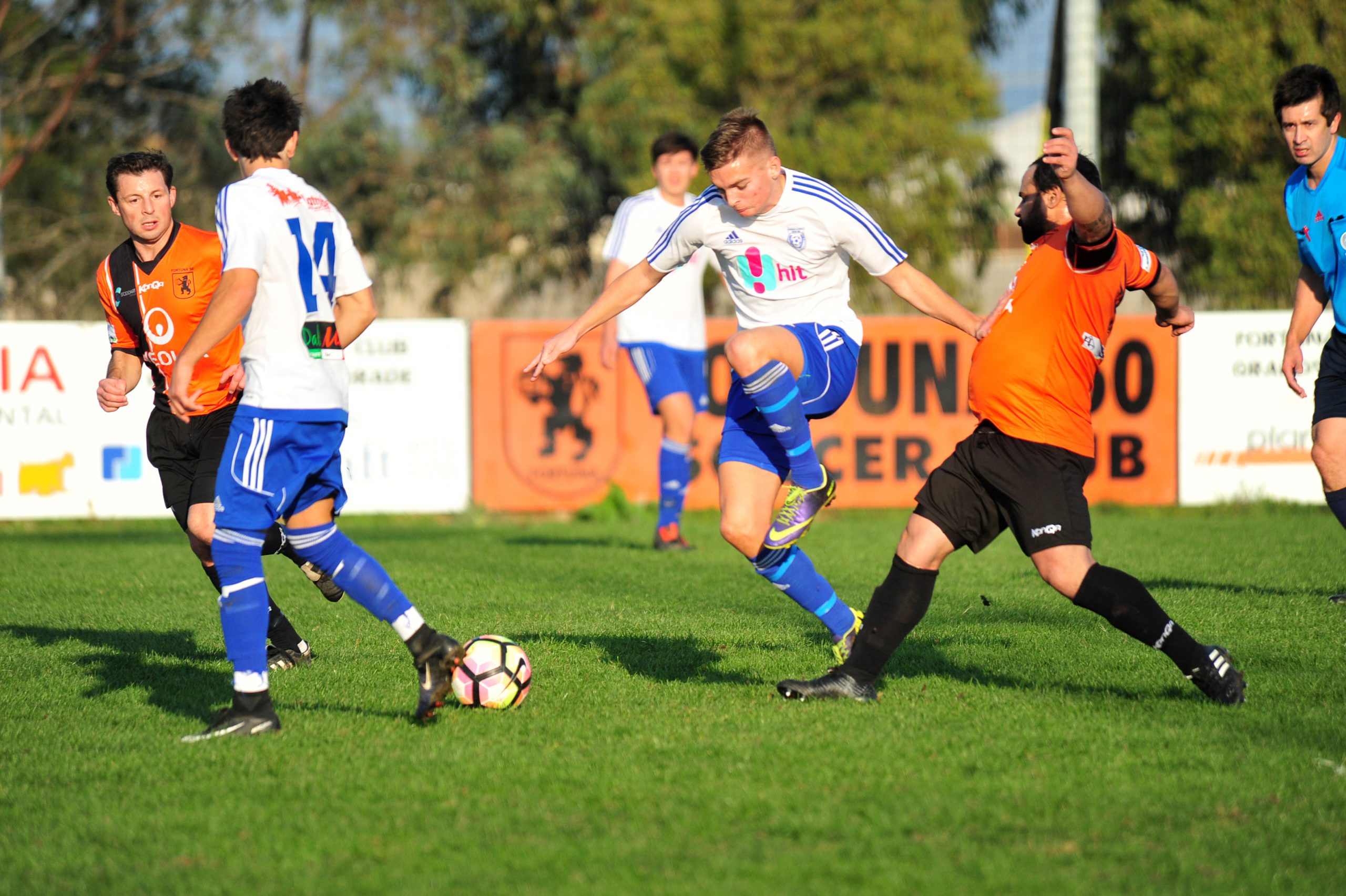 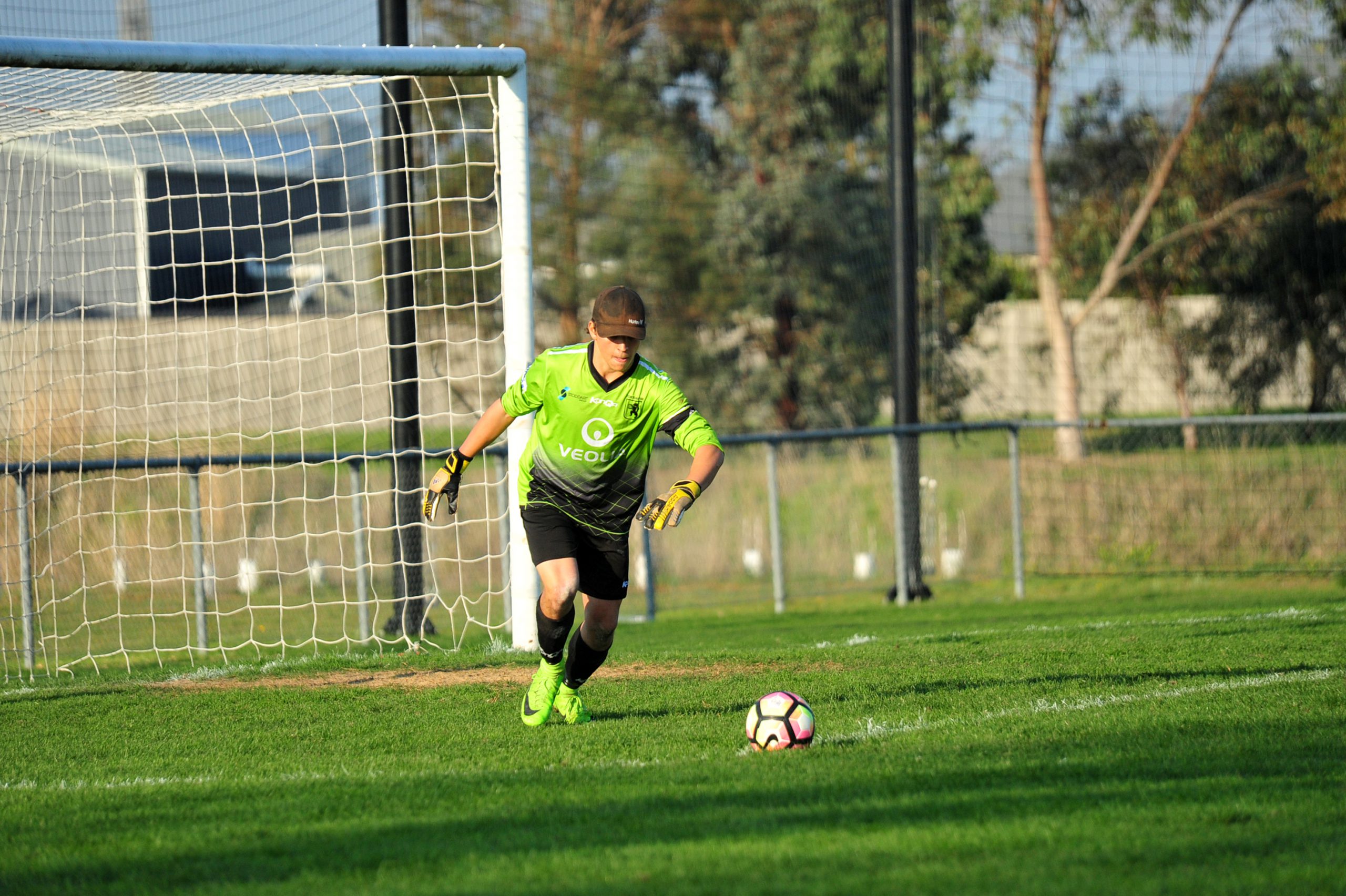 Trafalgar and Fortuna looked to be the match of the round, and it proved to be a hotly-contested game.

Fortuna got on the board at 23 minutes courtesy of an own goal.

Trafalgar tried to slow Fortuna by pushing back in defence, leaving only one forward.

Fortuna went into the break with a 1-0 lead.

With just 10 players, Fortuna was able to conjure another goal through Mauro De Luca.

Trafalgar pressed on and Nathaniel Paredes beat the keeper in the 89th minute, but Fortuna hung on to win 2-1.

After three successive losses, Sale made an impressive start against Monash.

Sale scored in the 12th minute through Tommy Nguyen, and 15 minutes later Nathi Khamchom scored to make it two.

Monash struggled and could not top the Sale defence.

At half time Sale led 2-0 and added another in the 75th minute through Nathi Khamchom.

Falcons were on the board in the eighth minute through coach Nick D’Allesandro.

A couple of yellow card incidents put pressure on both sides and Fortuna went into the break with a 1-0 lead.

A mix up at 61 minutes saw two players sent off as play became physical.

The Combine took advantage of Fortuna’s shortfall and were rewarded with an equaliser through Mark Fairbrother and the game finished in a 1-1 draw.

Olympians had to play hard against Churchill, and it was 15 minutes before Alradi Ali beat the keeper.

It was back and forward soccer until the Rams equalised 15 minutes later through Jarryd Johnson.

Within five minutes of half time, Olympians grabbed the lead again with an excellent goal from Brandon Scott.

At half time the score was 2-1, and with neither team able to score in the second half, Olympians ran out 2-1 winners.

Traralgon City in third position lived up to its standing and scored a barrage of goals against bottom team Tyers.

DJ Matar was key and scored a hat-trick to move to 20 goals for the season.

Jake Budija scored a brace and singles were scored by Liam Johnson and Joshua Patterson.

Moe got on the scorecard in the 11th minute with Matthew Shearing posting the first goal.

East Gippsland were competitive, but they couldn’t break through the tight Moe wall.

The Reds went 2-0 at 48 minutes through a boomer from Luke Bathgate.

A further goal in the 70th minute from Nick Dastey gave Moe a 3-0 win, and marked their sixth straight over East Gippsland.

Fortuna and Newborough/Yallourn will face-off for the 38th time this weekend.

Fortuna have won 33 of the 38 and head into the round 17 clash as hot favourites.

Traralgon City will look for its fifth consecutive win over East Gippsland this weekend.

The Roosters had an easy win last weekend, and with DJ Matar in good form they look set on recording their sixth successive win over the Eagles.

Churchill and Falcons have been great rivals over the years, but the two are at opposite ends of the ladder this time around.

Falcons sit atop the table while Churchill lags in tenth.

Falcons have had two drawn matches in as many weeks, and lose two players through suspension for this weekend’s clash.

This match will be broadcast by Gippsland FM.

An interesting matchup between sixth and seventh takes place this weekend with Sale and Trafalgar fighting for a finals spot.

Last time round Sale scraped in by a goal.

The Victory have lost their last two games and will be looking to redeem themselves for a chance to play finals.

The Wolves were put down by Sale last week and will be looking to avenge the defeat.

Monash has won its last six against Tyers and will look to continue its dominance in round 17.

Olympians are sitting in second on the ladder while Moe are holding the rest up in ninth.

Olympians may go in as favourites but Moe hold the advantage, winning 29 of 44 matches played between the two.

Clifton Hill had the advantage of a gale early on and used it to full effect, scoring at 5 minutes through Jonathon Voulgaris.

Casey Thomas took a long bomb which carried past the keeper.

Clifton Hill scored again through Daniel Thomas and at took a 3-1 lead into the break.

After half time the wind dropped and Clifton Hill packed on the defence.

On the rebound at 75 minutes, Casey Thomas scored his second to give Clifton Hill the win, 4-1.

Pegasus women’s team continued their winning streak with a hard fought 2-0 over Beaumaris to remain in top position.