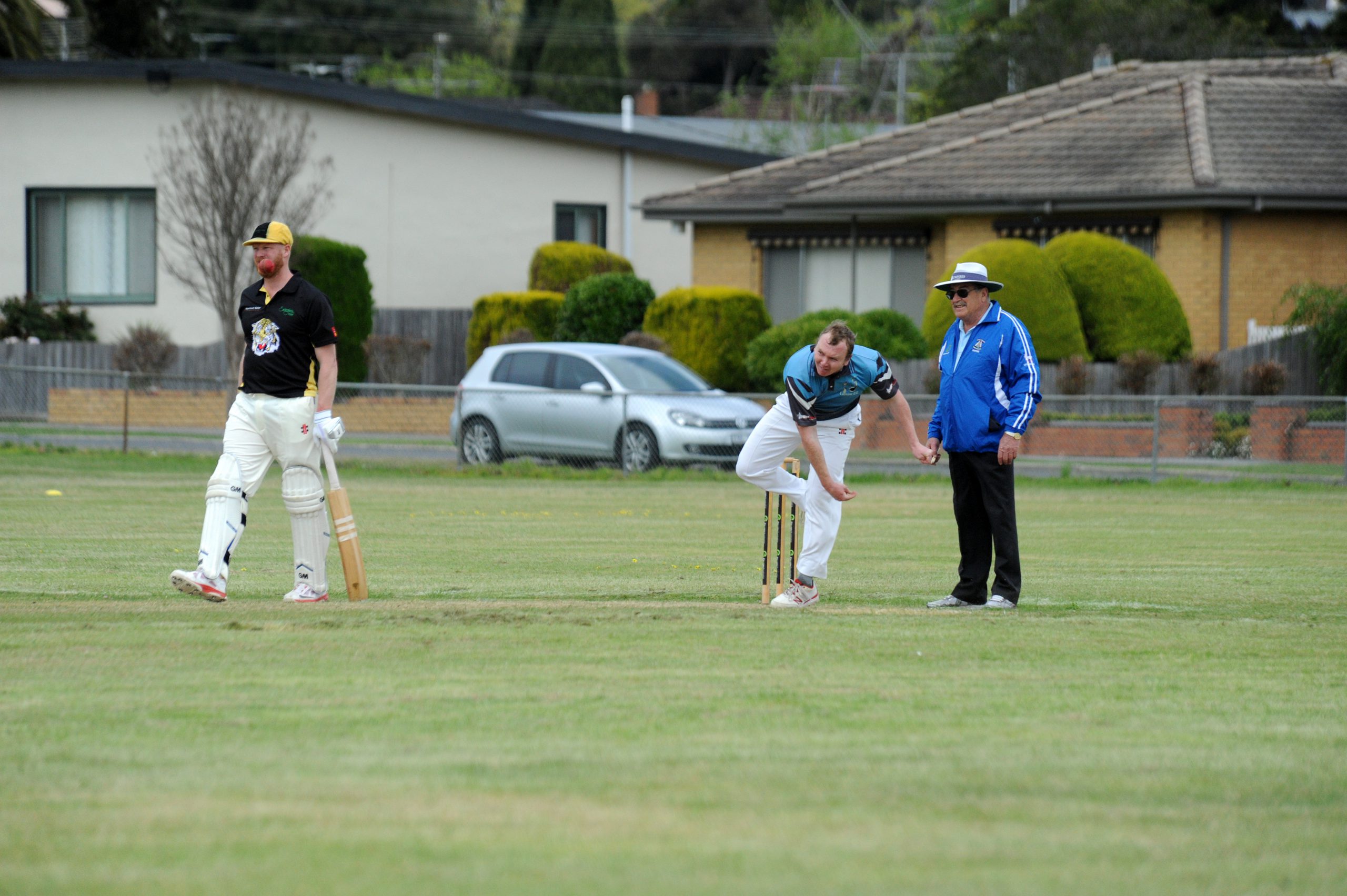 Mirboo North opened the batting and looked to be in strife at 3/30, but huge innings from Rob Phoenix and Will Cheatley helped steady the ship.

Phoenix top-scored with a ton, notching up 117 before falling to Steven Hanning.

Not to be outdone, Cheatley also reached the century milestone and made 104 of his own.

The pairing of Phoenix and Cheatley helped Mirboo to a score of 9/289 at the end of the 45 overs.

Tyron Gamage was the best of the bowlers for Latrobe, taking 3/7 including the eventual wicket of Will Cheatley.

The total of 289 was always going to be a tough target to meet and the defending premier wasn’t helped by a rampant Cheatley, who matched his effort with the bat and tore through the Latrobe top order with the wickets of Mark Lawrence, Will Kennedy, Hayden Kimpton and Justin Vajler for just 18 runs.

Steven Freshwater showed well for Latrobe with 62 including five boundaries but his side finished well short of the target with 7/118.

Mirboo North hosts Moe in round two action while Latrobe will look to bounce back against Jeeralang-Boolarra on the road.

Morwell got its season 2017/18 underway in style at the weekend with a landslide win over Jeeralang-Boolarra at Boolarra Recreation Reserve.

The away side batted first and looked jittery in the opening stages, losing Mark Cukier, Robert Webber and Glenn Bone for just 11 runs.

The Panthers’ run chase got off to a less-than-desirable start, with opener Nick Reed was trapped LBW by Lewis Harper for a duck.

Nicholas Duncan soon followed and was caught by Mark Cukier for just two.

Things didn’t get any better for the hosts and the Panthers managed a measly 63.

Stanley Jnr Urbanic top-scored with 17 and was joined in double figures by Ben McCormack and Matthew McGrath on 14 and 16, respectively.

Brendan Brincat inflicted the most harm for Morwell with 4/18, including two maidens.

Moe has asserted itself as a force to be reckoned with this season after disposing of Trafalgar in round one at the weekend.

The Ships won the toss and sent Moe in to bat.

The fall of Kane O’Connell for just three was a promising get for Trafalgar but that’s where the joy ended.

Andrew Philip and Noah Kane also made valuable contributions with 25 each while Trafalgar’s Liam Durkin took 3/40.

James Heslop and Brodie Burgess did their best to steady the Ships but the fall of Burgess for 14 kick-started an onslaught from Robert Blunt who finished with 4/15, including four maidens.

David Bremner Jnr provided some fight for Trafalgar and top-scored with 33 while opener James Heslop managed 27 of Trafalgar’s 117.