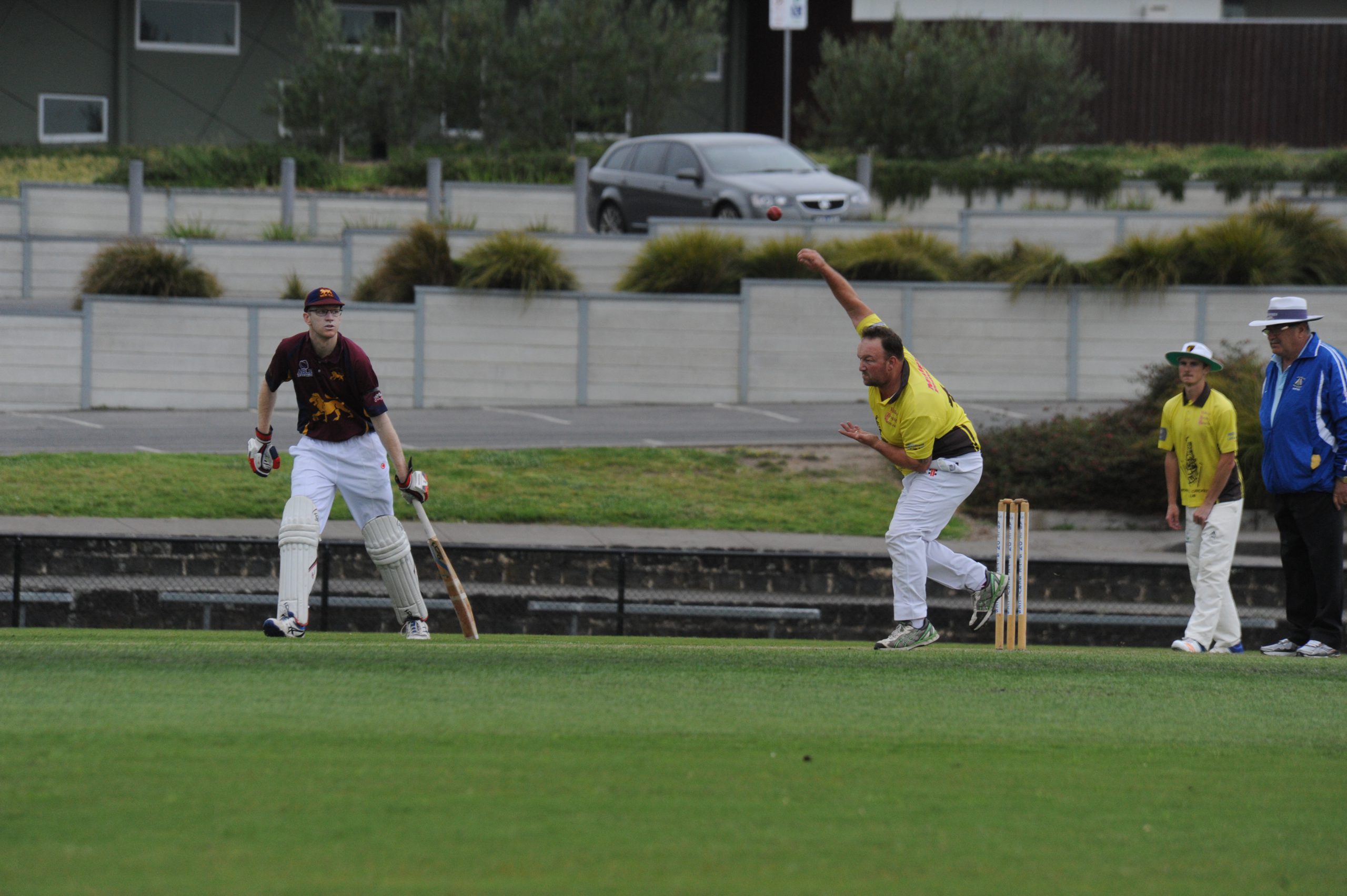 Defending premier Latrobe will look to get its 2017/18 season back on track this weekend when it comes up against in form side Morwell on Saturday.

The Sharks have endured a rather luckless season to date with their only win coming in round two against Jeeralang-Boolarra.

Latrobe was outclassed by Trafalgar at the weekend in round four and fell well short of the target in the run chase and was dismissed for just 74 in the 42nd over.

Hayden Kimpton’s 21 was the highest score of the innings for the Sharks with seven others out for singles figures.

Morwell comes in to the round five clash brimming with confidence after making light work of Moe at Ted Summerton Reserve.

Brendan Brincat tore through the Lions line-up and finished with 6/22 to see them all out for just 61 in the 19th over.

The Morwell batsmen again held their own with Robert Webber and Blake Mills both notching up half-centuries.

Mills’ 79 was the top score of the innings and Webber’s 62 was next best.

When the sides last met in the 2016/17 semi-final, the eventual premier dismissed Morwell for just 90 and went on to make 200 of its own.

Irish import Rob McKinley finished on 72 not out and Anthony Bloomfield’s knock of 78 was the top score, although neither has been a fixture for the Sharks this season.

This weekend’s game will be held at Peter Siddle Oval with play from 11.30am

Moe will host Jee r a lang-Boolarra in round five action this weekend and will look to return to the winners list after falling to Morwell at the weekend.

Moe’s undefeated run came to a screeching halt in round four as Morwell continued to stamp its mark as a serious premiership contender.

Nathan Lee’s 20 was the best of any batsman for the Lions in the loss as they fell victim to a raging Brendan Brincat who finished with 6/22 for Morwell.

Jeeralang-Boolarra heads in to this weekend’s game ready to pounce for its second win of season 2017/18.

The Panthers were overcome by 2016/17 grand finalist Mirboo North in round four and were set a target of 191 but managed just 67 in the run chase.

Matt McGrath’s 20 was the highest score of the Panthers’ innings while Dillon Leys was the best with the ball and finished with 3/35.

The sides played off in round 10 last season and the Panthers put on a respectable 163 but were overrun by Moe as it went on to make 194.

Andrew Philip single-handedly saved the day for Moe and cruised to a century, finishing 110 not out.

Saturday’s game will be held at Ted Summerton Reserve from 11.30am.

Trafalgar heads in to this weekend’s encounter with Mirboo North full of belief after knocking off defending premier Latrobe in round four.

The Ships put on 143 with Marco Higgins’ 60 the top knock of the innings and Brodie Burgess next best with 41.

The total was enough to see Trafalgar to the win after it dismissed the 2016/17 grand finalist for just 74 in the 42nd over.

Zack Brown enjoyed a field day and took 5/14 including the wickets of Benn Zomer and Mark Lawrence and Liam Durkin finished with 3/23.

Mirboo North also enjoyed a win in round four and made light work of Jeeralang-Boolarra, putting on a target of 191 before bundling the Panthers out for 67.

Rob Phoenix top-scored with 75 while Jed Alexander also notched a half-century and finished on 52 while Will Cheatley and Dale Banks took three wickets each.

This weekend’s game will be held at Trafalgar Recreation Reserve from 11.30am.