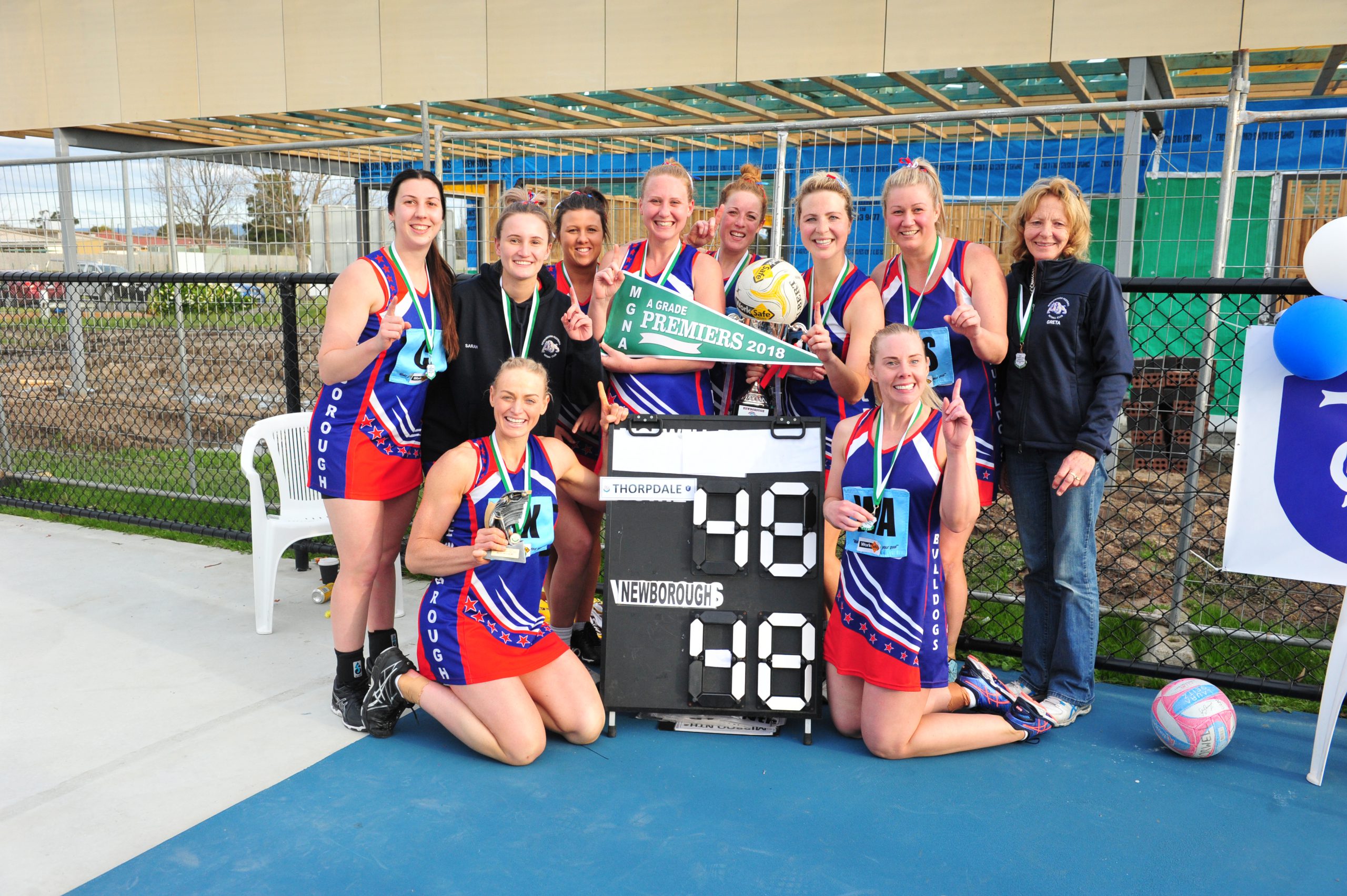 Reigning premiers Newborough were fittingly dogged in every sense of the word in 2018.

In a thrilling grand final for the ages, the Bulldogs avenged for their semi-final loss to Thorpdale with a stunning two-goal win in over time.

They have lost the services of premiership captain Courtney Risol who will no doubt leave a hole in defence and coach Greta Douch has also departed and will take on the lead role at Boolarra.

UNDER the lead of a new and well-credentialed coach, the Demons have almost an entirely new A grade side and renewed hope ahead of 2019.

Greta Douch, who coached Newborough to the A grade flag last year, takes over the reins and and brings with her a number of premiership players.

Jackie Price will be a welcome addition to the goal circle along with fellow former Dogs Stacey Windsor and Carrie McGlade.

Abbey Di Corleto, who won the B grade league best and fairest in 2014, will return to the club while other faces at the den include “born and bred Boolarra girl” Lydia Reiske and Michelle Masters, according to netball president Gabrielle Francis.

Carlie Woodbridge also returns to the club after a year with Churchill.

After finishing runners-up in 2018 the Blues won’t field an A grade side this season but have stalwarts Ashlea Stubbs and Claire Hammond leading the club in B grade.

They will also have sides in C and D grade and under 15s.

Among the departures are former league best and fairest runner-up Tanya Budge, who has left to play with Morwell in the Gippsland League.

A STRAIGHT sets exit in the post season wasn’t what Mirboo North had planned after finishing second in 2018 but a familiar face returns to help the Tigers in their bid to go deep in 2019.

Ebony Best, who was part of the 2014 A grade premier side, has slotted right into the top job after a few years with MDU in the Alberton league and knows what it takes to win a flag.

MEGAN Hancock will lead Trafalgar in a dual capacity as captain-coach in 2019.

Hancock, who has been with the club for more than a decade, captained the Bloods to the flag in 2017.

They scraped into finals by the barest of margins in 2018 but managed to win through to a preliminary final.

Their hopes of back-to-back were dashed at the hands of eventual premiers Newborough but a relatively unchanged list means they are ready and raring to go again.

Molli Havers also joins the side from Thorpdale and will fill Mason’s spot in the last line of defence.

THE Yallourn-Yallourn North netballers are ready to go for season 2019.

The Bombers have been buoyed by a strong preseason and some handy new recruits who promise to strengthen their stocks across all grades.

“Our players cannot wait for the season to get underway,” Mitchell said.

“Over the past couple of years the club has invested a lot of effort into our playing group and it is paying off on and off the court.”

IN one of the biggest off-season moves, Yinnar have secured the services of 2018 Newborough premiership defender and league representative Courtney Risol.

The Magpies have also managed to move into season 2019 without the loss of any A grade players.

Halie McColl comes to the club from Mirboo North for her first season with Yinnar and will coach the side.

“Courtney Risol was at our club a couple of years ago and has come back so we’re really happy,” netball representative Dee Buckley said.

“We’re very hopeful and we’ve had some good practice matches and we’ve got a nice bunch of girls and great coaches.”

THE Hawks won 12 games in 2018 and teamed home to earn a finals berth before being sent packing by eventual premiers Newborough in the first week of the post-season.

Co-coach Georgia Zammit said there had been “a lot of movement” at Morwell East in the off-season.

“We’ve got Samantha Labros who has come from TTU where she played as a junior and she has also been playing in Melbourne.

“We’ve also to two players come up from B grade in Stephanie Campbell who is mid court and Elise Campbell who will play in goals. They’ll be formidable in attack I’d say.”

Zammit said the side was “really looking forward” to a special night fixture against Boolarra in round three.

The Rovers will kick-start their season campaign by travelling to Morwell East this weekend.