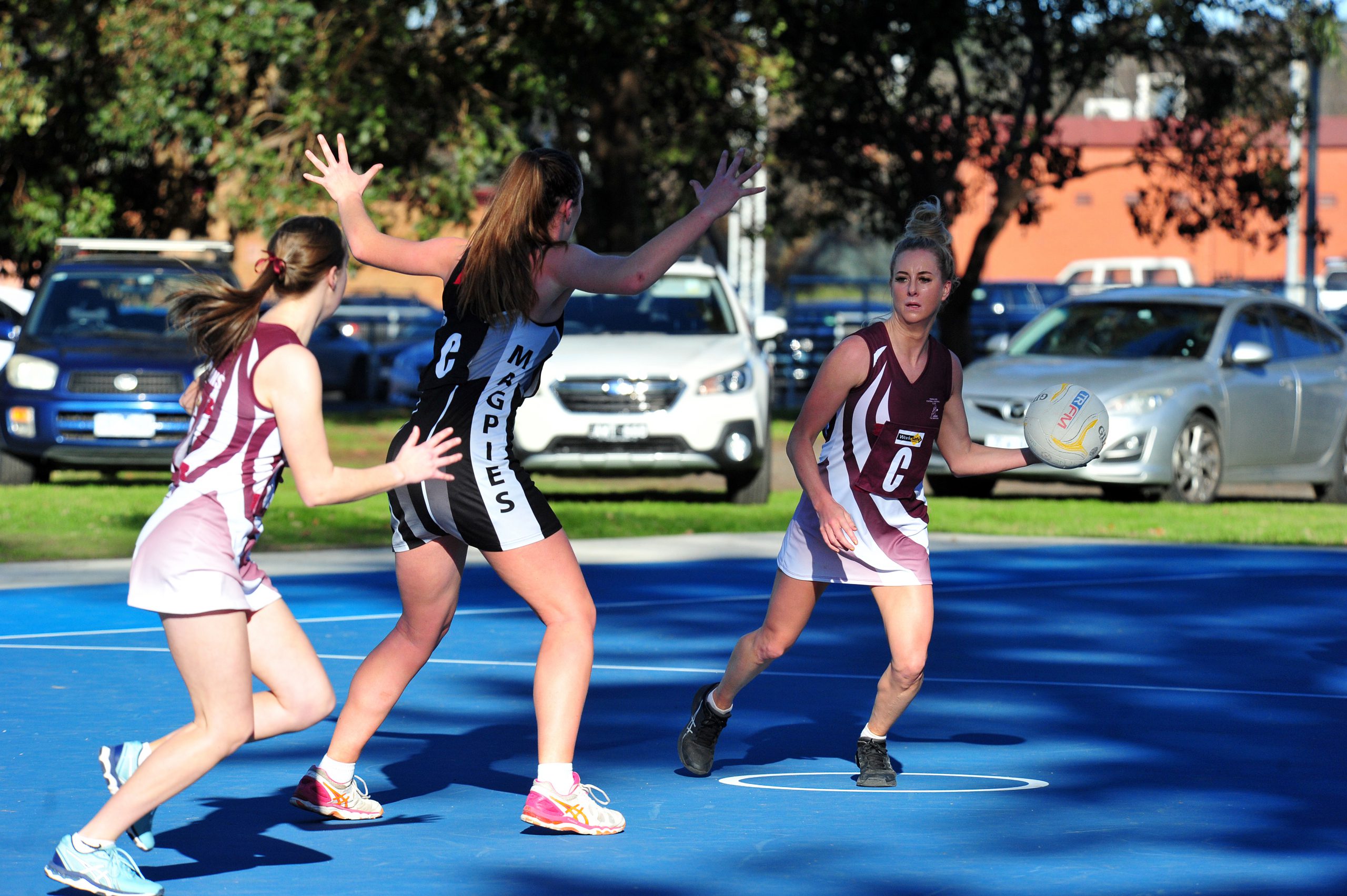 A Taylin Gourley-led Traralgon side recorded the biggest win of round 13 in the Gippsland league A grade competition at the weekend, burying Sale by 49 goals.

Gourley was at her indomitable best under the ring and converted a mammoth 65 of her side’s 81 goals with the remainder shared between Saskia Eenjes (three) and Maddison Stockdale (13).

Visitors Sale had no answers and the Maroons ran rampant across all areas of the court.

Stacey O’Brien and Kate French patrolled at centre while Caitlan Ponton was among the best at goal defence.

For Sale, Tori Dessent, Jennifer Wrigglesworth (18 goals) and Ruby Phillips were strongest on the day.

The Maroons sit in second spot on the A grade ladder with 11 wins, clear of Warragul by 19 percentage points.

Sale trail in seventh with three wins for the season to date, three off the pace of Leongatha in sixth.

Traralgon will travel to take on Wonthaggi this weekend in round 14 action while Sale head home to host defending premiers Moe.

DEFENDING premiers Moe were on the right side of a one-sided meeting with last-placed Wonthaggi at the weekend, downing the Power by 43 goals on the road.

Goal shooter Bella Hodgson was on fire under the ring and finished with 51 goals, supported by goal attack Georgia Moody who shot the remaining 28 with the pair best on court for the day.

Ellie Bates was among the best on court for a losing Wonthaggi side at goal attack and wing attack with 11 goals for the day.

Sophie Bolam at goal shooter also enjoyed a standout game and was among the best for Power.

The Lions, in fourth spot heading into round 14, host Bairnsdale this weekend and will be looking to bridge the two-game gap between themselves and Traralgon and Warragul in second and third, respectively.

Wonthaggi will hit the court again in search of their first win for the season against Traralgon on Saturday.

FLAG favourites Morwell were met with a formidable challenge on Saturday, holding off Maffra to win by eight goals on the road.

Claire Allison shot 31 of the Tigers’ 47 goals while Daisy Hill, who was among the best on court, converted 16.

Lexi Bowe was named in the best on court.

Centre machine Montana Holmes was a standout for the Eagles in the loss, as were Emma Allman and shooter Faith Biddle.

The win takes Morwell’s tally to 13 from 13, a run that appears unlikely to end this weekend as the undefeated Tigers take on sixth-placed Leongatha.

For Maffra, the task doesn’t get any easier in round 14 with the third-placed Gulls up next at Warragul.

BAIRNSDALE recorded their first win since round seven at the weekend with a seven-goal win over Drouin.

Sally Deller did most of the heavy lifting in goals and netted 39 of her side’s 56 goals. Deller and Michaela O’Connor were best on court for the Redlegs in the win.

Stacie Gardiner was most dominant under the ring for Drouin and finished with 33 goals and had support in Brooke De Riter (nine).