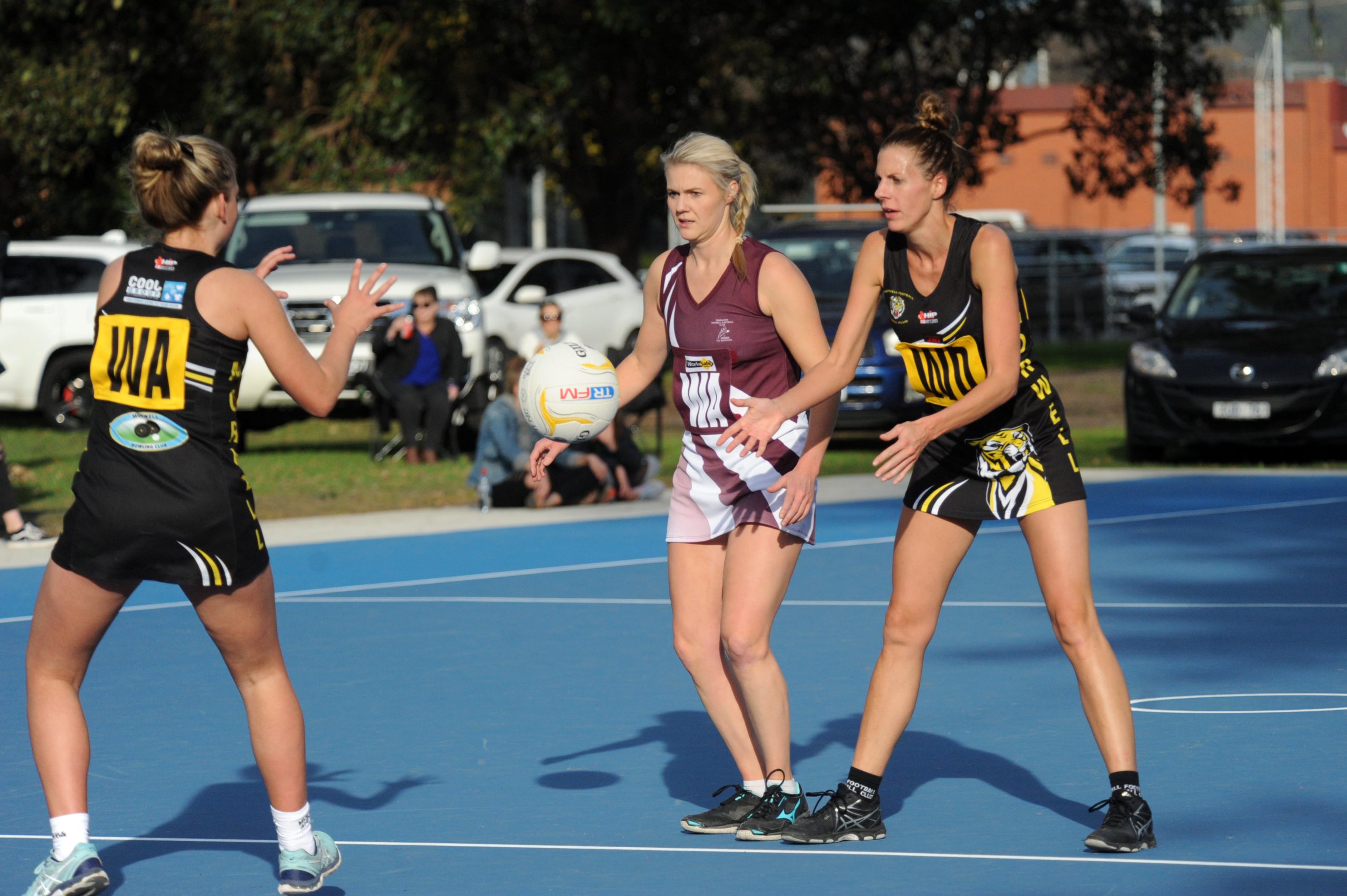 The top two teams of the Gippsland A grade competition will face off in the decider this weekend with minor premiers Morwell preparing to battle powerhouses Traralgon.

The Tigers took the points in round eight with an 11-goal win in enemy territory and the Maroons returned the favour in the reverse round 17 fixture with a 19-goal victory.

The second semi-final brought the best out of Traralgon once again as they won through to the decider, 48-38, leaving Morwell to a last-ditch playoff with defending premiers Moe in the preliminary final.

Traralgon coach Caitlan Ponton, who was named coach of the year at the 2019 league vote count on Monday night, was especially wary of the Tigers’ defensive end ahead of Saturday.

“Defensively they are very strong, especially with Courtney (Garth) and Lexi (Bowe) who are quite tall.”

The Maroons have trialled several positional changes this season, the main one being the swing of defender Ramayer Gourley into goals.

“It’s always an option to have Ramayer in goals, it just depends what happens on the day,” Ponton said.

“We don’t have a lot of height at goal attack, so that’s an option, but we’ve also already got quite strong shooters with Taylin [Gourley] and her height so we’ll no doubt rotate like we have been throughout the year.”

Ponton said Ramayer Gourley would likely start on team of the year shooter Daisy Hill, an “incredible player who is really hard to shut down”.

“But our main focus is playing our game. They’re very competitive and we need to make sure we stick to what we know from what we’ve learnt throughout the season,” Ponton said.

After an injury-plagued 2018 the Maroons found themselves scraping the barrell for players to fill the A grade side, a problem they haven’t had this season, according to Ponton.

“Last year we were struggling for players and looking everywhere, but this year we haven’t been too bad apart from myself missing a few games and Maddie [Stockdale],” she said.

Ponton pinpointed centre Stacey O’Brien and versatile mid-courter Kate French as players expected to lead by example for Traralgon on the big stage this weekend.

After finishing atop the ladder in 2018 and bowing out in straight sets in finals, Morwell co-coach Rachel Tatterson said she was “really happy with the results” this season.

“We had a few changes this year in the lineup with Tanya Budge and Daisy Hill coming back, so I think we went into the season strong and have performed really well,” Tatterson said.

Tatterson cited Maroons shooter Taylin Gourley as “the main one to shut down” on Saturday, with sister Ramayer posing an equally damaging threat.

“They’ve got a really tall shooter in Taylin, so if we can put the pressure on before it gets down there then that’s ideal,” she said.

“But our defensive line has performed well against her this year with Courtney Garth, Lexi Bowe and Tanya Budge I think our defence is really strong.

“Ramayer has been a little bit of a challenge for us with her height and rebounding ability, so our shooters need to be accurate.”