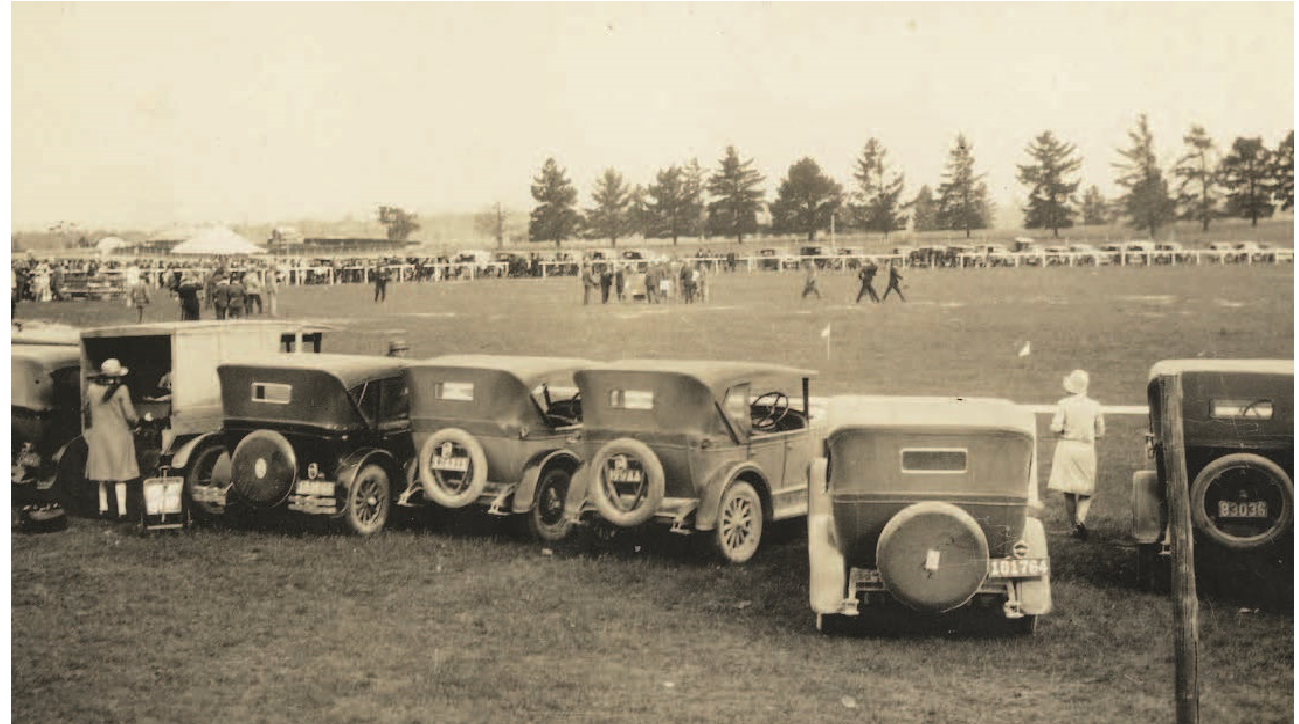 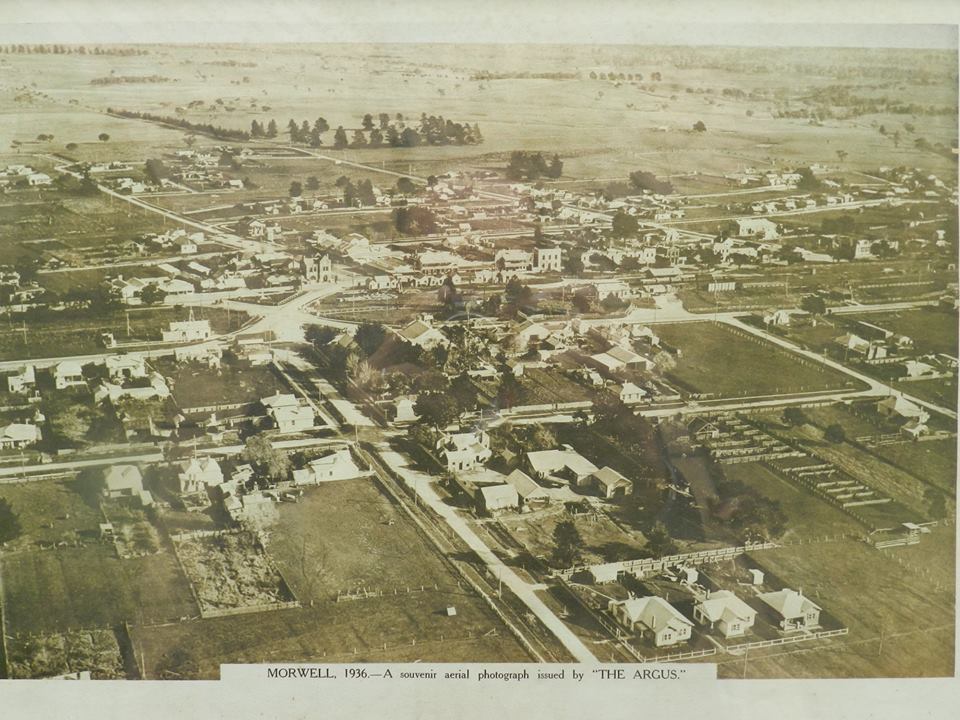 The Morwell Cricket Club will celebrate its 140th birthday next week on October 10 and has issued a call out for any members of the community who have been involved along the way.

The club was formed from humble beginnings at a meeting held at Murdoch’s Cricketers’ Hotel on October 10, 1879.

An edition of The Gippsland Times published on October 17, 1879 reported on the meeting.

“A very numerously attended meeting was held on Friday at Murdoch’s Cricketers’ Hotel, Morwell, Mr Manton in the chair, to establish a cricket club in Morwell,” it read.

“A general feeling of enthusiasm seemed to pervade the meeting. All present were enrolled as members. The entrance fee and monthly subscription were fixed at an adequate rate, and at the same time within the means of all.

“A substantial sum is already to the credit of the club, which possess the greater part of the cricketing materials necessary. After the enrolment of members the election of officers took place with the following result.”

“A vote of thanks to the chair terminated the proceedings,” the article read.

Murdoch’s Cricketers’ Hotel was located on the corner of Commercial and Hazelwood roads where the current Hare Building is located.

Cricket in Morwell actually preceded the meeting with one game reported on December 26, 1878 between Rosedale and Morwell when Morwell was entrenched as railway workers’ camp as the first land sale in town did not occur until January 1879.

Early games against Sale and Rosedale were played among other clubs with reports being sparse and details of the games vague with community dances and balls a feature of the community-focused club.

The first recorded win came against Narracan on Monday April 14, 1884 as reported by the Traralgon Record.

“On Monday there was a contest, on the local cricket ground, between teams chosen from the Narracan and Morwell cricket clubs, when the latter scored a victory with 23 runs to spare,” it read.

Early Morwell Cricket Club games were played at Keegan’s Paddock, the Keegan family owning a substantial piece of land between Hazelwood Road and the Mirboo North railway line with the oval apparently located somewhere near the current Keegan Street ground.

Games were generally low-scoring and only three teams surpassed the 100-run mark in the first 10 years of the club’s history, with the norm being somewhere between 30 and 60 runs for most totals.

Morwell entered into its first cricket competition in the 1883/84 season when, along with Waterloo (Yarragon), Warragul, Darnum, Drouin, Buln Buln, Longwarry, Traralgon and Moe, it participated in the South Gippsland Challenge Cup.

While Morwell did not fare so well in the competition that season, with only one recorded win, the club did host the final.

In 1887 members of the Morwell, Narracan and Mirboo Pastoral and Agricultural Society purchased land for what was to become the Morwell Showgrounds, south of the present Keegan Street oval.

This was to be the cricket club’s home for the next 38 years.

Playing for the Mason Medals, Morwell defeated Yinnar in the grand final, 56 all out to 8/57 on March 4 and 11 that year.

The 1890s were a particularly busy period for the club, often playing in two or even three leagues in any given season, with most leagues being made up of four teams and playing each other twice before a final. Games in these leagues were well-reported as often the name of the local newspaper was also the name of the league, with the Morwell Advertiser Cup and the Journal Challenge Cup being mainstays of local cricket competitions at the time.

The period between 1900 and end of World War I was a lean period for the club with only 32 games played over a 19-year period.

At the end of the war, Morwell came out guns blazing into the newly-created Traralgon and District Cricket Association in 1920 and took out their second premiership in 1922, defeating Traralgon, Traralgon Railways and Rosedale for the title.

Morwell then moved to what was to become the Yallourn and District Cricket Association in 1922.

The Morwell community in the 1920s was becoming more ambitious with cricket and football clubs on the hunt for home grounds of their own.

After some consultation with the Morwell Shire Council a number of community fundraisers and ‘Gymkhanas’ were held to raise funds to purchase a block a piece of land suitable for a recreation reserve.

After community consultation and inspection of six sites, Mr Ben Ronalds’ paddock, known as ‘Keegans’ was decided upon as the venue of choice for the Morwell Recreation Reserve.

Various members of the community donated funds towards the cause and, after some land work on the site, the Morwell Recreation Reserve hosted its first sporting event – a game of cricket on December 19, 1925 between the Morwell and Yallourn fire brigade cricket clubs.

Cricket continued in Morwell throughout World War II, the club installed the first turf wicket on the reserve in 1946.

In the 1950s the club grew to include B grade, C grade and its first junior teams as the association changed names to the Central Gippsland Cricket Association in 1950.

The club’s first training nets were built near the Travers Street entrance to the Morwell Recreation Reserve in 1950.

The shared cricket and football grandstand and change rooms were built in 1962 where many a premiership celebration was to take place.

The club continued to grow into the 1970s with up to five senior and five junior teams in any one season during this time.

The 1972/73 season was a particularly successful season for the club, winning all three senior premierships on offer as well as the junior premiership and as all association awards bar one.

The club hosted the Australian Cavaliers Cricket team at the Morwell Recreation Reserve 1978 during the World Series Cricket Country Tour and a Sri Lanka v Gippsland match in 1984 among other prominent matches and numerous local grand finals.

The club grew further in the 1990s and early 2000s with the addition of more junior grades, a women’s team and the move to a new social headquarters at Keegan Street in 1994.

The advent of the internet has seen the club record a thorough history, available for the world to see, including records of over 2000 participants who have played over the past 140 years and records of all 73 premierships it has won.

The club has since moved its social base to the more central venue on the northern side of the Keegan Street oval, closer to the main ground at Morwell Recreation Reserve.

The Morwell Cricket Club will be celebrating its 140th year over the Melbourne Cup long weekend with a home first grade game against cross-town rivals Latrobe on Saturday.

There will be a number of other events held across the weekend.

For further information and bookings, phone vice-president Brent Reside on 0448 831 536 or search for Morwell Cricket Club on Facebook.