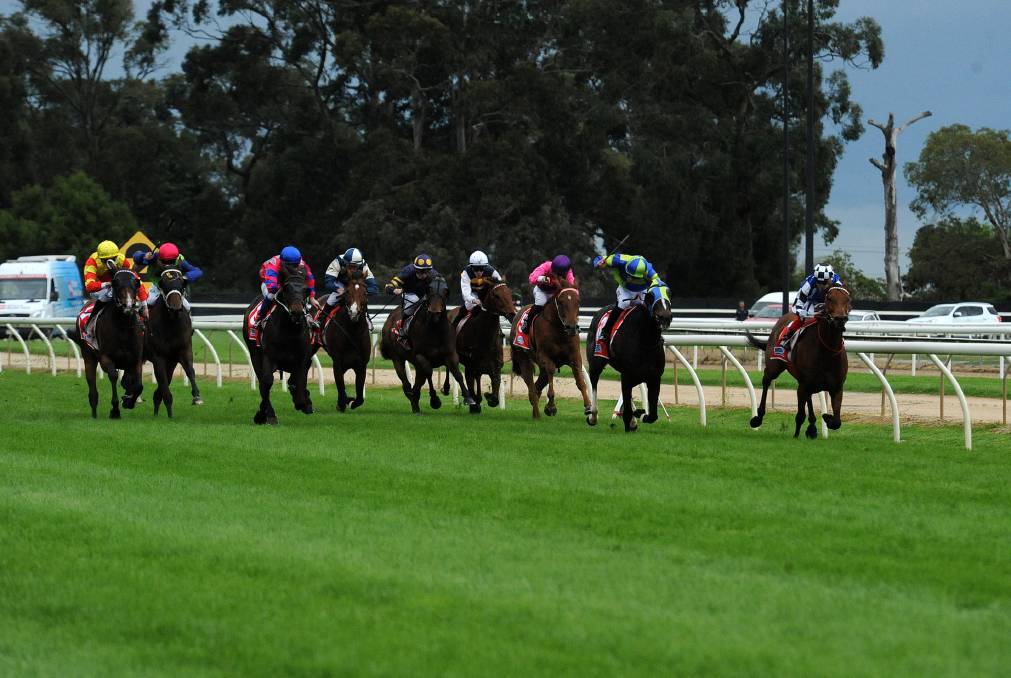 Cup day gets underway with a maiden sprint with plenty of chances. The track is currently at a Good 4 but the expected rain could have an impact on this race – something that will be a factor for the entire meet.

Johnnyel duly goes in as favourite after a placing over a similar distance at Seymour on debut earlier this month. The top two in Helavabel and Hot Reward are in with a shout after trialling well.

Llessur and Bless Her could show, especially if the rain stays away. Magaman has had a couple of handy runs while Teddy Mercury should show better than its run at Tatura last month.

Mnemba ran third on a soft Moe track on debut last month and with Beau Mertens on board again, the three-year-old looks a decent shout. The wider gate this time out may be a little concern.

Another maiden over 1100m with Last Bling getting a bit of attention in the markets as the favourite. She has showed plenty of promise in her two trials and being bred out of the mare that is the half-sister of Makybe Diva can’t hurt.

Glass Ceiling could show against after a good second at Wodonga and the barrier one draw is encouraging.

Moe-turned-Pakenham trainer Michael Templeton has a runner in this one in Leica Rock. It is on debut here and he is sired by the stallion Rock Face out of the dam Tagrheed.

Eight One Sanchez has 15 starts for four third places finishes. A mention for trying.

The third maiden of the day is over a medium distance. It is a field with some relatively experienced runners and Olympic and Ears the Barman are arguably the top picks. Ears the Barman has a couple of strong runs at Geelong at a slightly shorter distance while Chris Waller-trained Olympic is much better than its last couple of runs suggest.

Port Royal resumes and he is an intriguing runner. He ran third behind Group 2 winner Stars of Carrum on debut at Yarra Glen.

Sayl could be competitive and Themagicneverends represents a value pick for a place.

Moe trainer Peter Gelagotis has $31 shout Fandral in the mix. His record isn’t much to write home about.

It’s all about Aree Al in race four with the four-year-old showing plenty of class over his first three starts including a win over 1200m at Cranbourne in August. It’s yet to jump out of the near gate, but that and having champion jockey Damien Oliver on board can only help its claims.

Fuga, Kev’s Lad and King Landon could contend in their first runs at Moe while Reliabelle has form at the track, especially in wet conditions but has never run under 2000m.

Moe trainer Allison Bennett has two horse in this race in Mr Chrisma and Crisis Point. If you want to back a local in this one, Crisis Point could be a place getter after back-to-back thirds at Bairnsdale over the same distance.

A pretty even race with Something Silver going in as the favourite after putting in a good effort at Moonee Valley in a Group 2 class back in September. The five-year-olds solid record in wet conditions should overrule any major concerns about the wider barrier draw.

Mick Price and Michael Kent Jnr-trained Jenkins is a top chance after only being beaten first-up on the line at Mornington last month.

Mahis Angel looks decent after coming from well back to place over 1400m at Benalla last month.

Epic Moment and Calling Us Home has something to offer, in particularly the latter who took out its last two runs at a shorter distance than this.

Bennett’s Appmat will come out of gate nine, it resumes from a spell but probably needs a longer race to be a real chance.

The first run of the day over 2000m looks to be a pretty good race.

Defibrillate and Akamon are jousting for the favourites tag with the former coming in from $6 to $3.20 at time of publishing. The five-year-old has given people reason to back it after back-to-back wins across the ditch but it’s yet to run in Australia.

Yulong August will be looking for hat trick of wins after taking out his last two starts at Benalla so it’s worth a look.

Top weight The Gatting Ball hasn’t shown too much of late but backers will know he’s a horse capable of producing.

Firefree is first-up off a spell, has shown enough over its 52 starts to be considered an option here, including a win over 2400m on a heavy Moe track in August. Can feature but prefers a bit more distance.

Bennett has a shout with Chica Mala. It opened at $61, it has come in to $41 but it hasn’t shown the sort of consistency required to be backed here.

Another home tracker Blandford Lad would have been tough to beat, but Gelagotis opted to run the four-year-old at Caufield on Wednesday. An impressive second there over 2000m proves it would have been worth a nibble here.

The headline race of the day has a handful of chances with Price and Kent Jnr-trained Masculino going in as the favourite. First from a fair way out before being pipped in its last run at Caulfield. Expect it to lead at the turn and don’t be surprised if he holds on. Solid record in on soft and heavy tracks.

Kionic hasn’t stunned anyone of last. Finished near the back in the Group 1 Epsom Handicap earlier this month but the Waller-trained horse has some credentials including taking out the Cup Day Plate last November.

Nick Smart-trained Single Handed could be a clever pick considering it won an open class race on a soft Mortphettville track in September.

Gundown and Annarbor are both worth a look, the former might need more than 2050m while the latter had won three races in a row before being edged out by No Effort (who went on to win the Pinker Pinker) for a fourth at Caulfield last month.

Lucky For All is in contention, the five-year-old is probably better than fifth in the Benalla Cup suggests.

If you want a local, Gelagotis has Rube Bridges running out of barrier nine. She led all the way at Mornington two starts back and was strong for third in the Pinker Pinker last week. Her record is certainly good enough to feature here and punters agree with Rube Bridges coming into $15 after opening at $26.

If the rain sets in, have a sneaky peak at Flying Sardine for the minors. She has shown a bit of ability in the mud over shorter runs.

A nice sprint backs up the Cup with La Tigeresa looking like the one most will be backing. Ran fourth in a tougher race at Caulfield last time out but was only beaten by a couple of lengths.

Damien Oliver is on board Mastering and five-year-old could figure given his solid record over the distance. Hasn’t done must of late but could recapture some form third-up.

Lady Pluck is one of the shorter priced runners in this race. Last two starts aren’t encouraging though.

I’m Telling Ya doesn’t look like a winner but is known for picking up a place, similar boat for Blue Tycoon.

Thoughtful Harmony will push the Gelagotis cause with Ben Allen in the saddle. First-up here, four wins from eight starts but disappointed in her last two starts when she was fancied.

Moe Cup Day will be finished off with a good, old fashioned ding dong over 1000m. Enjoy Elsie will resume after an impressive start to her career which included a couple of wins at Wyong and Rosehill. The big concern is the state of the track by this stage with no real experience in the wet.

Write Enuff resumes here, has a win and a place from three starts when fresh. Little to no form in wet conditions but can feature.

Humzz is going well of late, loves a place and offers good value.

Thomas Stockdale has Nina Rules running in this one. She has a solid record at slightly longer distances but at around the $26 mark, there are reasons to consider her for a place.

Best Value: Lucky For All (Race 7)