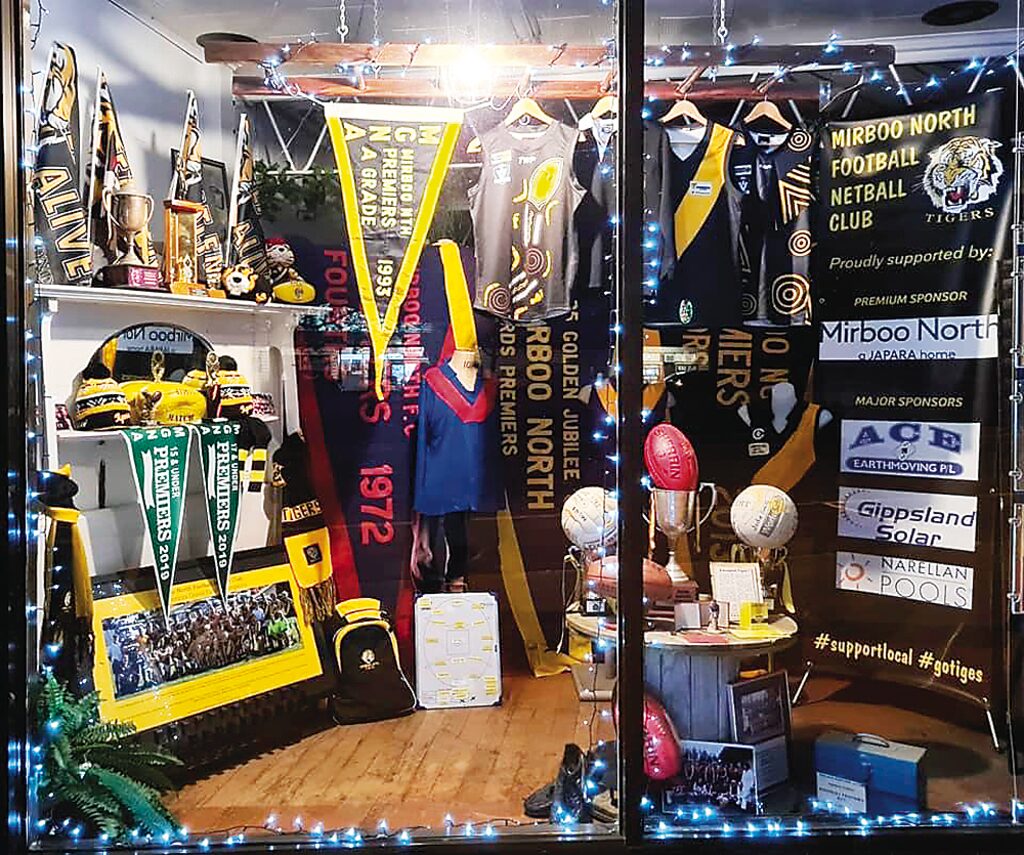 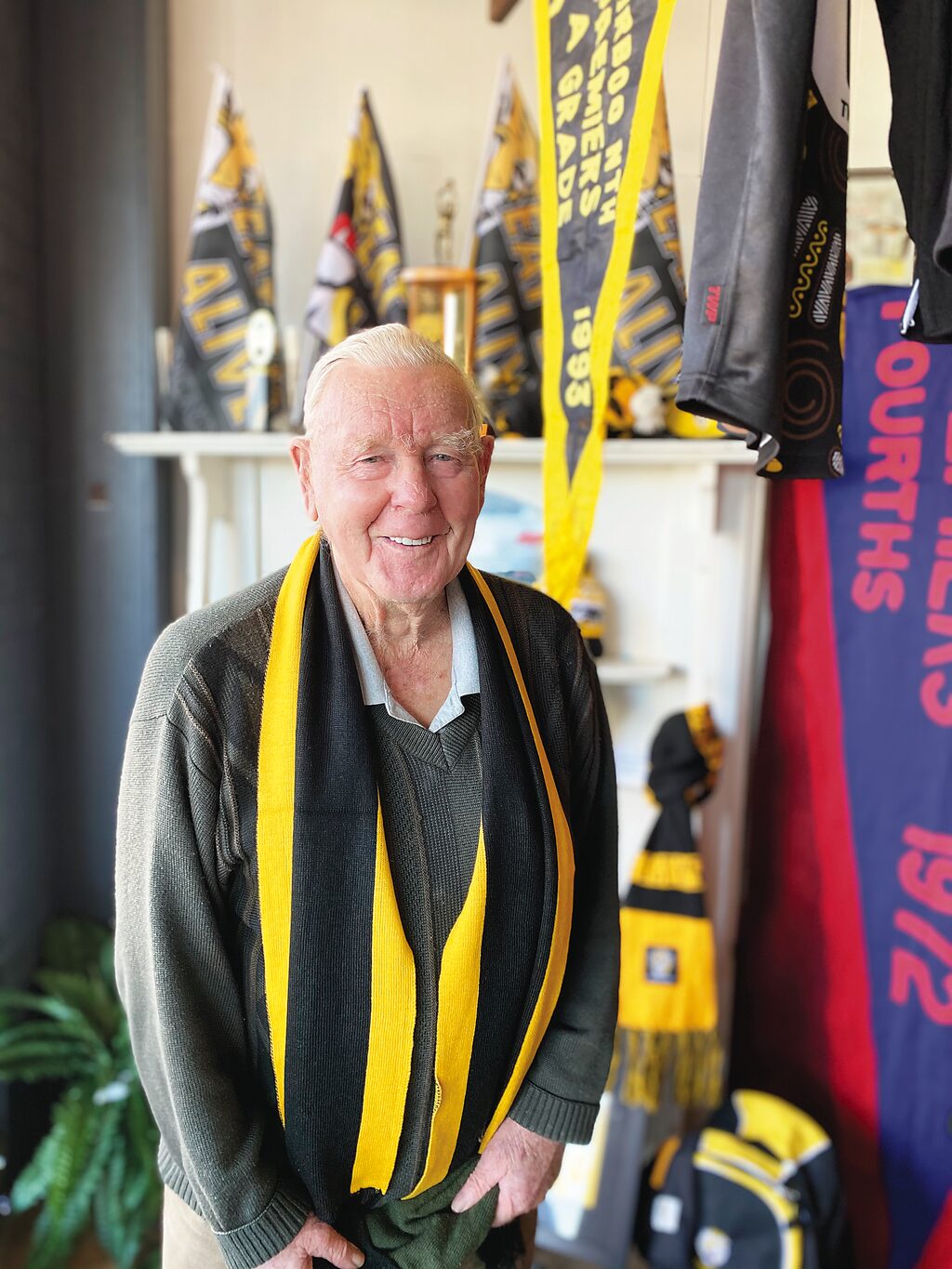 MIRBOO North locals utilising their two hours of outdoor exercise last week were greeted with a nice surprise when walking past the front window of the town’s now famous Op-Shop.

Renowned for their forever-changing front window displays, the community run business decided to put together an ode to the town’s beloved netball-football club taking viewers on a journey of its more than 100 years of history.

“Our Op-Shop is run by 22 different user groups within our town, so sometimes I have done it (the window display) to complement the two weeks they get to run it during the year, so the football club asked me while it is their go to put together a display,” Cannizzo said.

“It was really lovely to go up to the football club, open up the old cabinets and storage areas and just pull out these treasures that nobody has seen before, some of the recent footballers would not even know its history so we were inspired by shedding light on some of the club’s greatest achievements.”

Cannizzo said she has utilised her creative side to give the Op-Shop an impressive point of difference.

“Over my time I have done a beautiful Anzac Day display which was filled with everything from our local RSL, a Christmas one where we made a tree out of recycled books, a display of all different vintage clothing, a back to school one from the olden days where I had beautiful old wooden desks and things like that,” she said.

“I just try and think of a theme and if interesting pieces of furniture or memorabilia come up, I just try to utilise that, I also try to use a lot of recycled things because that is what our Op-Shop is all about.”

With the help of club volunteers such as Lexie Andrews, she dove into the club’s storage area to create this display and pinpointed a number of highlights.

“Probably my husband’s playing jumper from the 1985 thirds grand final, and then because Mirboo North has changed its colours on a number of occasions, you can see old purple and yellow and blue and red jerseys and memorabilia, with a 1972 premiership flag a particular highlight,” she said.

“Other things I love are we have a collection of membership cards with fixtures on the back of them from this year all the way back to the 1960s, there is a little statue of a footballer from 1957, some life member badges and team photos going back decades, people will get a really good snapshot of the club’s history.”

While setting the display on Monday, the team was thrilled by a surprise visit from a Mirboo North club legend.

“The day we were setting up we had a club legend by the name of Bertie Bright, who retired from playing football at Mirboo North in 1956, walked past and stopped to tell us some stories of the club’s history and some of the other locals he played with,” she said.

“It was so beautiful and we actually got him to go into the display and take some photos for our promotional stuff on Facebook, so that alone just made my day to see him come along and start reminiscing it just shows what this display is all about.”

Cannizzo said it is vital to recognise the history of local football clubs and what they do for towns across regional Australia.

“In times like this it is nice for newer members of the club to realise and appreciate what used to go on, there are so many volunteers that poured so much time and passion into the club over the years and it is nice to see they are being recognised again,” she said.

“Sport plays such a key role in a country towns such as Mirboo North, so to give people the opportunity to learn more about the football club through something like this it is really special.”