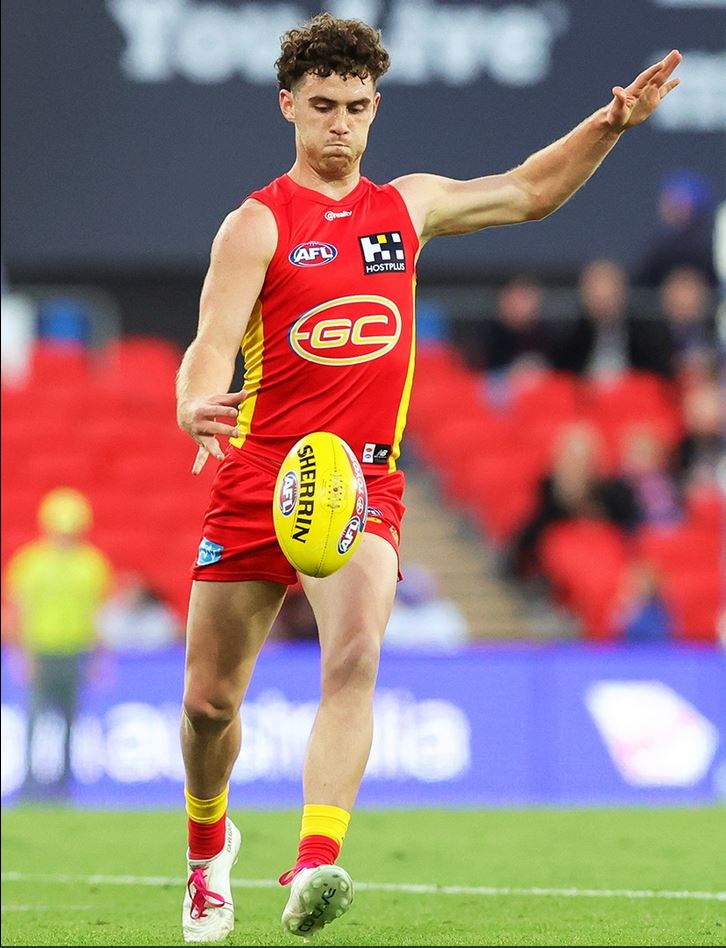 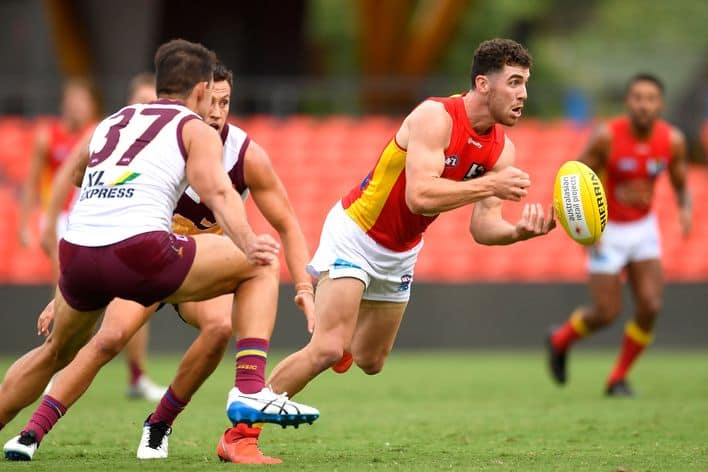 FORMER Moe footballer Sam Flanders has been one of the bright spots of the 2021 season for the Gold Coast Suns and been duly rewarded with a two-year contract extension.

Hailing from Fish Creek before moving to Moe to finish school, the speedy midfielder/forward affectionately known as ‘Ned’ was selected with pick 11 in the 2019 national draft and after initially struggling to make his way into the senior side, is thriving at AFL level in his second season.

Speaking with The Express, Flanders said he was thrilled to be committed to the Gold Coast until the end of 2023.

“There is obviously a bright future at the Suns, we still have to work hard, but I think we are really starting to dig in and believe now how special and talented the group we have is, so I am just super stoked to be on board for another two years,” Flanders said.

Like all talented young players moving to an interstate club, there will always be some sort of urge to return home, however for Flanders he said the decision to stay put up north was an easy one.

“It never really crossed my mind to do anything (but stay at the Suns), obviously you do miss home, but we played a number of games in Melbourne this year so I was able to get back and see family and friends which was really nice,” he said.

“The club are really good with that side of things because they understand that there are not many players from the Gold Coast or Queensland, so any chance we get to go see family they are all on board, so they have made things really easy for me.”

After playing just five games in his debut season, the 19-year old managed to crack into the senior side in Round 4 this year and has since played all bar one game while averaging 13 disposals, four tackles and three marks a game.

Flanders explained the factors that have led to his improvement this season.

“(This year) has been massive for my confidence and development, I probably just put it down to a really solid pre-season, I really dug in over that period and got super fit which allowed me to, when I came into the team in Round 4, have the confidence to go out and play my role and I have been fortunate enough to deliver week in and week out,” he said.

“(Moving into the midfield) more this year has also been great for me, being around the ball more and learning off teammates such as Touk Miller and David Swallow or even opposition players, lining up against Marcus Bontempelli and Jack Macrae you just learn so much, but for my development personally it is has been great to play different roles and get more exposure to the midfield.”

Reflecting back on his journey in football to date, he detailed his experiences growing up in Fish Creek and climbing through the ranks as a junior in Gippsland.

“I grew up on a dairy farm and for most of my childhood I was playing basketball and football and then coming into later on in my journey I ended up moving to Moe/Newborough and went to school at Lowanna (College) where I switched from basketball to primarily football playing with Moe and Gippsland Power,” he said.

“Growing up in a small town I have found the odds have always been against me, the resources aren’t as good and there is no reason why I should be here, but the support of the community and hard work and dedication has got me here and I now just want to make every moment count.”

He said he still keeps in close contact with his friends and family back home, with the support of both the Fish Creek and Moe communities something he values extremely highly.

“I still have mates that play for Fish Creek and I try check up on the scores every weekend to see how they are going, all the time I get messages from people at home so I know the support is always going to be there and that is something I am just so grateful for,” he said.

“Moe is the exact same as well, even though I moved late they brought me into the Moe family really quickly, and I always get messages from families and mates from Moe and I always make an effort to get back there whenever I am at home – the support of both towns has been so great for me.”

Being drafted to the Gold Coast, Flanders would be united with another Gippsland product in Morwell’s Ben Ainsworth, who he said has had a profound impact on his time up north.

“Benny has been amazing for me, not only in my development on the field but off the field I lived with him and his partner and I just learnt so much from him about things like preparation and recovery and he certainly took me under his wing,” he said.

“Playing alongside him this year he is always the first one to check up on me and see how I am going, so he is definitely a role model I try to base my game on and someone I love being around.”

Flanders believes that some long-awaited success is just around the corner for the Sunshine State-based club.

“Number one in my mind is just success, I think now we are starting to get some consistency and real belief that we can run with these top teams, again there is a lot of hard work we still need to do to get to that stage, but most importantly I think we just believe now that we can do it, we definitely have the squad to do it so we just need to keep building that confidence,” he said.