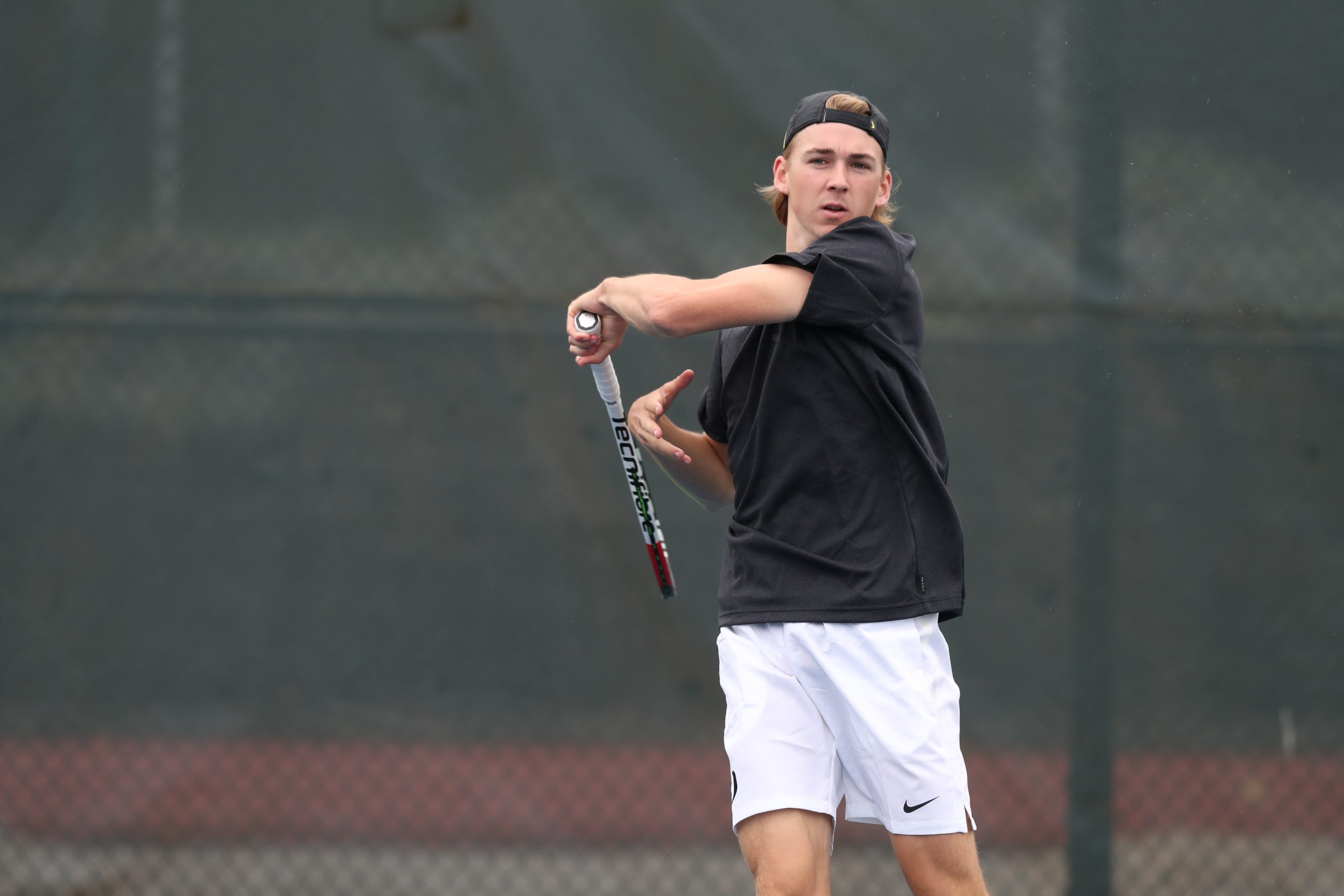 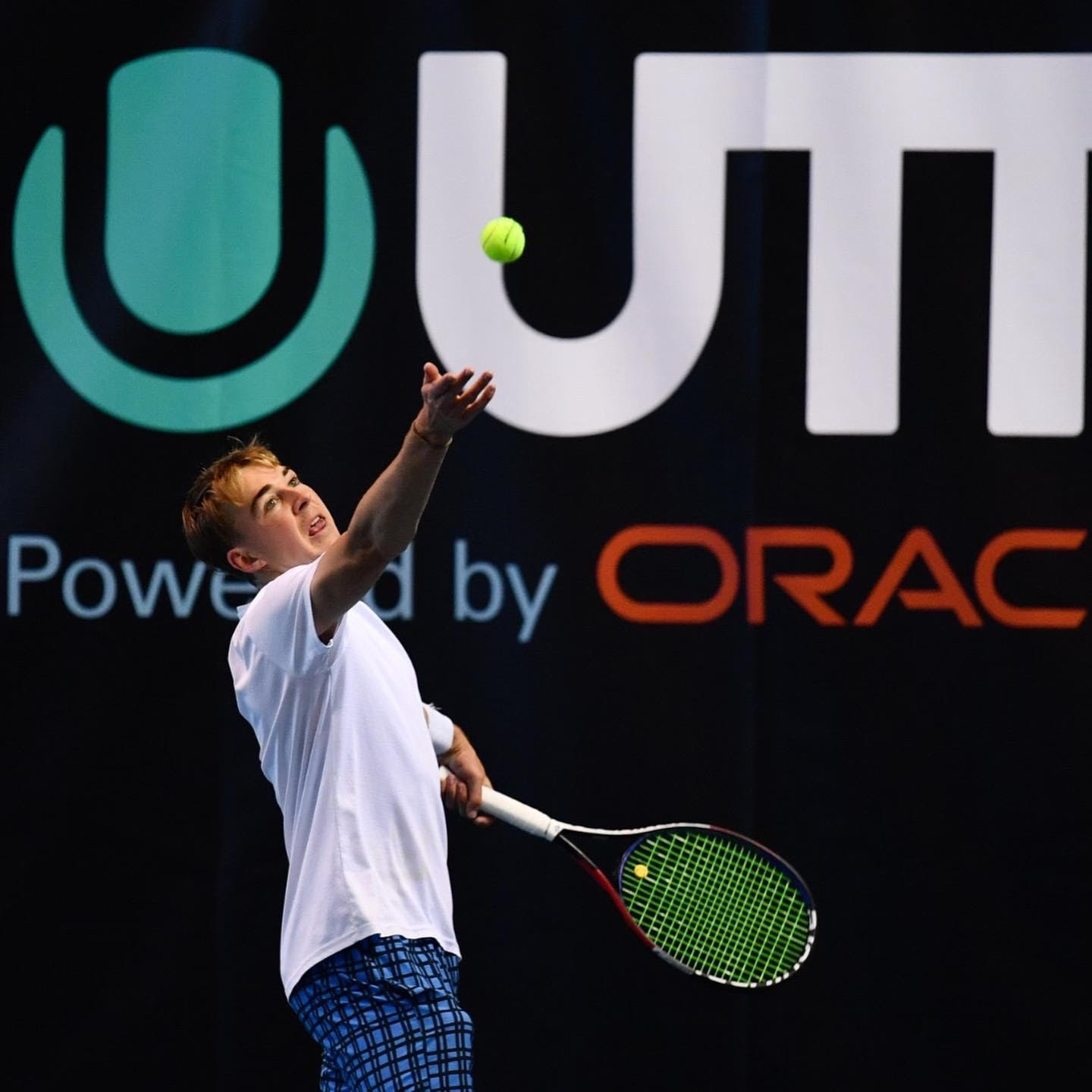 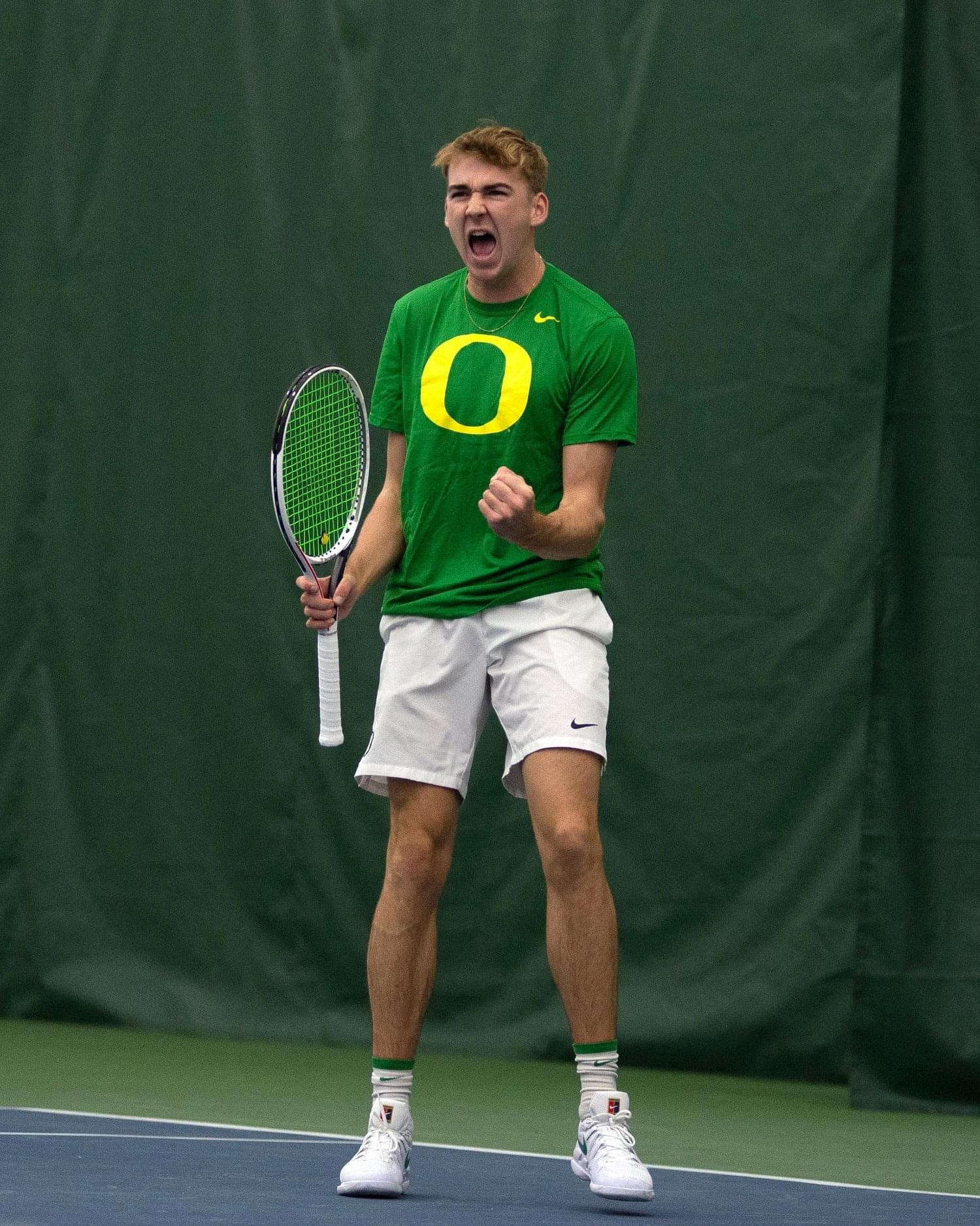 THE Charlton name is synonymous with tennis in the Latrobe Valley.

Headlined by long-time coach of the Traralgon Tennis Club Graham, who has helped nurture countless local talents in his time, his 21-year old son Joshua is now beginning to make a splash on the international scene.

Accepting a tennis scholarship at the prestigious University of Oregon in 2019, the Traralgon local is continuing to take his game to new heights and thriving in the elite sporting environment provided by the collegiate system.

Currently in the off-season, he is taking part in competitions across the United States as part of the Universal Tennis Professional tour, where he recently took out the ITA Summer series in Newport Beach, California.

Speaking with The Express, Charlton gave an update on how things have been progressing in the American summer.

“Everything is going really well at the moment, being the off-season for college it is a really good opportunity to travel and play tournaments,” Charlton said.

“I am in Newport Beach at the moment and will potentially head to Dallas a bit later on, so it is really good to be out here testing my level outside of college and play some of these players who are consistently at a professional level to really test the waters.”

He said playing these professional tournaments on the Universal Tennis tour has provided him great experience as he looks to keep progressing through the ranks and make a living out of playing tennis on the global stage.

“These tournaments provide players of all levels an opportunity to come and compete to earn good prize money and play good matches, pool prize money across each event is $20,000 and they take the top 20 players who enter for each event so it is good to be part of that,” he said.

“There are a lot of professional players mixed with the top college players as well, so it is definitely a little bit of a different dynamic just because in the collegiate system you are only playing one to two matches per week, whereas in these events you are playing day after day so it offers great experience for conditioning as well,

“It is definitely a great stepping stone and I have loved being able to adapt and really test my game at this higher level.”

Being brought up in a tennis mad household, the game has been Josh’s life from when he can remember, as he recalls beginning his journey in Traralgon and learning the game from his father.

“Born and bred in Traralgon, I grew up with my dad ‘Woofa’ (Graham Charlton) who is the head coach at the Traralgon Tennis Club, so I just grew up around that environment and saw him on court everyday which inspired me to get involved with the sport from a young age,” he said.

“Growing up I always had a racquet nearby, my dad never pushed me to play tennis, but I just loved it so much as a kid and learning the game from him as my coach I could not have asked for a better pathway into the sport.”

Recognised as an outstanding talent from a young age, Charlton used his platform at the Traralgon Tennis Club to quickly climb up the ranks and travel to tournaments in Melbourne, across the country and ultimately overseas.

He described how much the club means to him and his continued connection with his home town.

“I have always based myself out of Traralgon which I still do today when I get the chance to come home, I have just been lucky enough that Traralgon has a really good set-up being one of the best regional clubs in Australia, so it has been great to be involved in what is a really great tennis community,” he said.

“I still do get a lot of messages from all my mates back home, I do keep in touch with everyone around the tennis club who are following my career and I try to follow the results of everyone at the club and see how they are progressing, coming from a country town I feel there is a great sense of community and mateship which has definitely helped me through my career.”

After finishing school, Charlton was tasked with the incredibly tough decision of where to go next as he looked to find the best avenue to reaching his dream of becoming a professional tennis player.

He described this process and what it was about the college system and the University of Oregon that saw him come down this path.

“It was a difficult decision to make growing up because I have a great passion for tennis and I want to be able to make a career out of it in the future, and then when you get to 18 you have the choice to either travel the world and try and play professionally, which will be very tough at that age going against much more mature competition,” he said.

“So I found college was a great opportunity for me to come and play because you have a lot of resources in the college environment and get to compete at that high level while also being funded and nurtured by the school, whereas if I was to go out on my money it would cost a lot of money to have those resources.

“For me I was fortunate enough to be recruited by a lot of schools and Oregon just stood out purely because of the resources that they have and the very strong sports department that helps guide some of the world’s top athletes across a number of different sports.”

Having now spent two years travelling around America with Oregon, Charlton pinpointed some of the highlights of his career to date.

“It is tough to narrow down because there have been a lot, but I would have to say this year one of my biggest highlights came when we played Stanford, who are a renowned tennis program, at home in Oregon and we had a good win with around 300 people packed around the facility watching,” he said.

“Personally, I beat England’s number one junior Arthur Fery, who just recently made the final round of Wimbledon qualifying which was a great win for me and more importantly helped the team to one of our most important wins.”

As for the future, Charlton hopes he can continue to develop and make his way onto the professional tour.

“I have one more year in college and then potentially a fifth year if I want to take it, but after this I definitely want to start playing the ITF and building my ranking through there and then go on to the ATP challenger tour and push to play grand slams and be in the top 100,” he said.

“I want to make my career living from tennis and even though it is going to take a lot of hard work I definitely think I have the right foundation and the passion to make that happen.”