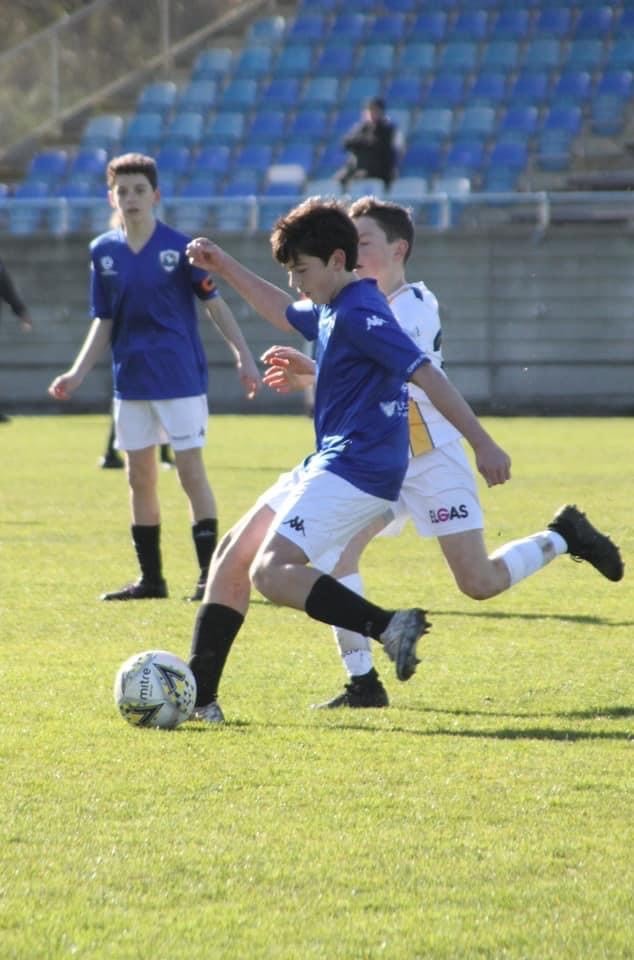 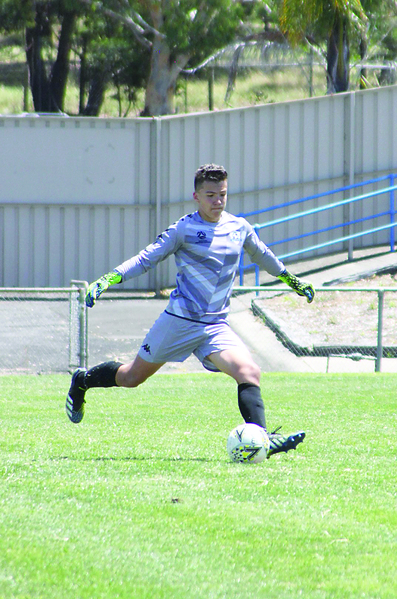 GIPPSLAND FC’s Under-15, Under-16 and Under-18 boys’ teams made the trip to Glen Eira at the weekend in the National Premier Leagues competition.

Under-15
GLEN Eira FC is always a tough assignment first up.
The club is one of the top seeded clubs in NPL South qualification division and perennial age group title contenders.
Add a few omissions from the team owing to players isolating because of COVID and the challenge only multiplied for the Gippsland boys.
After going down a goal in the first minute of play the U15s would go into the half time break with a credible 0-2 scoreline.
Midfielders Henry Wynne and Hamish Gleeson battled hard against their highly credentialed opponents, while stand-in goalkeeper Tanna Leicester worked overtime to keep his team in the contest.
Things unravelled a little as fatigue and a couple of injuries crept in with Glen Eira only getting on top in the last 20 minutes of the second-half to run out winners 0-9.
With nine more qualifying rounds to go the team is confident of improvement and will be aiming to qualify for the second NPL division in the season proper.

Under-16
THE Under-16 squad was enthusiastic despite having several players being unavailable.
Thankfully they were replaced by some of the talented Under-15 players.
The Gippsland team worked hard to keep the Glen Eira team to two goals at half-time.
Much of the game was played in Gippsland’s defensive half.
Ben McCartney and Rex Parini led the defence while under pressure, resulting in many shots on goal going over the net.
Under 15s goalkeeper, Jedd Foster, stepped in and made many great saves, including a penalty shot.
Lucus Vick had an opportunity to score, however the ball bounced off the post.
Despite limited shots on goal, the boys showed resilience throughout the game.
The final score was Gippsland 0, Glen Eira 6.

Under-18
PERFECT conditions greeted both sides as Gippsland FC welcomed Glen Eira in round one of the NPL qualifying series.
Both teams started well with Glen Eira creating the best chances only to be denied by the great defense of Harry Tosch and Dylan Dunstall and several great saves by goalkeeper Jared Goodwin.
In the 23rd minute, Glen Eira would score however the home team would stand strong and go into half-time only the one goal down.
Glen Eira came out strong in the
second-half and scored two quick goals yet Gippsland FC fought hard and started to create some fantastic opportunities due to the midfield pressure of Harry Bettridge and Julian Colantuono.
With Charlie Cockell a persistent threat a goal looked likely for the home team unfortunately the game would end with Glen Eira scoring another goal with the last kick of the game. It was an encouraging first game for GFC with the team showing enough to give hope for a successful season.
GFC 0 Glen Eira 4.
Gippsland FC next plays Langwarrin FC on Sunday at Latrobe City Sports Stadium in Morwell.
Gippsland FC currently has two
additional vacancies in both their Under-16 and Under-18 squads.
Please call Mark Cassar on 0437 496 757 for further information or to organise a trial time.