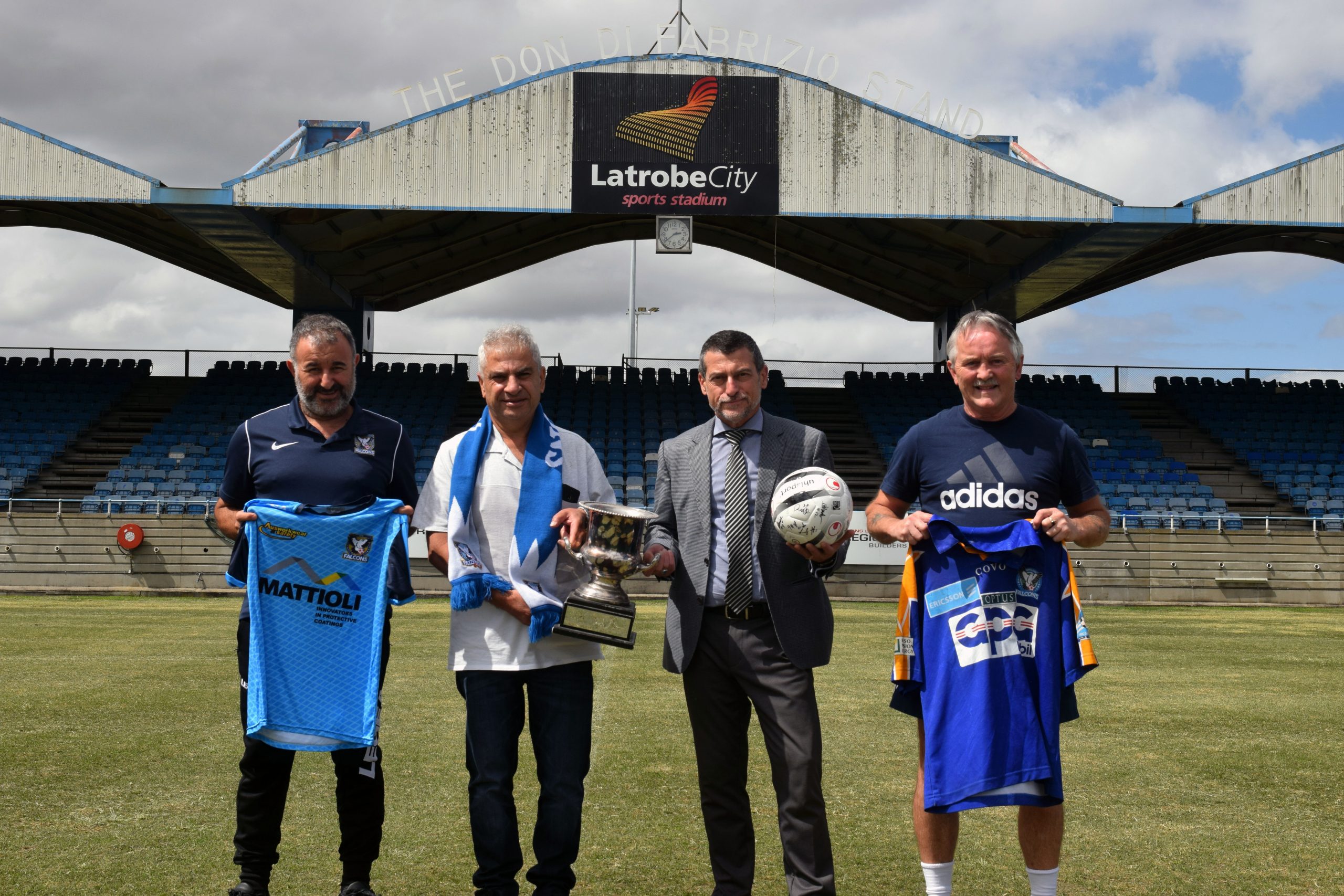 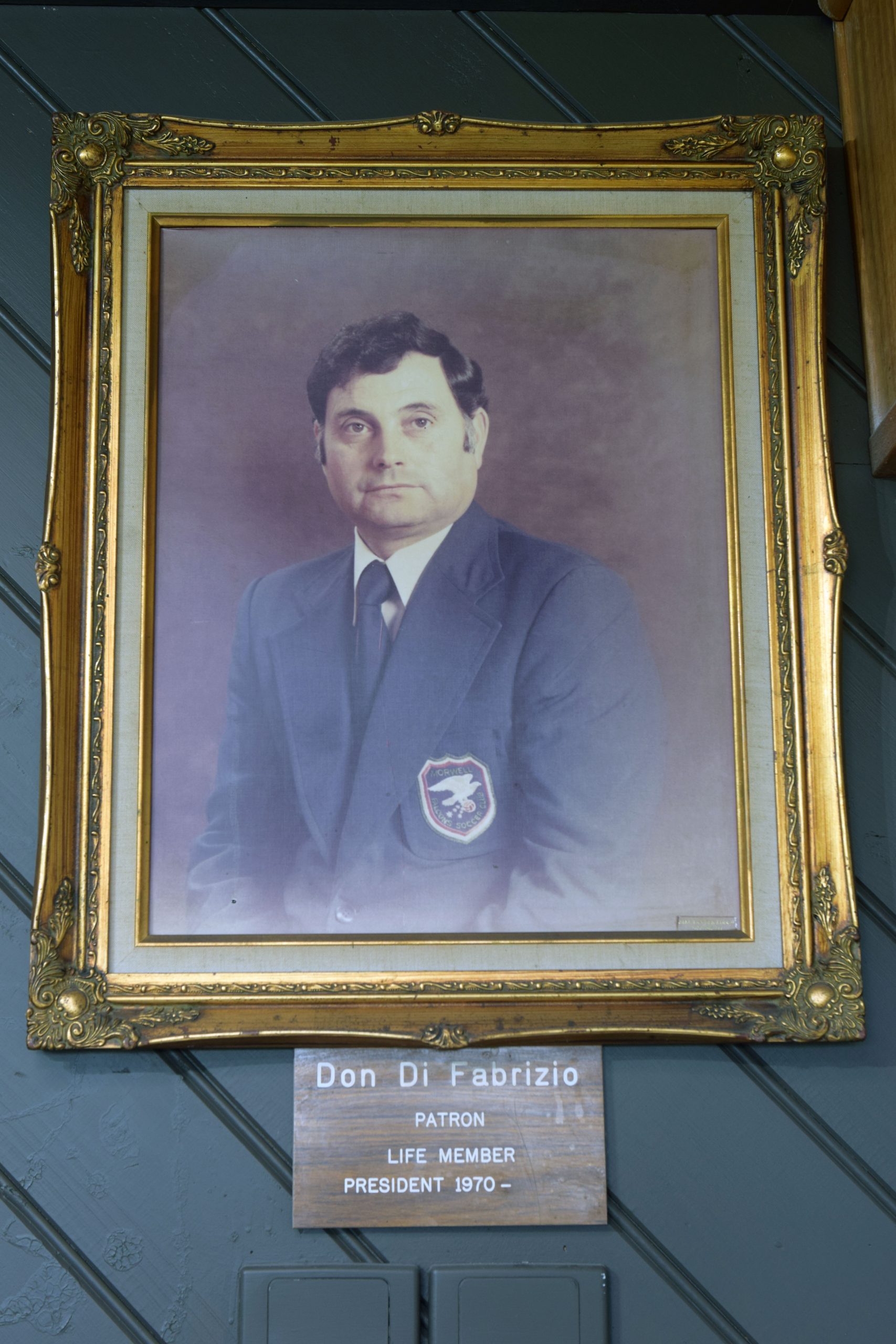 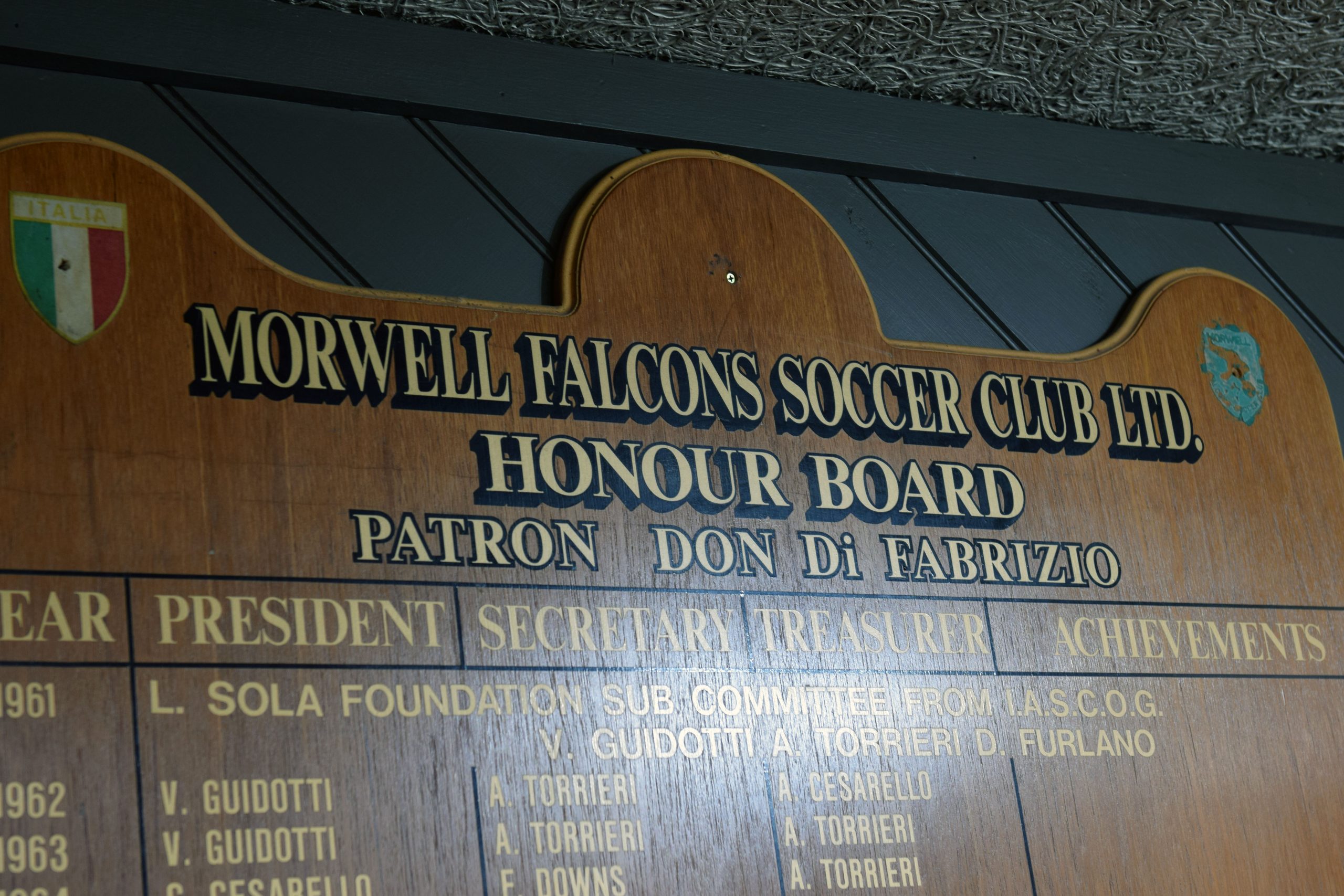 SOCCER
By LIAM DURKIN
THE legacy of the most exalted figure in Gippsland soccer, possibly Gippsland sport, will be
remembered this Saturday.
A litany of players, officials and patrons are expected to descend on Latrobe City Sports and
Entertainment Stadium to pay their respects to the late-great Don Di Fabrizio OAM.
The legendary Falcons 2000 Soccer Club patron died recently age 88.
Di Fabrizio was a giant of the Latrobe Valley, making an inedible impact on business and the
community.
He was at the forefront of developing Immigration Park, Morwell, and most famously, as president of Morwell Falcons Soccer Club.
Through Di Fabrizio’s leadership, Falcons climbed from being a small country club competing
in a local competition, all the way to the National Soccer League.
This achievement has gone down in history as quite possibly the greatest sporting story in country Victoria.
It will be an emotion charged evening on Saturday, as Falcons players of today step foot
on the pitch for the opening round of the Latrobe Valley Soccer League in front of the very grand stand bearing the Di Fabrizio name.
A legends game will also be held, welcoming past Falcons players and coaches from the NSL
days such as Jimmy McLean, Manny Gelagotis and Harry Bingham.
Falcons 2000 president Tony Salvatore said while no amount of acknowledgment could ever do justice to Di Fabrizio, the club was hoping the day provided a fitting tribute nonetheless.
“We’ll do whatever we can to make it a wonderful send-off for him,” he said.
“He was a wonderful man, who not only did the talking but would get on his bike and do whatever had to be done for the club.
“Even in his late 80s he would still come and watch games.
“There is no other like Don. He has been a tremendous inspiration to not only us presidents
but the committee, the players, when they use to see Don it was silence, it was like ‘let’s hear what he has to say’.
“He would always have a story to tell, his memory was fantastic and his ability to deliver a story – every detail was there.
“When I got involved Don had been retired for some time. I invited him over to my place for dinner with his wife to get an idea of what I can do to follow his footsteps.
“He said ‘put yourself around good people, have a vision and you’ll do well’”.
While his accomplishments were many, Salvatore believed Di Fabrizio’s work in getting Falcons into the NSL would ensure his legacy stood the test of time.
“It is a vision, a dream that he had, and he never gave up,” he said.
“If you get the chance to read his book (My Years With The Falcons), he tells stories of all the setbacks he had. Any normal person would have given up and said ‘no, this is enough, I’ll stay at state league’, but he continued to just push and push and push.
“It is a wonderful story – it put Morwell on the map. There is no other history, in my opinion, in Australia that has what Falcons has achieved.”
Falcons’ life member and close friend Peter Viggiano has been busy arranging the legends
match, with some past players and officials even travelling from interstate to say farewell to Di Fabrizio.
“All the players I’ve been speaking to they would never miss this day for quids,” Viggiano said.
In remembering Di Fabrizio, Viggiano said he was “one in a million”.
“An extraordinary person, would do anything for anyone. Well recognised within the soccer world all over Australia. A couple of our players even got married at his house, the list just goes on and on.
“A true gentleman and this day is well deserved for the great man.”
Falcons 2000 is planning to have a memorial cup established to be played in Di Fabrizio’s honour in coming seasons.