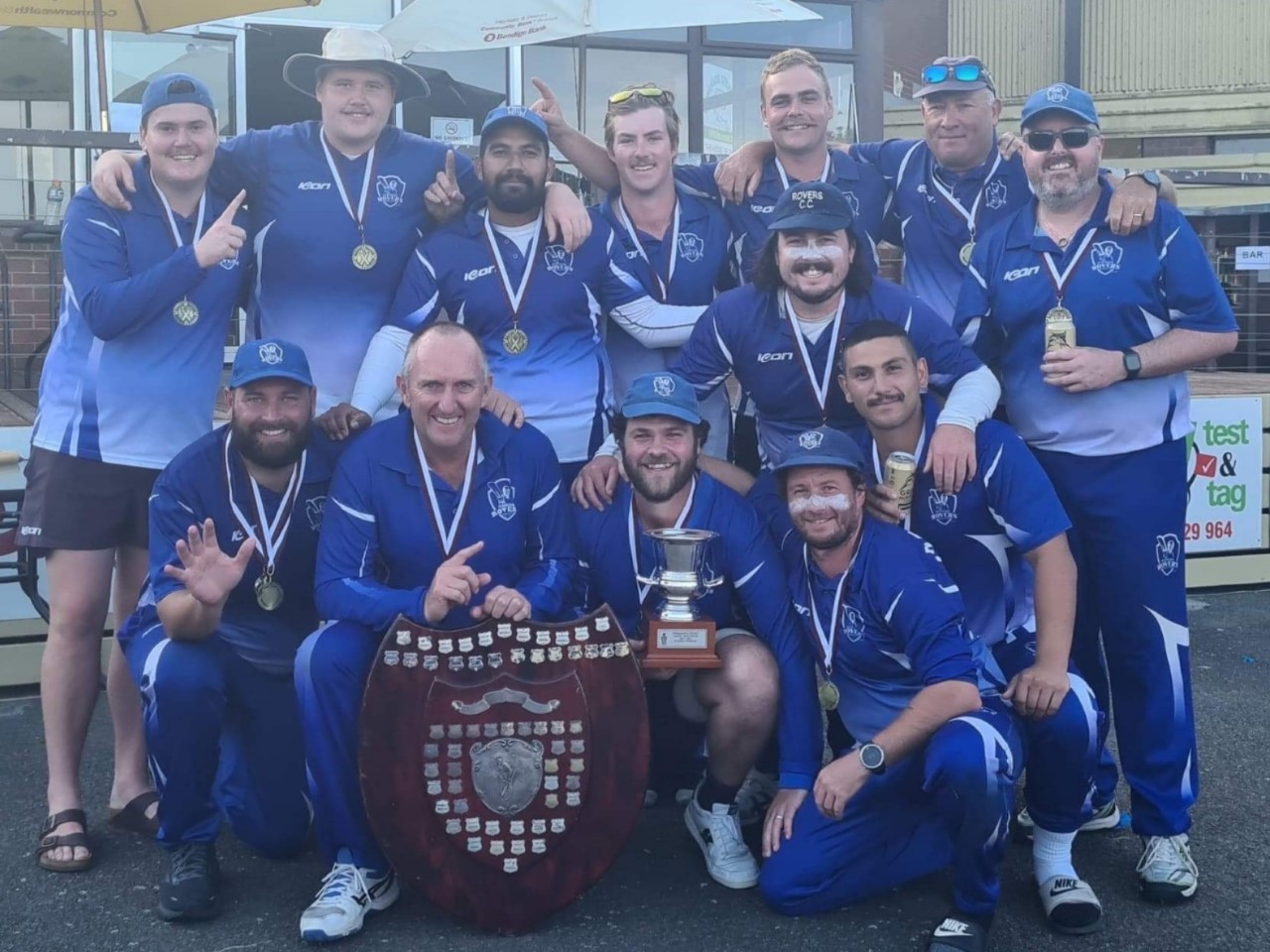 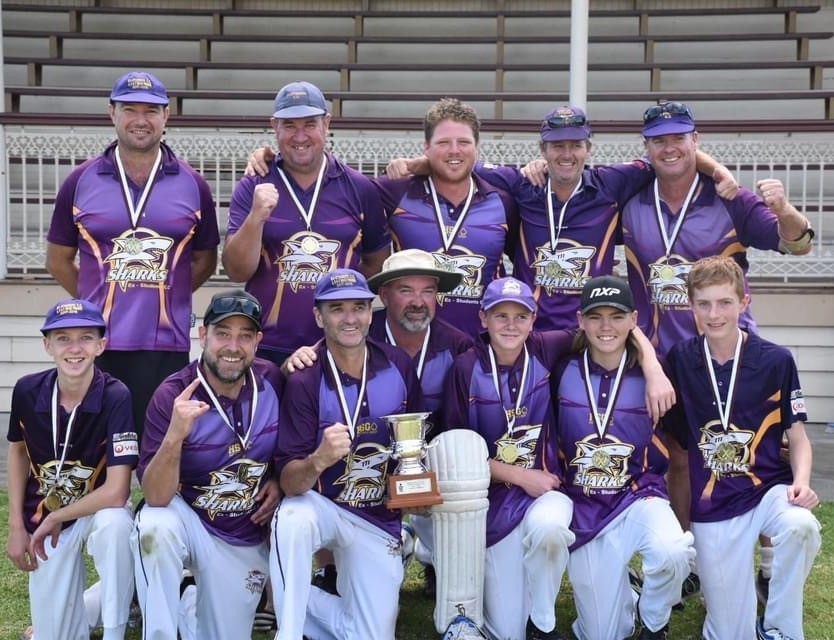 CRICKET
TDCA
ROVERS Cricket Club celebrated last Saturday, after winning the B Grade grand final in the TDCA.
Rovers, who had finished the regular season in second-place, took on fourth-placed Gormandale in the decider at Roger Ries Oval.
The wicket looked a treat and when Gormandale won the toss they had no hesitation in batting first.
Things didn’t go to plan for the Tigers though as their top five batsmen were all out for scores of six or under, due largely to the bowling of Steve Carney who has using the conditions perfectly.
John Northey then set about rebuilding the innings with Gormandale captain Danny Smith and although it was slow going there was still wickets in hand and the potential to score quickly
late in the innings was there.
The Rovers bowlers just wouldn’t give the Tigers anything as middle over bowlers Ricky Martin (1/15 from nine overs) and Greg Bramwell (0/9 from nine overs) were miserly. This meant Gormandale couldn’t get any sort of freedom and when it was time to go Northey got out on 29.
Tom Gafa tried hard for a good 17 not out from 26 balls at the end but Rovers squeezed the batsmen and the Tigers finished 6/87 after their 45 overs.
The wicket wasn’t the easiest to score on but it certainly didn’t play too much of a part in Gormandale’s lack of scoring, the Rovers bowlers were simply outstanding with the best being Steve Carney finishing with 3/20 from his nine overs.
Gormandale was going to need 10 wickets to win this game and with the score on seven opening batsman Alex Rathbone was back in the sheds and the Gormandale tails were up. Shannon Grass then came to the crease and would be an important wicket for both teams as a cheap dismissal would give the Tigers a chance.
Grass and other opener Liam Little batted perfectly for the conditions though and would go on to put on 48 for the second wicket. A couple more wickets would fall but the danger man in Grass was still in as he carefully got to a well-made 50 with the win only five runs away. The last runs took painstakingly long to get but eventually the game was won and Rovers passed Gormandale’s score in the 39th over four wickets down.
Grass was superb ending up 52 not out in a match winning innings. Gormandale made Rovers earn it but ultimately they just didn’t have enough runs on the board.
Scott Gamble was the only multiple wicket taker for the Tigers finishing with 2/18 from 8.5 overs.
The umpires’ adjudged Grass man-of-the-match for his efforts as Rovers lifted their first
premiership in any grade for 27 years.
THE C Grade grand final was billed as a potential run fest with the game being played on the postage stamp sized Village Green, Toongabbie.
The atmosphere was electric as two of the most supported clubs in the TDCA set up camp at the ground in anticipation for an all-time classic. Yarram batted first and it was on from ball one as Lucas Jenkins hit Trevor Kosterman for six on the first and second ball of the day.
In a flurry of hard hitting shots the opener quickly raced to 52 from just 18 balls which included seven sixes until Kosterman had him out caught.
It set the tone for the day and gave Yarram a solid platform to then build a big score, but as they do, Ex Students pulled themselves back into the match with some good bowling from future star Lucas Richards and Kosterman who both ended up with three-wicket hauls.
When Mathew Earles was dismissed for 44 from 48 balls the tail fell away quickly for the Pelicans as Paul Hennessy mopped up the lower order to keep Yarram & District to 182.
Regular openers Steven Thomson and Paul Richards, who had made a whopping 200 run
partnership the week before, could only muster 29 for the first wicket with both of them out in consecutive overs.
It meant Darian Millington came to the crease though and batting with a mixture of class and
power he made sure the run rate stayed high for Ex Students as he crafted a beautiful captains knock of 78 not out from 97 balls.
Some late wickets had the Pelicans dreaming of an unlikely victory but Kosterman and Millington got the team home in the 39th over in what was a cracking game of C Grade cricket.
The game had it all including blinding catches, boundaries galore and incredible atmosphere and when Millington was named man-of-the-match in Ex Students 14th C Grade premiership it was an amazing spectacle with the crowd staying the whole time.