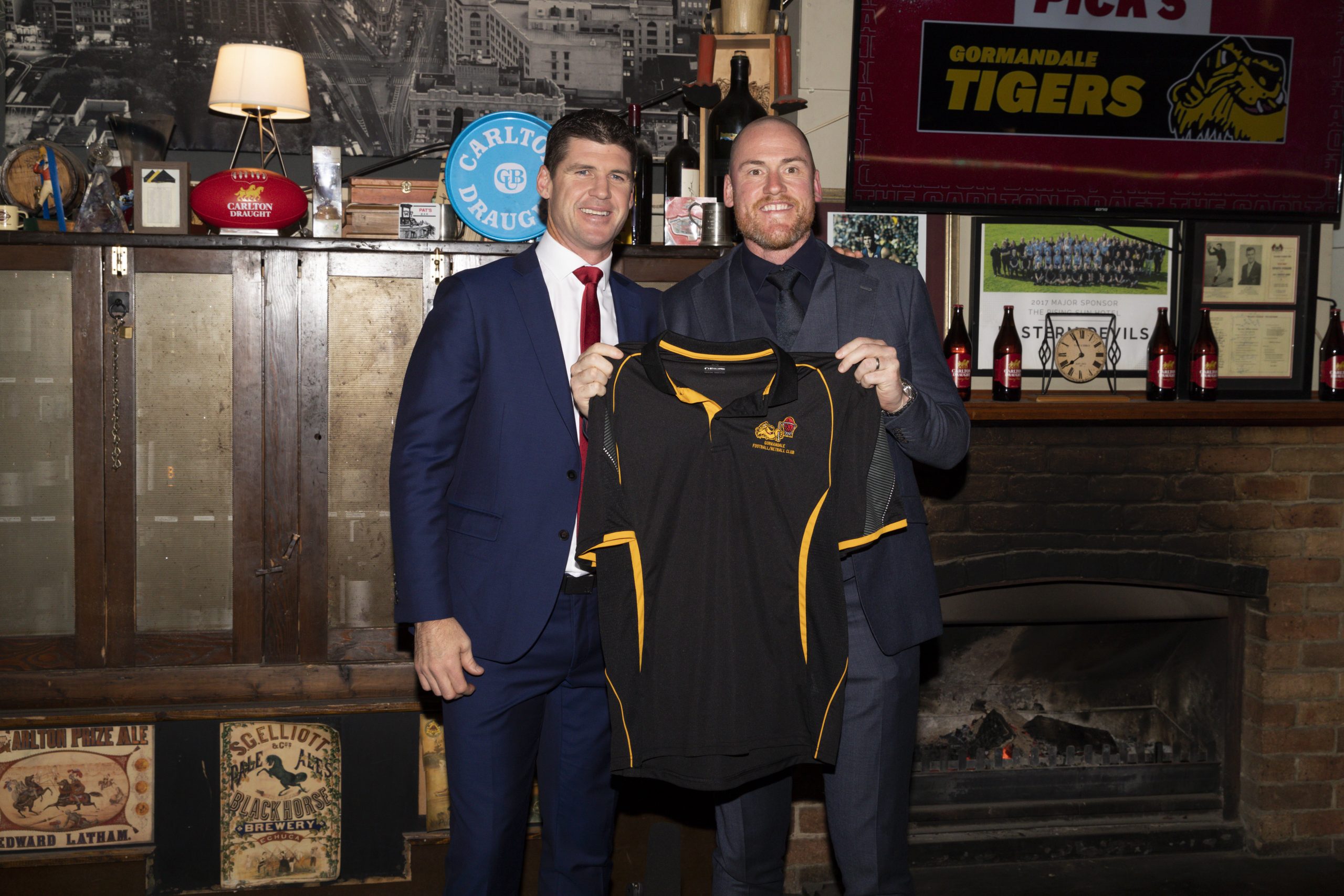 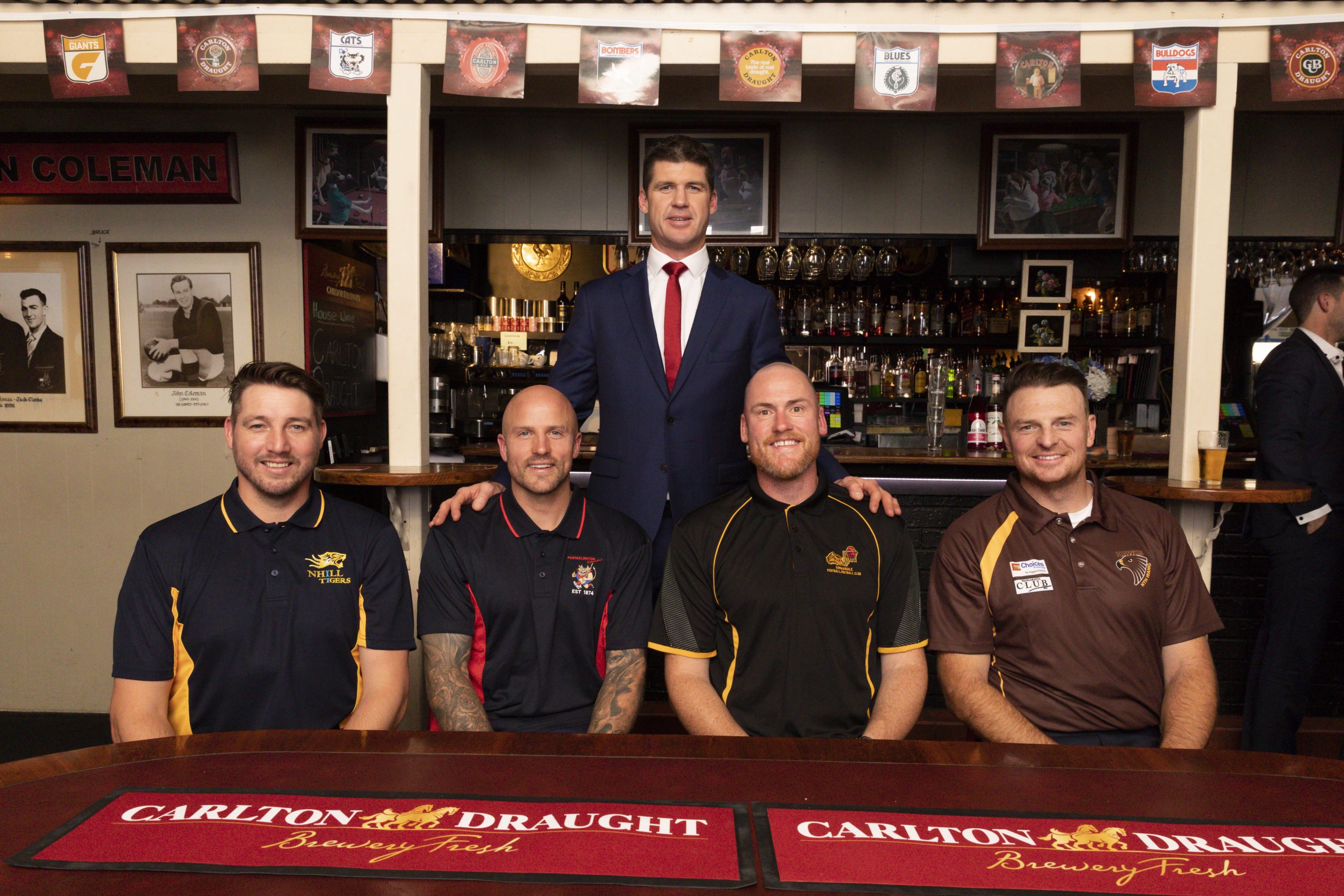 THE picks are in for The Carlton Draft, with AFL greats heading to country footy leagues across Victoria in a bid to help bring even more passion back to local footy in 2022.
Gippsland is well represented in the Draft, with three players and two clubs involved.
After a difficult couple of years for local community sport, eight deserving clubs were recently selected to take part in the inaugural draft, which will provide a boost for the community when the star draftees lace up their boots.
Headlined by Draft Commissioner Jonathan Brown, each club selected their AFL great on a special Fox Footy broadcast tonight – ahead of the one-off games to be held in coming weeks.
Former Gippsland Power draftee-turned Hawthorn superstar Jarryd Roughead will head back to Gippsland to play for Gormandale Football-Netball Club.
Another Gippsland club will see recently-retired Hawk Shaun Burgoyne swap the brown and gold for black and white when he heads to Dalyston Football-Netball Club.
Former Traralgon footballer Brendon Goddard was selected by North Wangaratta Football-Netball Club with the seventh selection.
Drouin’s Dale Thomas will head up the Western Highway and play for the Nhill & Sporting District Tigers.
The first selection in The Carlton Draft saw Portarlington Football Netball Club select recently-retired Demon Nathan Jones, a game which will see him don the same red and blue colours he wore in his 15 years at Melbourne.
Legendary goal sneak Eddie Betts was next, heading to Branxholme Wallacedale Football Club in the South West District Football Netball League.
Three-time premiership hero Cameron Mooney was third and will play a game for Longwood Football-Netball Club, a club in much need of a prized goalkicker after a tough couple of seasons in front of the big sticks.
Slipping through the cracks, the biggest surprise of the night saw Campbells Creek Football Netball Club select five-time All Australian Alex Rance with the sixth selection.

Number 1 draft pick and Portarlington Demons recruit Nathan Jones said he was looking forward to suiting up.
“I have worn the beloved red and blue since I was nine. I played my junior footy for the Dees, I played 300 plus games for Melbourne and to be drafted by the Portarlington Demons for my first game after retiring is something special,” he said.
“There is a bit of pressure after being selected with the first pick and it was shock when my name was read out. I can’t wait to play and give the local community a much-needed boost.”
Carlton & United Breweries chief executive Danny Celoni hoped the initiative would put a smile on the faces of those at the clubs involved.
“After the challenges of the pandemic we wanted to help bring back the crowds and some extra passion to local Victorian footy, which forms the backbone of many communities across the state,” he said.
“Carlton Draught, along with our Victorian bottle shop and pub partners, value our long-standing association with grassroots footy. That’s why Carlton Draught has supported it for generations and plans to keep doing so for many more.”
The final order of The Carlton Draft: