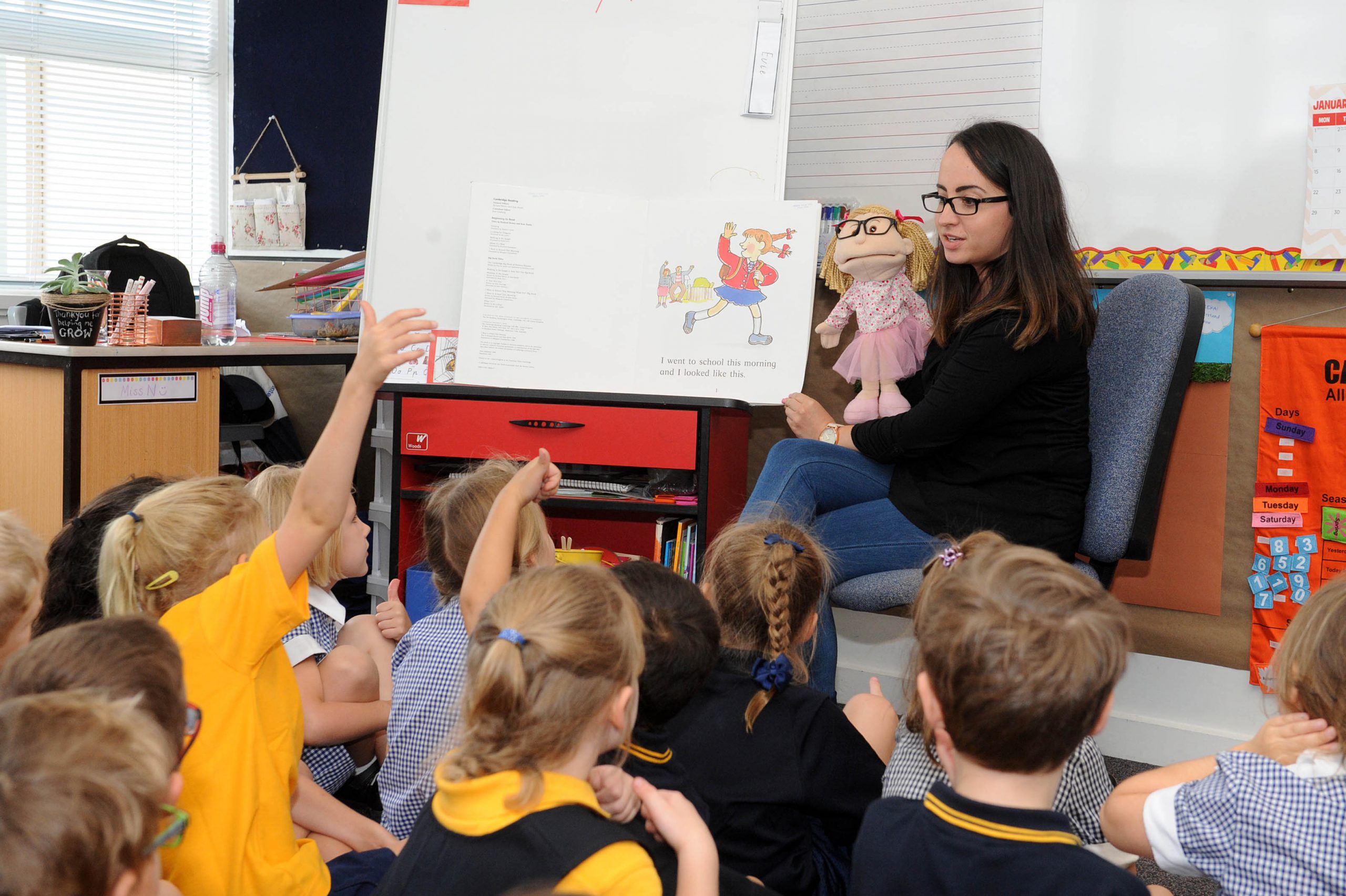 There was a lot of excitement, a few tears and nerves as almost 600 preps across Latrobe Valley schools put on brave faces to walk into the classroom for the first time this week.

Morwell Park Primary School preps began on Tuesday and were split into morning and afternoon groups to let the littlies ease into their school career.

Prep teacher Courtney Garth said most kids walked straight into their open classroom without a fuss where they could mingle and get to know each other.

“Some of the parents were scared to drop their kids off, but the new learning area is open, bright and colourful and kids are really responding to it,” she said.

Mum Jessie Wenzel said her son Samuel was raring to go and join his two older siblings at Morwell Park.

“He’s really happy about it, he wanted to come to school this morning and was not happy about waiting for the afternoon session,” she said.

Yinnar Primary school’s 35 new preps spent their first day learning about the letter S, touring the school with their grade six buddies, and getting stuck into some drawing and writing.

Teacher Jess Hoskin said there were a few separation nerves and one child even vomited but most were excited, and enthusiastic.

“I’m more nervous than them. I’ve never taught prep before. I’ve been teaching grades three and four for the past few years,” she said.

Yinnar’s preps will have Wednesdays off until mid-March and then tackle a five-day week.

Other district schools staggered their preps’ first days, some began later in the week to allow them to ease into school life. Across the Latrobe Valley about 7900 students are enrolled in government schools, with 500 year seven students also taking the big step-up into secondary school.