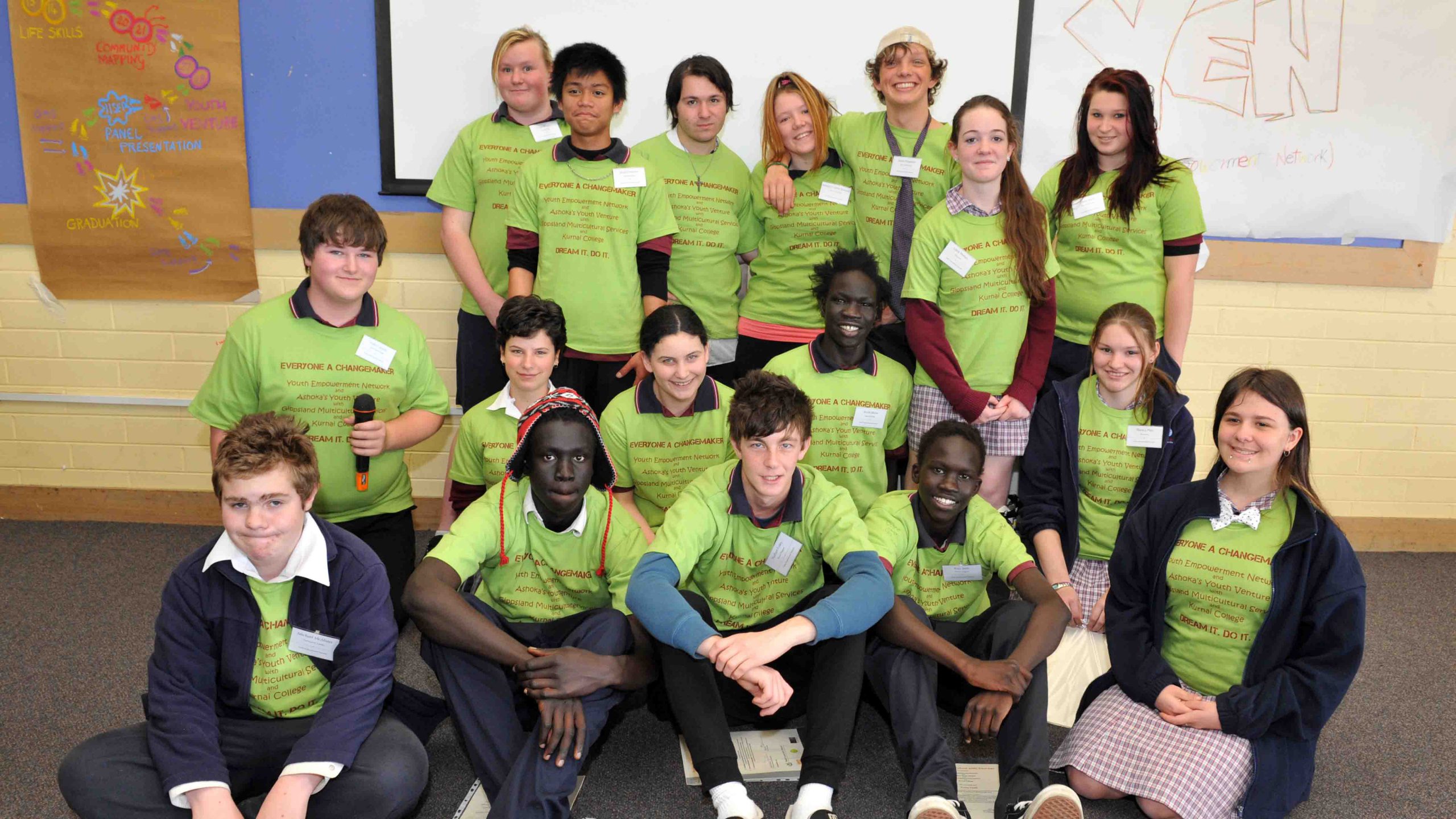 THE idealism and drive of young people has been channeled into a positive project inspiring them to instigate social change in their communities.

“We’ve changed a lot since the start of the project, from the way we interact with people, to the way we feel (about ourselves),” student Bianca Pike said.

“Before, it was like, ‘oh yeah, there are problems there’, but now we feel like we can fix it; we know we can do something.”

Bianca and classmate Kiowa Scott-Hurley were in team “Recyclone”, one of the five team projects born from the program.

Along with their teammates, the girls have had to brainstorm their social change project, which aims to increase the number of recycling bins in Morwell as well as promote an understanding of what can be recycled.

“Recycling isn’t new, but we noticed there were no bins around town; we’re hoping to get them set up everywhere,” Bianca said.

“What we’ve learnt from this project is if you have a plan, you can fix any problem,” Kiowa said.

The other projects were proposals for art and craft programs for younger children, stamping out bullying in schools, a community garden and a street soccer program. Year nine/10 teacher Cleo Lazaris said the students’ transformation throughout the month-long program had been “amazing”.

“They have gotten involved, built confidence and friendships they wouldn’t normally; they now see themselves as changemakers,” Ms Lazaris said.

She said the 18 students, who had volunteered to be part of the pilot project, had enjoyed the learning opportunities and the school hoped to continue the program depending on available resources.

YEN co-founders David and Carol Liknaitzky, who have successfully set up the program in South Africa and Brazil, were also present at the graduation ceremony.

“Young people can get disenfranchised and feel a longing for something bigger; this program lets them spread their wings and grow,” Ms Liknaitzky said.

“In a way, it’s an intervention program and an avenue to let them express themselves.”

GMS manager Lisa Sinha said the organisation’s broad approach to diversity meant the partnership with YEN was valuable, and the two shared many values.

“We provided support post-workshops and the next thing is to make sure we get the projects off the ground,” Ms Sinha said.

“The five projects are exciting, and will bring a real positive change in the community.”