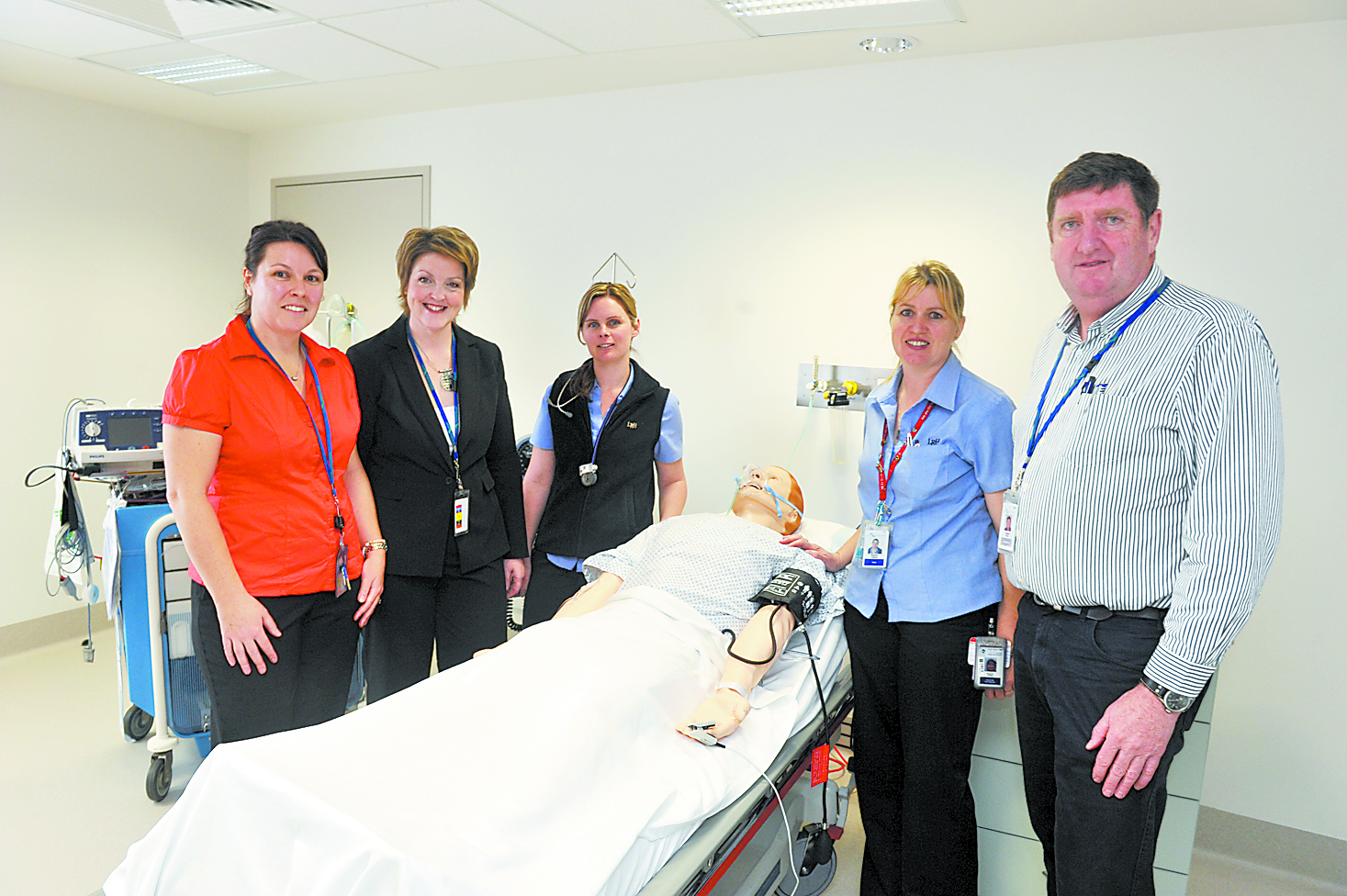 The precinct, located above the Monash School of Rural Health on-site at LRH, includes two state-of-the-art simulation suites where five of the latest simulator mannequins, costing $100,000 each, will be used to train health professionals.

LRH chief executive Peter Craighead said the vastly improved facilities would be instrumental in helping the regional hospital to both attract staff and “take more placements”.

He said another benefit was LRH’s capacity to now run the Masters of Nursing on-site.

Aside from the new simulation suites, which include observation rooms complete with one-way glass and the latest in video monitoring equipment, the facility boasts LRH’s relocated library and meeting rooms able to host multi-disciplinary meetings connecting this region to Melbourne and allowing for reviews with specialists.

Though initially funded by Health Workforce Australia through its Clinical Placement Network as well as the Department of Health and LRH, the precinct’s long-term sustainability would be LRH’s responsibility, according to Mr Craighead.

“We see the ongoing running of this precinct as an important part of our basic education,” he said.

Training suites were the result of a collaboration between LRH, the Monash School of Nursing and Midwifery and Monash School of Rural Health and the new space would be occupied by all three, Mr Craighead said.

While improved facilities proved beneficial to attracting staff Mr Craighead told The Express the past few years had already seen that task ease a little “especially with young specialists”.

Several factors, including less Melbourne-based placements for interns and LRH’s efforts to “build the organisation”, have allowed LRH to double its intern inake from five to 10 this year, with Mr Craighead saying it was evidence “the tide is turning”.

He hoped some of those interns would progress to “the GP program”.

The next stage of the precinct development, on its ground floor, will include the construction of a student-led clinic, refurbishment of the hospital auditorium and construction of a “break-out” space for conferences.