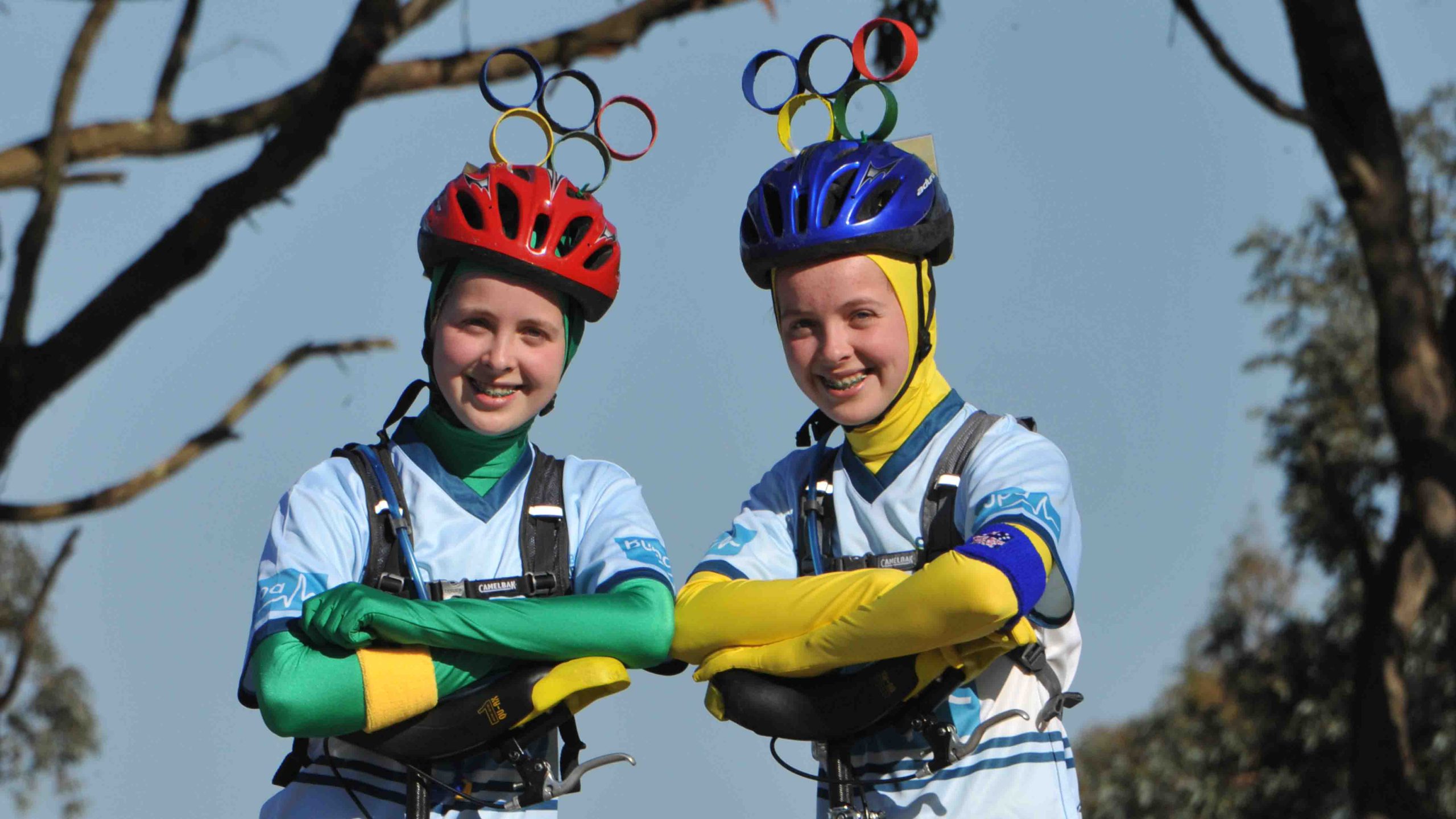 THEY may be kitted out in the green and gold as a nod to the recent London Olympics, but when it comes to crossing the finish line at the 20th Bupa Around the Bay bike riding challenge, Sophie and Amanda Fontaine know it is not about who comes first, but what they achieve together.

The Hernes Oak residents have made a name for themselves as the Latrobe Valley’s only pair of unicycling identical twins.

“We’re pretty evenly matched,” Amanda said, when asked who had the better technique and speed.

While it may be the girls’ third time participating in the 50-kilometre challenge around Port Philip Bay, they were still looking forward to the thrill of the ride and raising money for The Smith Family, who assists and supports disadvantaged students.

“The Smith Family helps give other disadvantaged kids an education; it’s amazing how people don’t have things (some of us) take for granted,” Amanda said.

“We’re still excited, the atmosphere is good; we’ll keep doing this as long as we can.”

This year, the twins hope to raise $3000 in the cycling event, and will join about 15,000 other participants.

Sister Sophie said the girls hoped to improve their time to about four-and-a-half hours, compared to the five hours they clocked last year, which could be aided by their larger-diameter unicycles, measuring 36 inches.

“The bigger wheels mean it’s easier to ride on flat surfaces, but harder uphill,” Sophie said, adding they had been practicing on the hills near their home.

The upcoming event on 21 October will be a family affair for the Fontaines, with their parents and older brother joining them in the bike challenge as a support crew – but on two wheels.

Mum Marianne said she hoped the wind would not be as strong as last year, with the twins finding it a challenge to get over the West Gate Bridge in gusty conditions.

The 14 year olds will be hard to miss in this year’s race, with Amanda dressed in green and Sophie in gold morph suits.

On their helmets are the iconic Olympic rings, cut out of cardboard tubing and painted in the corresponding colours, which the girls agreed helped double up to prevent magpie swooping.

“We chose the morph suits because that was what Cathy Freeman ran in, but we picked faceless ones to be more comfortable,” Sophie said, adding a few weeks ago, they had even chosen the colours of their braces’ rubber bands to match their green and yellow outfit.

“You don’t see many people in costume; they’re usually in lycra,” Amanda said.

The Smith Family only benefits when participants decide to fundraise as well as ride, as the registration fees for the event go directly to Bicycle Network Victoria to run the event.

Those interested in sponsoring the girls’ team, In Unison, can visit