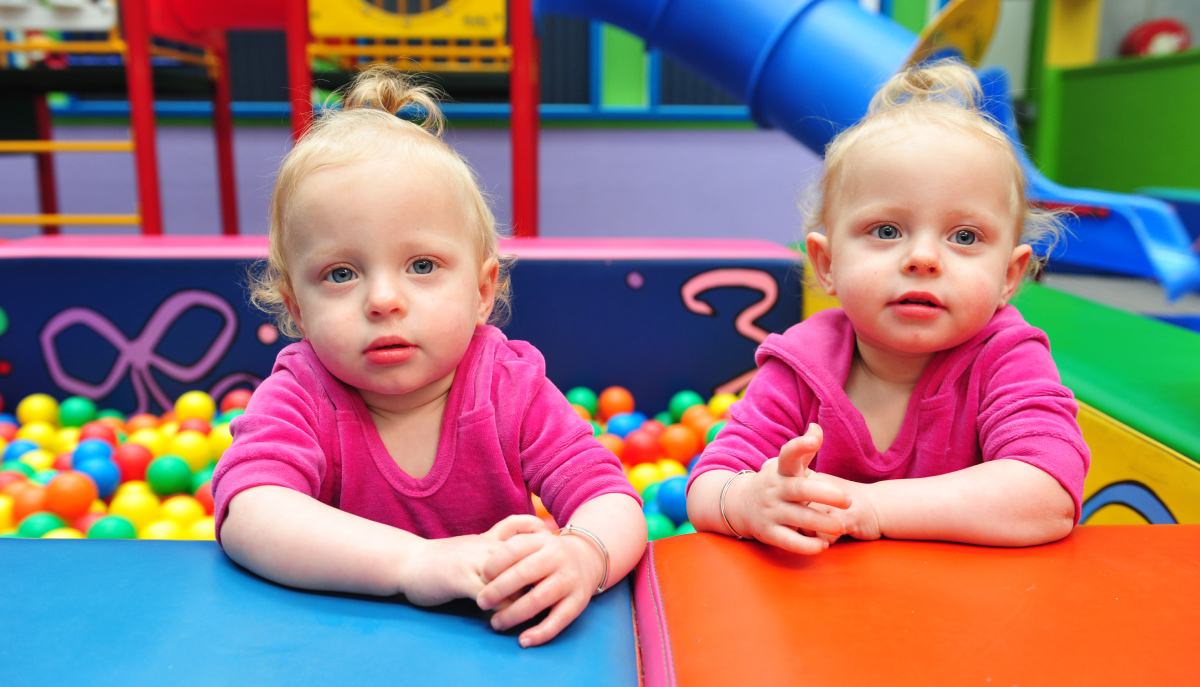 TWINS Ava and Lucie Piper may have been born on Friday, 13 May last year, but their Toongabbie mother Donna knows they are exceptionally lucky.

The battle for these 16 month-old toddlers began while they were still in the womb, and had to undergo laser surgery to save their lives.

“We all know they are miracle babies, but to be told they are medical miracles, too, just makes me feel like the luckiest person ever that they are here today,” Ms Piper said of the identical twins, who were born at just 28 weeks, each weighing only slightly over a kilogram.

Her daughters were diagnosed with twin-to-twin transfusion syndrome at just 19 weeks, a complication where one baby, Lucie, was overloaded with blood and the other, Ava, was starved of nutrients.

The odds of both the girls surviving the surgery were only 30 per cent, whereas there was an 85 per cent chance only one would survive.

“I was having an ultrasound when I was told there was a problem; I was rushed to the Monash Medical Centre and had laser surgery pretty much the next day,” Ms Piper said.

“There were only two options; to terminate, or to have the surgery, and I knew I needed to give the girls the best chance of survival.

“I wasn’t even thinking about me, I just wanted (the surgeon, Dr Andrew Edwards) to save my girls.”

The operation, which saw incisions being made in Ms Piper’s abdomen to laser the connection between the girls so the fluids evened out, saw the 31 year-old kept in the hospital for five days.

“They gave me an ultrasound before I left to see if it had worked, and Ava had come off the wall and looked like she was going to be okay,” she said.

“I remember sitting in the room, just crying and crying, and thinking it was the best feeling in the world knowing she was okay.”

However, Ms Piper’s pregnancy did not get any easier from then.

“At 27 weeks, I got sick with a blood infection; they didn’t know what caused it,” she said.

“At 28 weeks, my waters broke, and I was rushed to Melbourne for the delivery.”

Because Ava and Lucie’s lungs were not fully developed, the girls were kept at MMC for 20 weeks, and Ms Piper was left emotionally exhausted as she had to be separated from her husband, Robert.

“Rob had to keep working in Traralgon while I was there with the girls, singing, reading and talking to them every day,” she said.

“It was such a strange feeling, because it felt like they were not really mine; there was a connection there, but I couldn’t do what I wanted to do… I felt like I had to let go, a bit.”

Ms Piper’s caution and worst fears almost became true one day, after she had taken a 15-minute lunch break with her sister.

“When we came back, Ava was surrounded by doctors; she had stopped breathing and they had to resuscitate her,” she said.

Bringing the girls home was “full-on” for the Pipers, but Ms Piper said the experience brought her and her husband closer.

“We’re a good team and I am glad I’m not doing this alone,” she said.

“Watching the girls play together and get to know each other, I feel a bit teary sometimes because I know what we’ve been through to get them here.”

As she watched her girls toddle around, one closely followed by the other, Ms Piper said she was looking forward to watching the girls, named after their grandmothers and a close friend, grow up and become good friends themselves.

“I’m looking forward to seeing them find out the connection identical twins have,” she said.