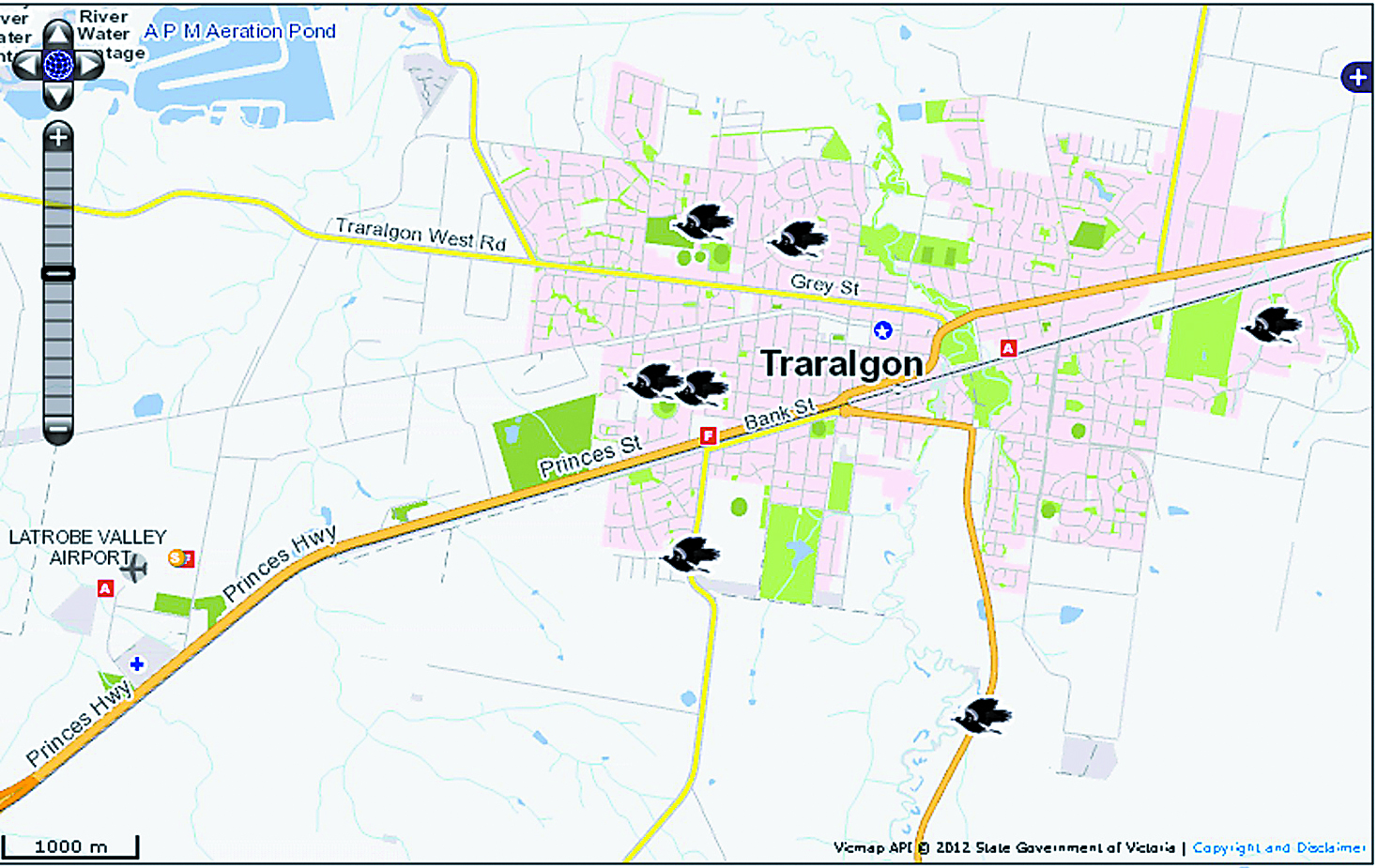 TRARALGON has been named one of Victoria’s magpie swooping hotspots this spring on the Department of Sustainability and Environment’s Magpie Map.

According to the map, some of the areas which have seen significant swooping incidents this year include Garibaldi Street, Ryan Avenue and Ellavale Drive.

DSE wildlife officer Michael Woods said since the start of spring there had been more than 370 reports of swooping birds across Victoria, with bike riders being the most common targets.

“But now with the end of spring in sight people will start seeing fewer swooping birds as the nesting period ends and baby birds grow up and leave the nest,” Mr Woods said in a statement.

“Most of the reports of swooping birds come from areas where large numbers of people live, but also that are characterised by lots of big trees that birds like to nest in.”

The swooping period generally runs for a few months over spring as birds defend their eggs, young and their territory.

Other Latrobe Valley towns have not been spared the swooping birds.

In Morwell, regulars to the Sir Norman Brookes Park near McDonald Street were cautioned to be wary of “a very angry bird (which) will follow you,” next to the Morwell Leisure Centre.

Along Andrew Street, people have been reminded to watch out for “an annual swooper” while on the corner of Ashley Avenue and Maryvale Road, two magpies are reportedly “very aggressive in the morning and around 3pm to 4pm”.

In Churchill, a pair of birds reportedly regularly swoop school children at the corner of Northways Road and McDonald Way.

There were no reports of swooping in Moe as yet.

According to the DSE, its Magpie Map was set up so that people could find out where there were swooping birds and then try and avoid the areas on their daily commute or while out for a walk.

Across the state some of the other reports to the website include people having problems collecting the mail because of a swooping bird nearby, numerous reports of swooping on bike paths, cunning magpies that aim below the helmet, “annual swoopers” that swoop in the same site every year, persistent followers of cyclists, one at Glen Waverley that prefers cyclists over pedestrians and a swooping bird between the fifth and sixth fairways at a golf club east of Melbourne.

People can continue to report swooping birds at www.dse.vic.gov.au/swoop or on Twitter to @DSE_Vic using #swoopvic.