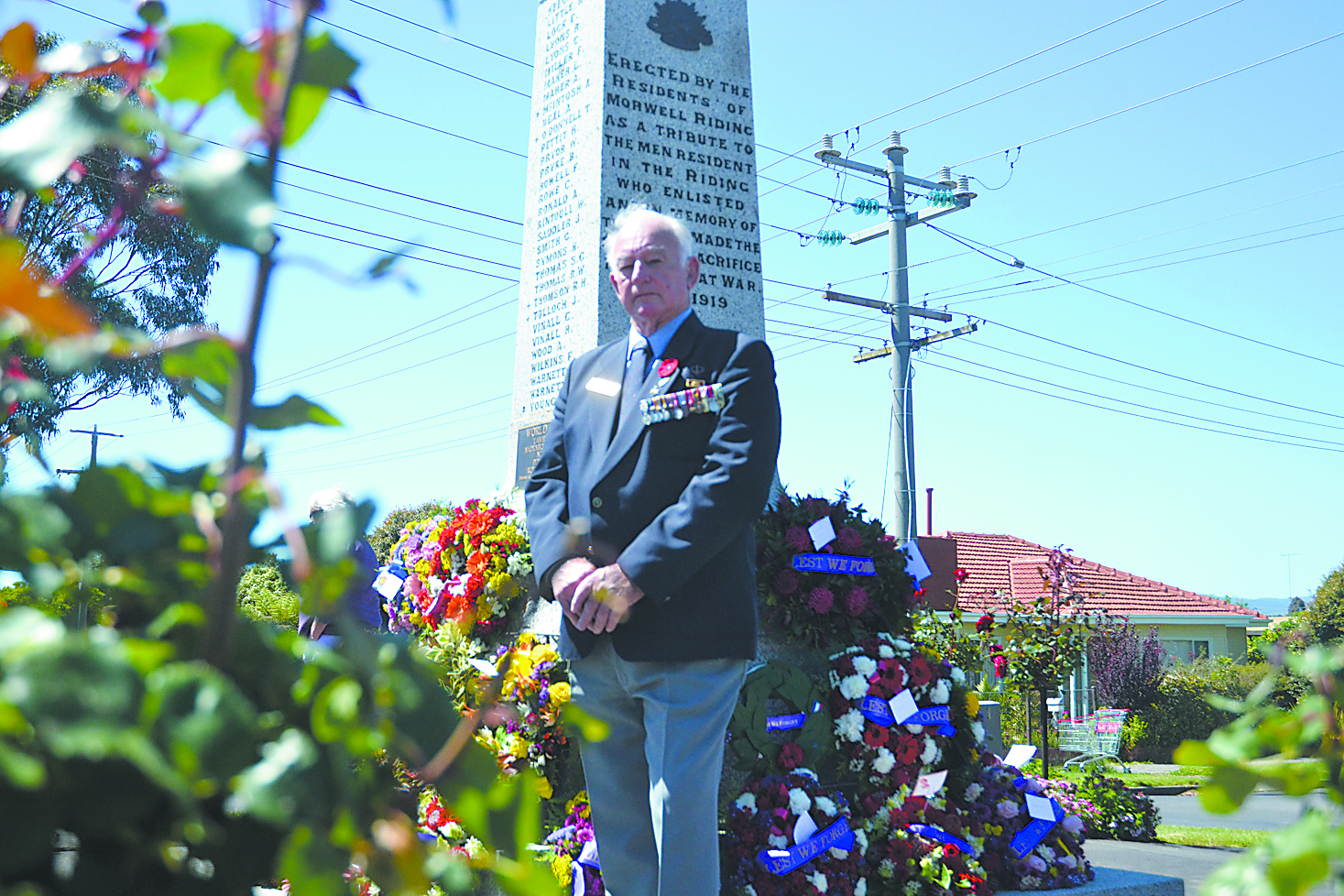 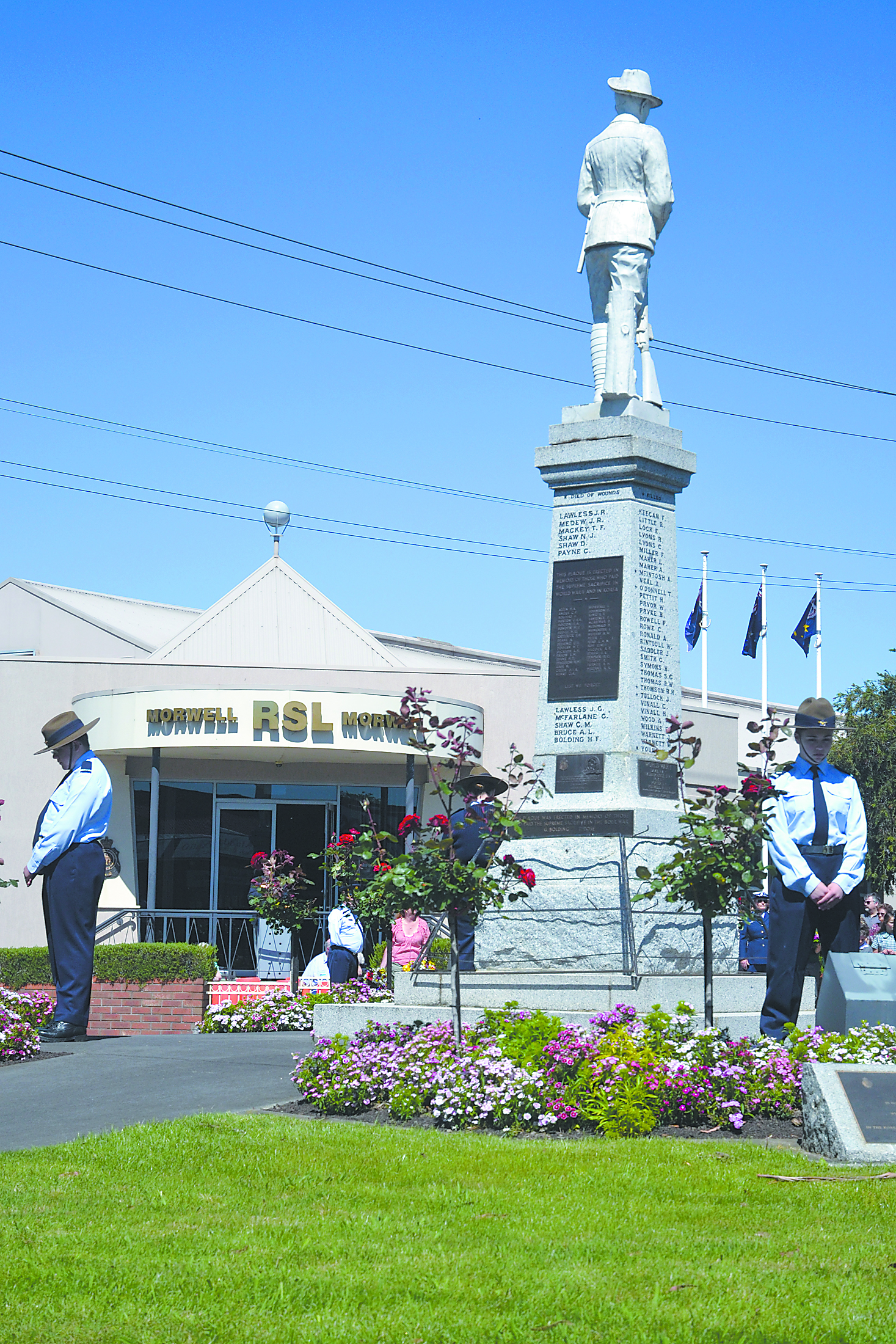 SOLDIERS past and present were honoured yesterday in Remembrance Day services across the Latrobe Valley as the nation paid tribute to its 102,000 fallen heroes throughout all wars.

A large crowd paid their respects at a service held at Morwell Returned and Services League, with school students laying wreaths at the cenotaph.

Master of ceremonies for the day was Morwell RSL senior vice president Les Maher, who said Remembrance Day’s significance continued to be upheld by all Australians.

“The schools are fostering more and more of it; it is still growing.

“You talk about a hundred years ago the Boer War, yet the students today are turning up to all the services and they don’t seem to be decreasing.”