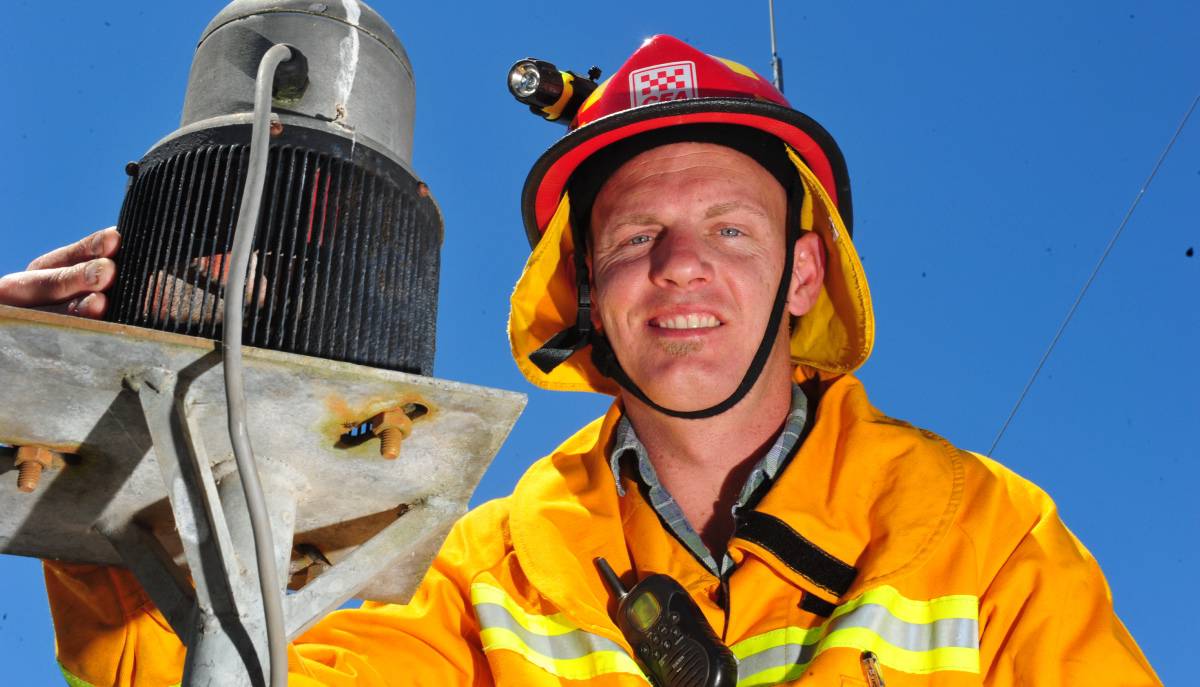 Rural fire brigade captains have welcomed a pilot program to re-introduce the use of community sirens in two Latrobe Valley towns as an additional warning tool leading into the summer fire season.

The captains of the Yinnar and Boolarra Country Fire Authority brigades said while their respective stations already had sirens installed, they were not used often since pagers were brought in to alert members.

Boolarra RFB captain Todd Birkbeck said after the 2009 bushfires, members realised sirens were another tool which could be used to notify the public.

“At the end of the day, if an incident is happening, the public has still got to be vigilant of what is going on in the community,” Mr Birkbeck said.

He said the present siren at the station, with a sound radius of about two kilometres, had not been used very often during his time with the brigade.

“When we built the new station, we were not going to put it in, but we decided to keep the siren,” he said.

“There are a number of variables involved in siren use, such as the wind, the strength of the signal going out, and whether other loud noises are present at the time,” Mr Birkbeck said.

“The siren would work fine for (alerting) the township, but it’s the outlying areas (we are concerned about).”

Mr Birkbeck said the station did not use the shorter rings often, only when the pager system dropped out.

“It’s not something to be used very often (to the point) the community will be annoyed,” he said.

Meanwhile, Yinnar RFB captain Geoffrey Stolk said the use of the community siren would be helpful if there was a major incident which could impact the community, such as a fire.

“If there was the chance to impact on the township, setting off the siren (will prompt) people to do something,” Mr Stolk said.

According to a statement from Bushfire Response Minister Peter Ryan’s office last week, 46 sirens would be installed in 39 communities, including Yinnar and Boolarra.

Upgrades to sirens to be used during the pilot are expected to be completed over December and January and the locations were chosen based on their bushfire risk and access to a working CFA brigade siren or community siren.

The community alert siren, if sounded for up to 90 seconds, would indicate a CFA brigade was responding to a nearby incident, while a prolonged five-minute signal would indicate a significant emergency was underway and people should seek further information from emergency broadcasters and take action.

On The Express’ Facebook page, readers were generally supportive of the upgrading of the sirens.

Reader David Burt said the sounding of the sirens could prompt residents to search for more information.

“Communities in the Pacific rely on tsunami sirens which prompt them to check their radio or TV for more details.”

Meanwhile, Rosedale resident Jess Bathgate said having lived in close proximity to the Yinnar station, the sirens could be annoying if rung for small incidents, but if the town was under threat, it should be sounded loudly.