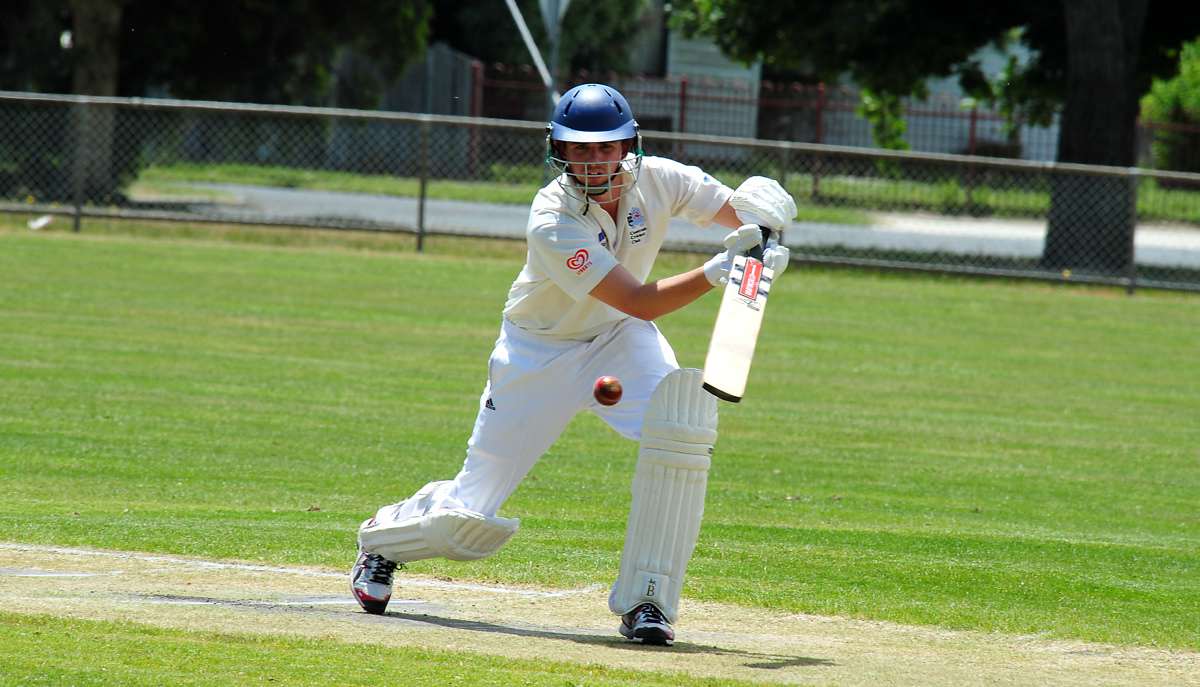 RAIDERS stormed back  into finals calculations with a thumping win over the previously undefeated Ex Students  in a massive upset on the second day of play in round five of Traralgon and District Cricket Association action.

In the big clash at the Recreation Reserve Raiders was always in the box seat with 268 on the board, but the ease in which it won was the surprise as the ladder leaders capitulated in a disappointing effort.

Opener Barney Webber top scored with 33, but at 9/101 the Sharks were floundering and only a last wicket stand of 50 between Rob Voss (21*) and Andy Mathews  (28) added respectability to the score.

Brad Knowles turned in a man of the match performance with 4 /15 off 14 overs, while young guns Alex Lawson 3/25 and Kurt Holt 2/18 made strong contributions.

WITH 263 runs on the board CATS would have been expecting an easy win, but these two sides have had some close clashes over the years and this game was a ripper.

The day started disastrously for Churchill as openers Matt Harvey and Paul Metlikovec departed for ducks.

Ben McQuillan (32) and Ryan Wilk (22) steadied the situation for the Cobras before captain John Keighran  followed up last year’s semi-final century at the ground with a blistering 127 to take his side to within  22 runs of victory.

In a nail-biter CATS hung on to win by eight runs as it bowled Churchill out for 255, with Connor Sloyan taking four wickets and Davin Charleston three.

CHASING 224 Centrals  could not have started any worse in a shocking batting collapse that left it at 6/36.

Stuart Brooks with 34 and Corey Pollard’s top score of 39 added 80 for the seventh wicket but that was as good as it got for the home team as it was bundled out for 144.

Tom Shippen was magnificent for the Rams with 6/27 off 22 overs.

Toongabbie batted the 20 overs left in the day and was 5/74 at the end of play.

WITH 184 on the board Traralgon West needed to start day two with early wickets, but Grantley Switzer and nightwatchman Adam Brady had other ideas as they put on 68 for the second wicket before Brady fell for a handy 36.

The Tigers never looked in trouble as they got the runs four wickets down.

Switzer made a steady 64 and was ably assisted by Adrian Burgiel’s 71 and Travis Switzer’s 60 as the Tigers reached  321 off  66 overs.

The star for Traralgon West was off-spinner Ray Falla who took 6/76 off 20 overs.

Result sheets were unavailable at the time of print.