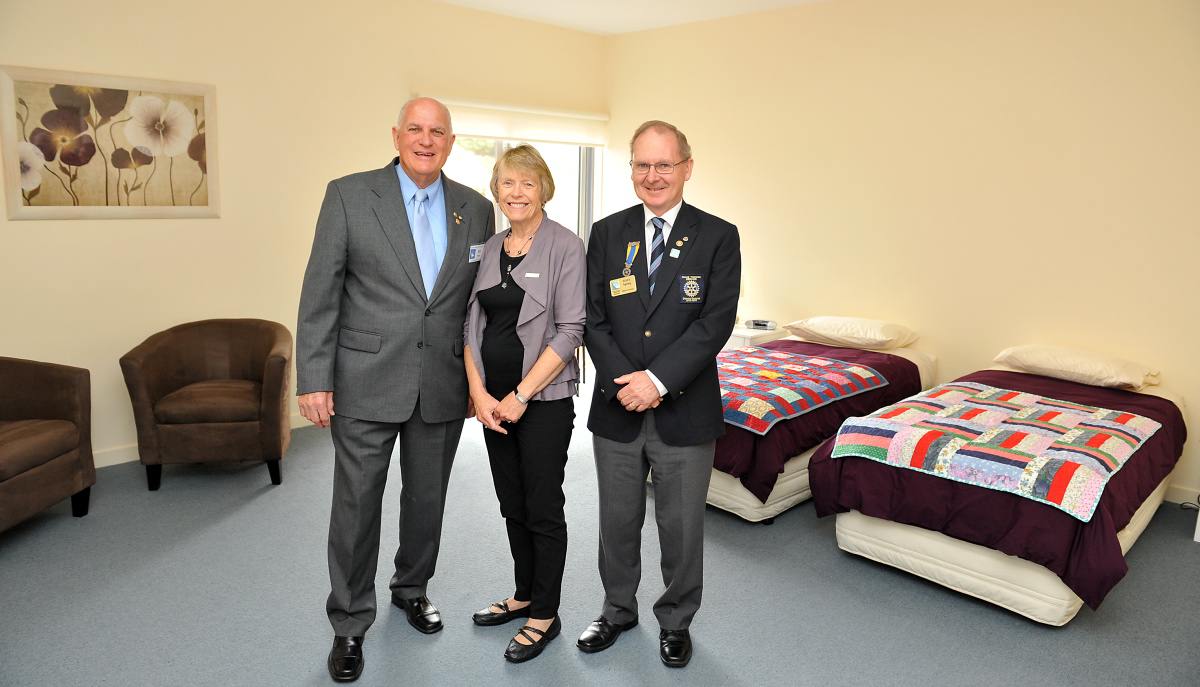 HAILED as a “victory for passionate people”, stage two of Gippsland Rotary Centenary House was officially opened on Friday.

The $2.4 million second stage of the accommodation facility for Latrobe Regional Hospital cancer patients and their families was completed in December last year and has been occupied ever since, but efforts to have Federal Health Minister Tanya Plibersek officiate the facility’s opening delayed the event.

In the end, Ms Plibersek, whose government contributed $1.5 million to the facility’s extension, was an apology with her duties undertaken by Federal Member for Gippsland Darren Chester.

The MP joked it was “very rare for a member of the (Federal) Opposition to speak at a function on behalf of the government”.

He was acknowledged by GRCH committee of management chair Ken Peake as a strong advocate in parliament of the Gippsland Rotary-driven community project.

Mr Chester echoed the sentiments of all involved that the project was “quite a miracle”.

He said GRCH, since its inception, had attracted bi-partisan political support at the state and federal level and was “an extraordinary gift the people of the Latrobe Valley have given”, predominantly for the benefit of other Gippslanders.

Since GRCH, now valued at more than $5 million, first opened in 2006 it has supported more than 1000 patients through what Mr Peake called a “marvellous partnership”.

He said Latrobe City Council’s provision of land at a peppercorn rent, widespread community donations, generous business support “even in an economic downturn”, $50,000 from the State Government for landscaping and the efforts of a band of volunteers had put GRCH in a position where, if a third stage of the project was deemed necessary, it could be considered.