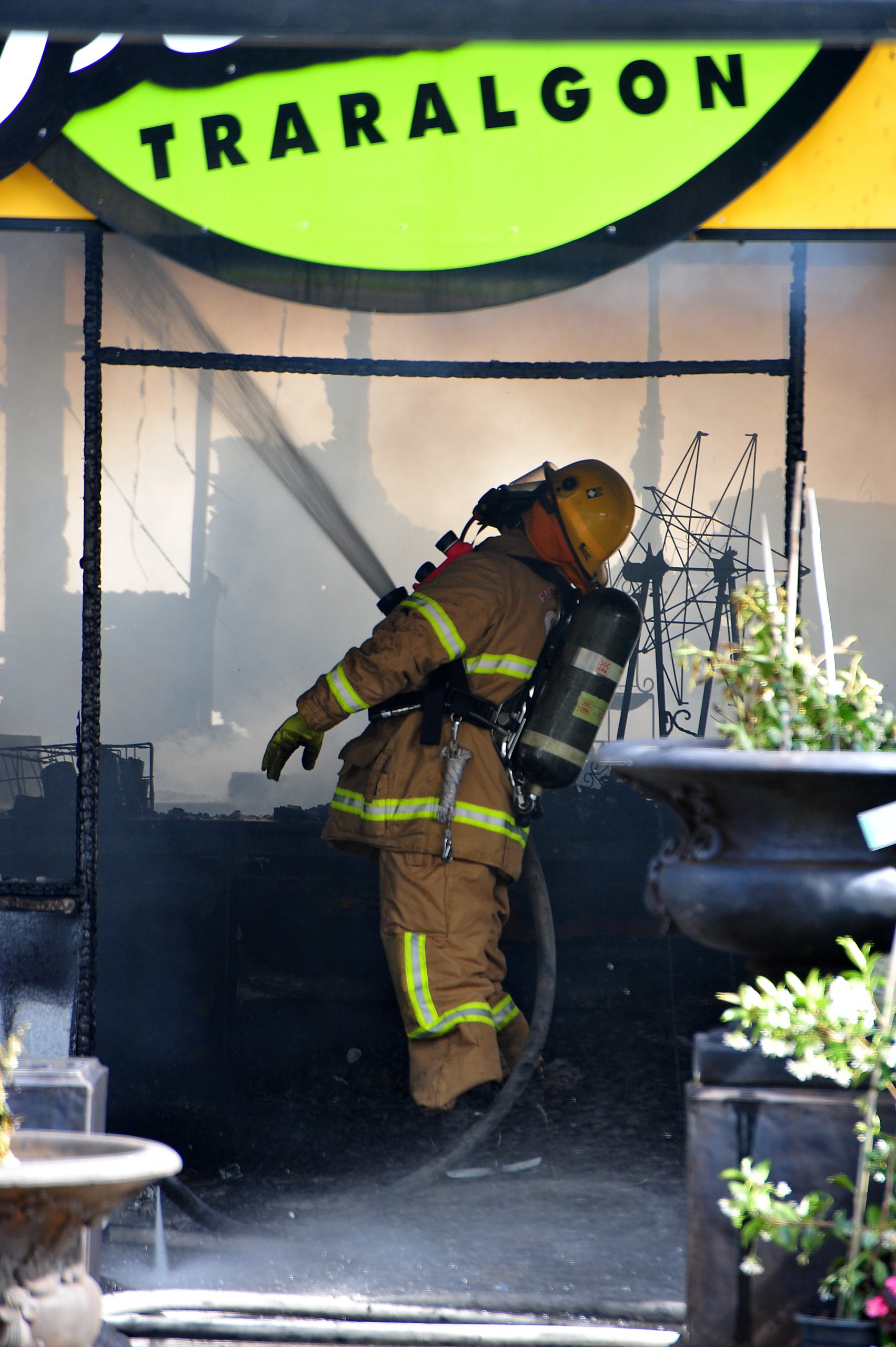 THE doors of GrowMaster garden centre in Argyle Street, Traralgon, reopened its doors for business at the weekend despite a large fire gutting its main gift shop on Friday morning.

Owners Craig and Debbie Goodman said while the heavily-stocked gift store in the lead up to Christmas had been destroyed, its plant life and garden supply section was fine.

“We are working on facilities to reopen, most likely through the gates in the car park,” Mr Goodman said on Friday, hoping it would be “business as usual”.

“It’s devastating; the staff have put a lot of work in, right on Christmas.”

Mr Goodman has owned and managed the business since 1986.

While there has not been any official finding on what caused the blaze, Ms Goodman said it may have been an electrical fire.

“Staff were having their 9am meeting in the shop when they heard a loud ‘bang’, and before they knew it the place was alight,” Ms Goodman said.

“There was no time for them to get their keys or bags, or even the fire extinguisher; they’re all shaken, but unharmed.

“We’re all wondering what happens next; the place was all decked out and ready for Christmas, but now it’s all gone.”

Country Fire Authority Traralgon incident controller Aaron Worcester said the CFA was called out to the site at 9.15am, with five units attending.

“The initial stage of the fire was intense and an effort to control, which took us 45 minutes,” Mr Worcester said.

“There was a high fuel load, with the Christmas stock; we are taking precautions and will be investigating the cause of the fire.”

He said while there was fertiliser on the premises, it was not believed to have contributed significantly the blaze.

“There are no risks (to the surrounding areas) at this stage,” Mr Worcester said.

The smoke from the structure fire was reportedly seen from Glengarry.

The residential properties located near the business were unaffected by the blaze, although residents who were home at the time said they were shaken by the proximity and intensity of the fire.