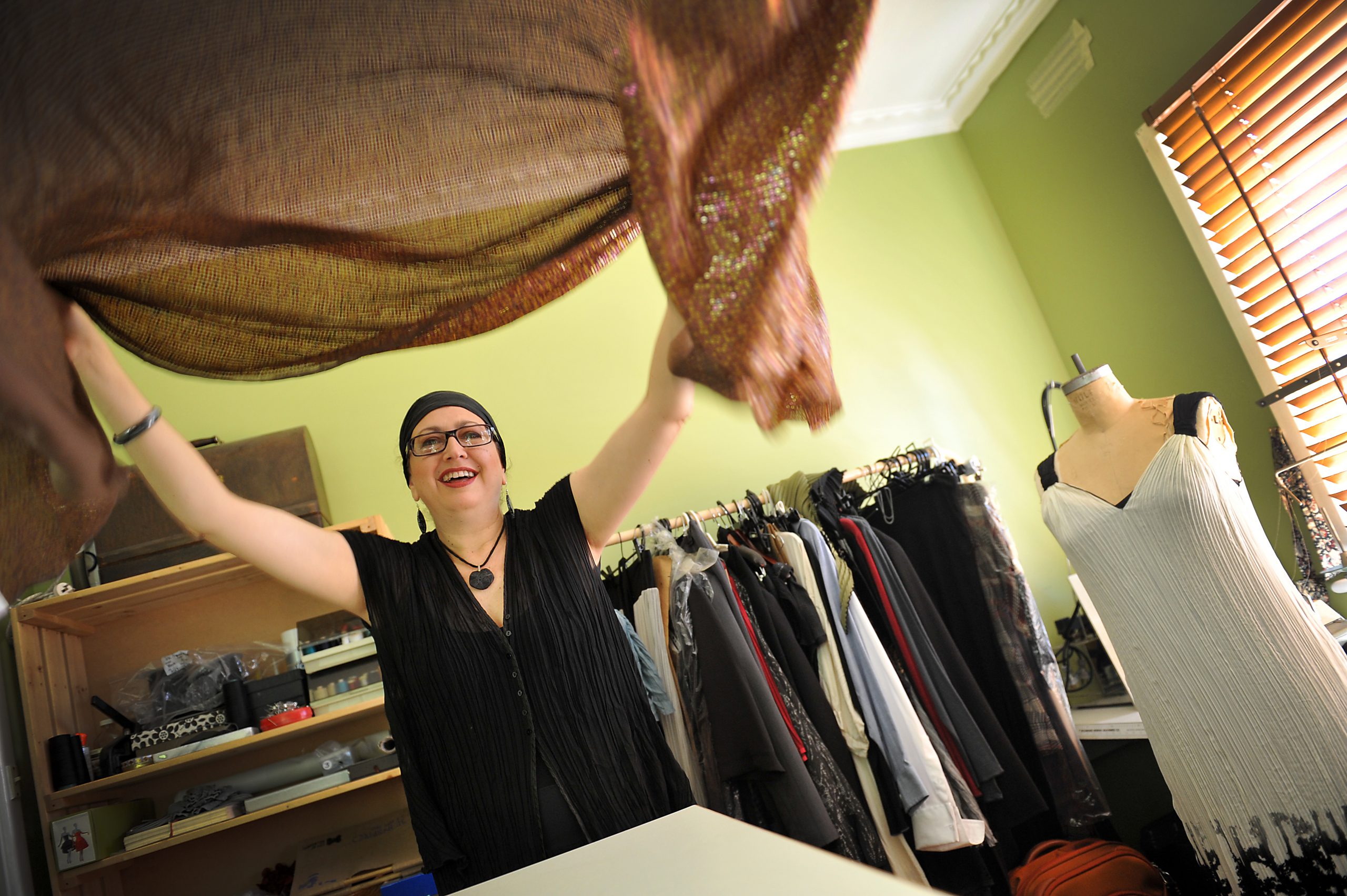 TRARALGON resident Argyro Gavalas is more accustomed to designing women’s clothing, but a move to the Latrobe Valley two years ago saw the Melburnian begin to craft a new life for herself.

An avid nature lover, Ms Gavalas admitted her first impression of the Valley was the smog, but said she had not noticed it since she made Traralgon home.

“I admit, in the first three months, every day I was plotting how to move back to Melbourne, but after another three, I was plotting on how to stay here permanently,” Ms Gavalas said.

“I’ve found I am more relaxed here, and happy to be less stressed; there are lots of really nice things to do and see around here.”

Citing her garden as one of the luxuries she could not afford in the city, Ms Gavalas said tending to her plants also inspired and fueled her creativity.

“In a smaller community, you can make a bigger impact,” she said.

“I love Melbourne, but sometimes you feel lost, and you are a much smaller fish there.”

Ms Gavalas has immersed herself in the local community through her involvement with not-for-profit organisation Fitted for Work in Morwell, and through the Traralgon and District Arts Society.

A designer and dressmaker by trade, she also manufactures clothing for young Melbourne designers, and said the distance from the city still allowed her to operate her business there three days a week.

Although her designs have been worn by celebrities such as Olivia Newton-John, Nim’s Island author Wendy Orr and Ally Fowler, Ms Gavalas said she was more interested in dressing “real women”.

“My main objective is to make women feel good about themselves as they are; I don’t like to dress people with perfect figures,” she said.

Ms Gavalas recounted an instance where a woman came into her shop in Melbourne broke down in tears after she tried on one of her designs.

“It turned out she had breast cancer, and had been out looking for something that fit her, but nothing did,” Ms Gavalas said.

“The dress (she tried on) made her feel beautiful and confident (about her body) again.”

When asked about her experience dressing Olivia Newton-John, Ms Gavalas said she was supposed to dress her for the 1999 Logies.

“She loved my design, which featured a lot of pleats; I’d told everyone I’d dressed Olivia, but she didn’t turn up that night. It turned out her mother was sick so she stayed home, which was sweet.”

“She did eventually end up wearing my dress for a going away party, and I designed nine outfits for her US (United States) tour.”

Ms Gavalas said during a meeting with the star, Ms Newton-John had exclaimed she needed to bring “Madonna” to see her.

“I was shocked; I was thinking ‘Madonna wouldn’t be impressed with me’, but it turned out Madonna was her personal stylist,” she said with a laugh.

Ms Gavalas, whose mother and grandmother were both seamstresses, said she had not received a lot of feedback yet on her designs locally.

She said her designs were not available for purchase in the Latrobe Valley yet, and she was looking for a more artistic store to sell her work.

“The average price is about $300 or $400 because they are locally made by myself, so I don’t sell too many,” Ms Gavalas said.

“But with the internet, I can be anywhere, and I really like living here in the country.”