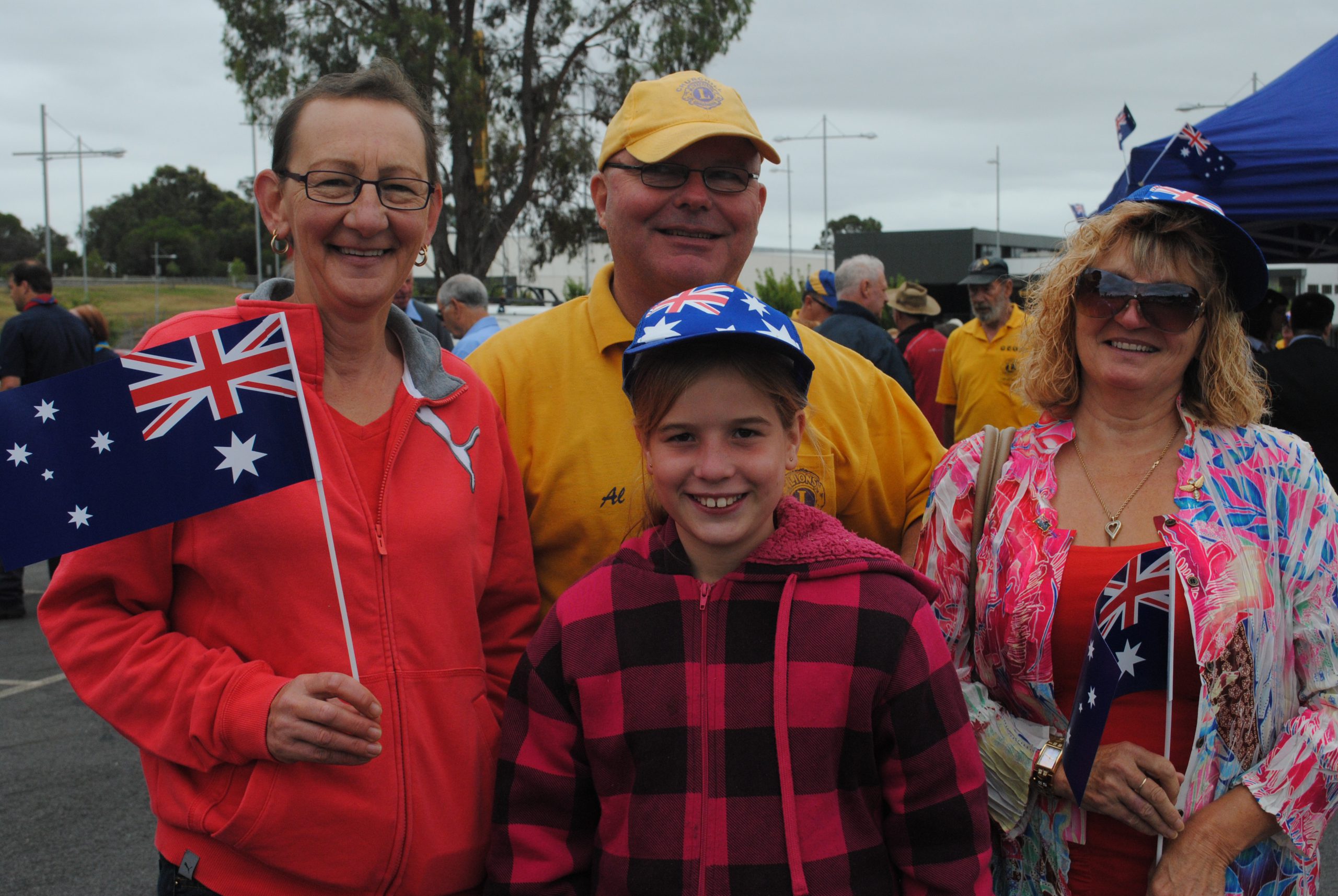 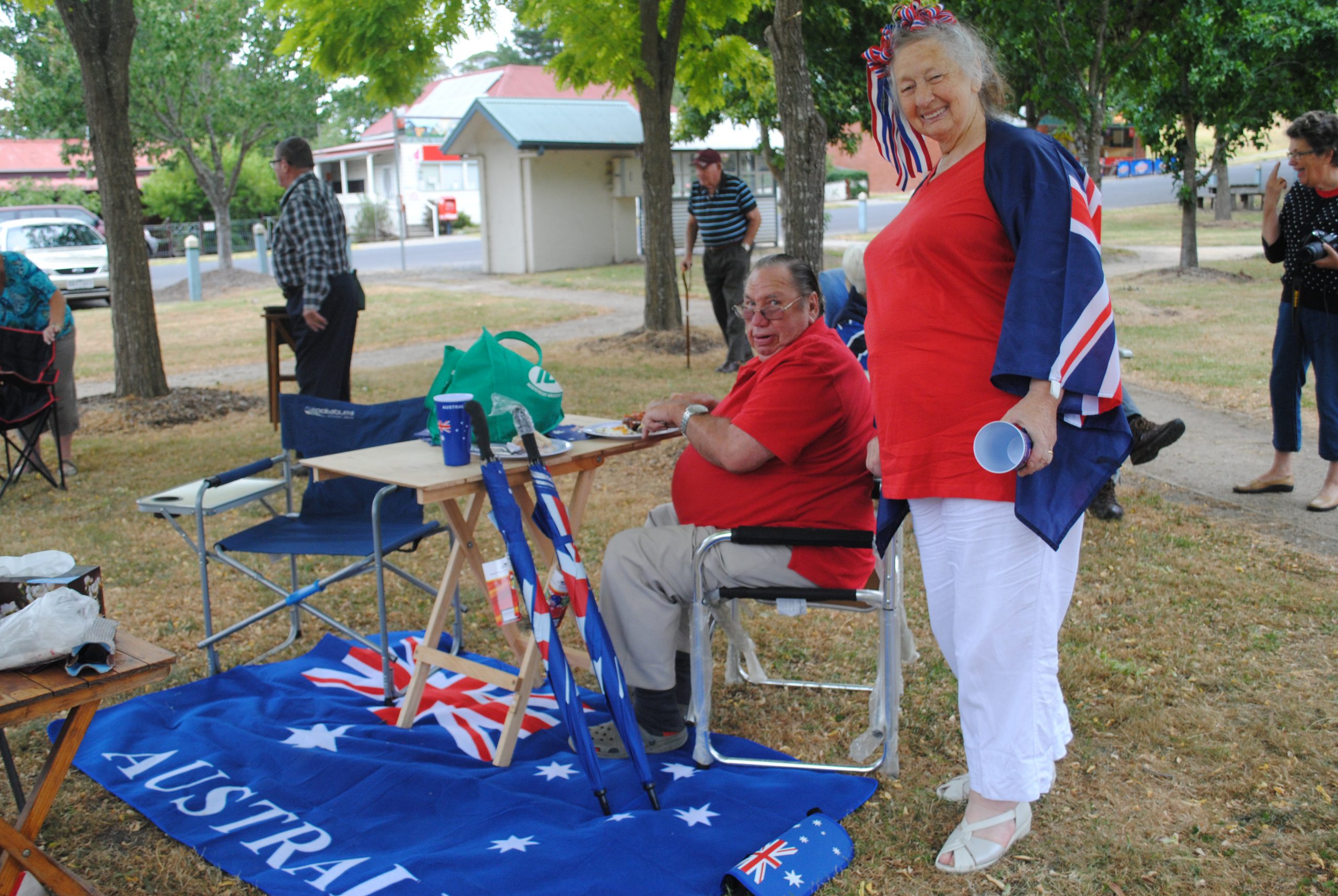 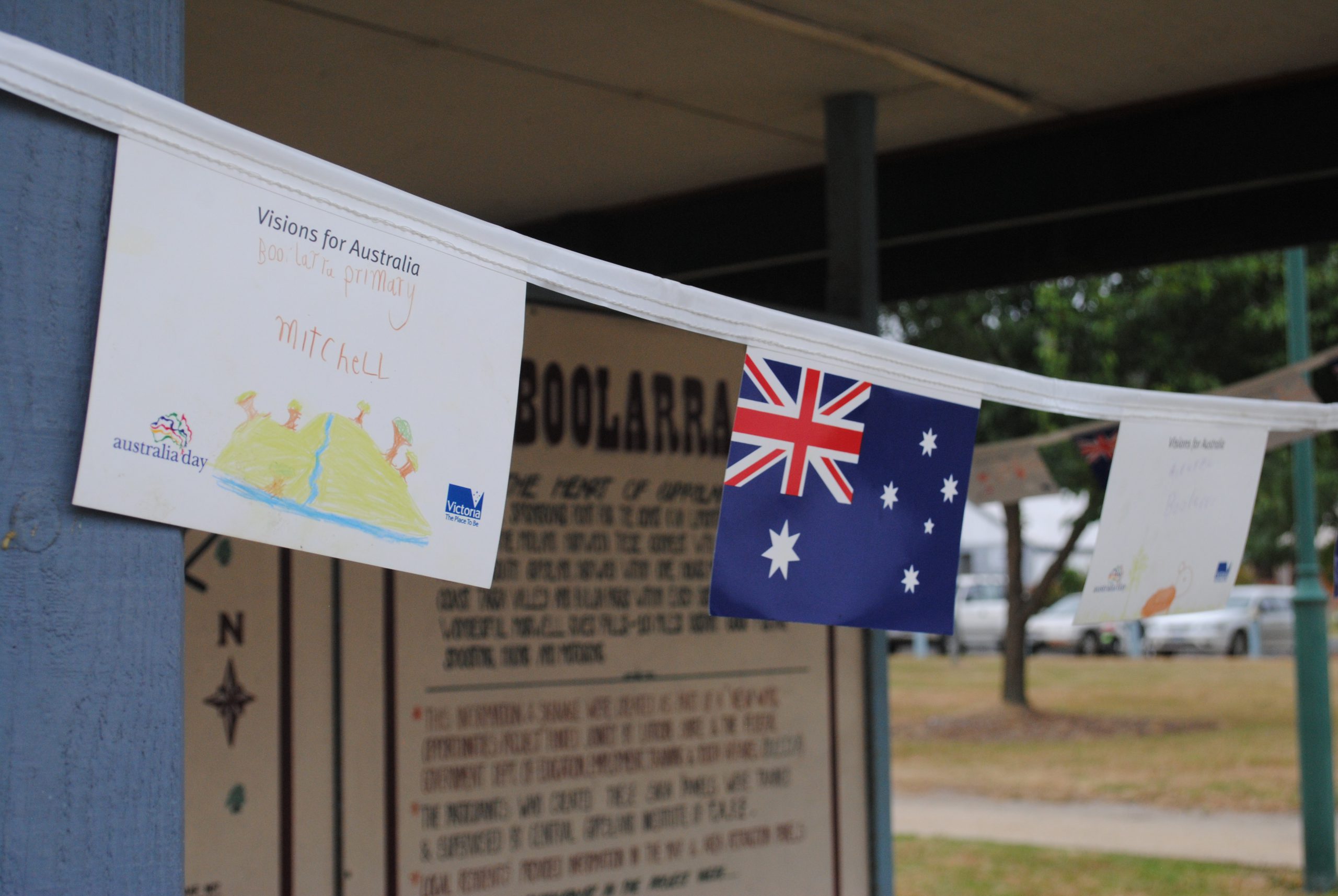 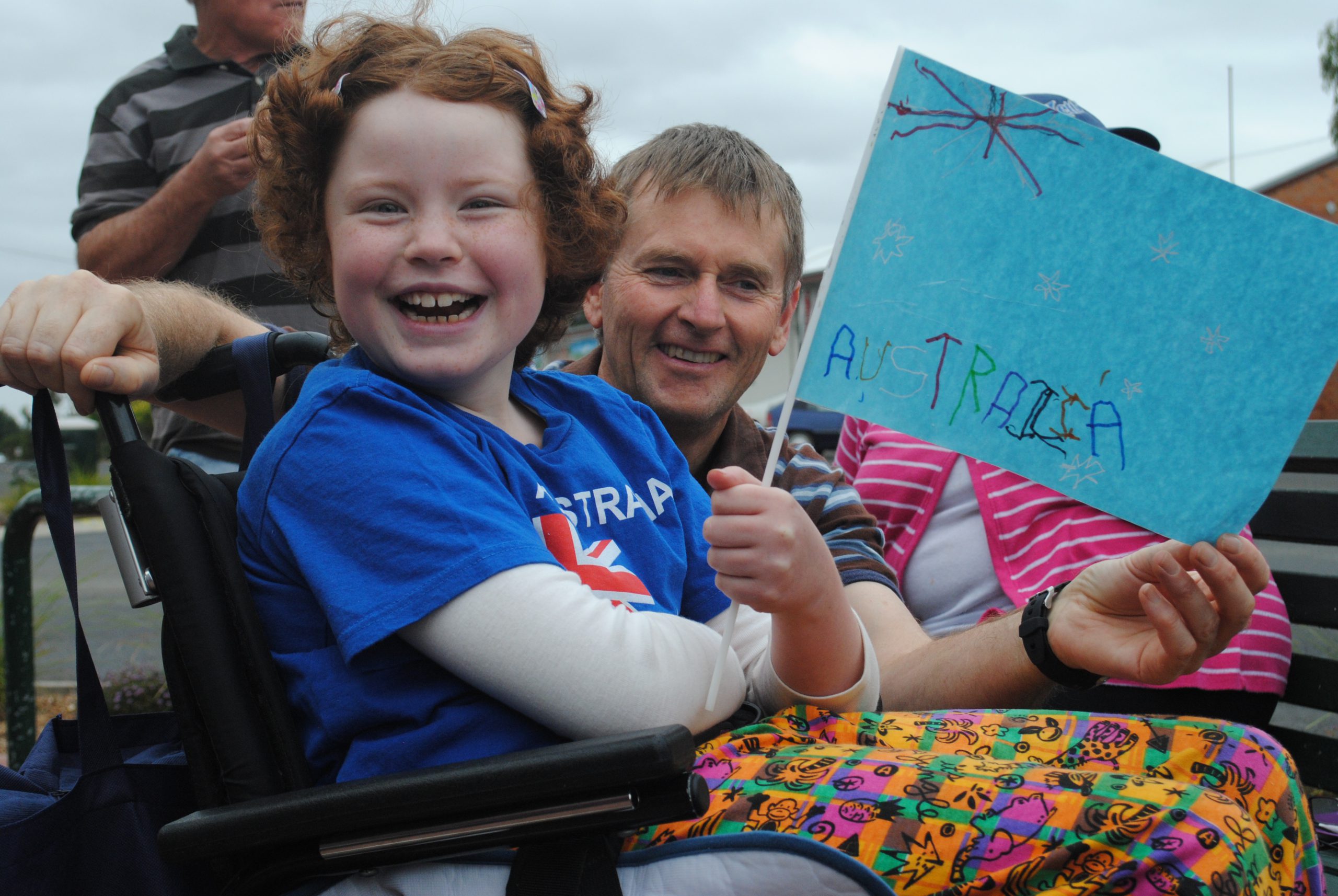 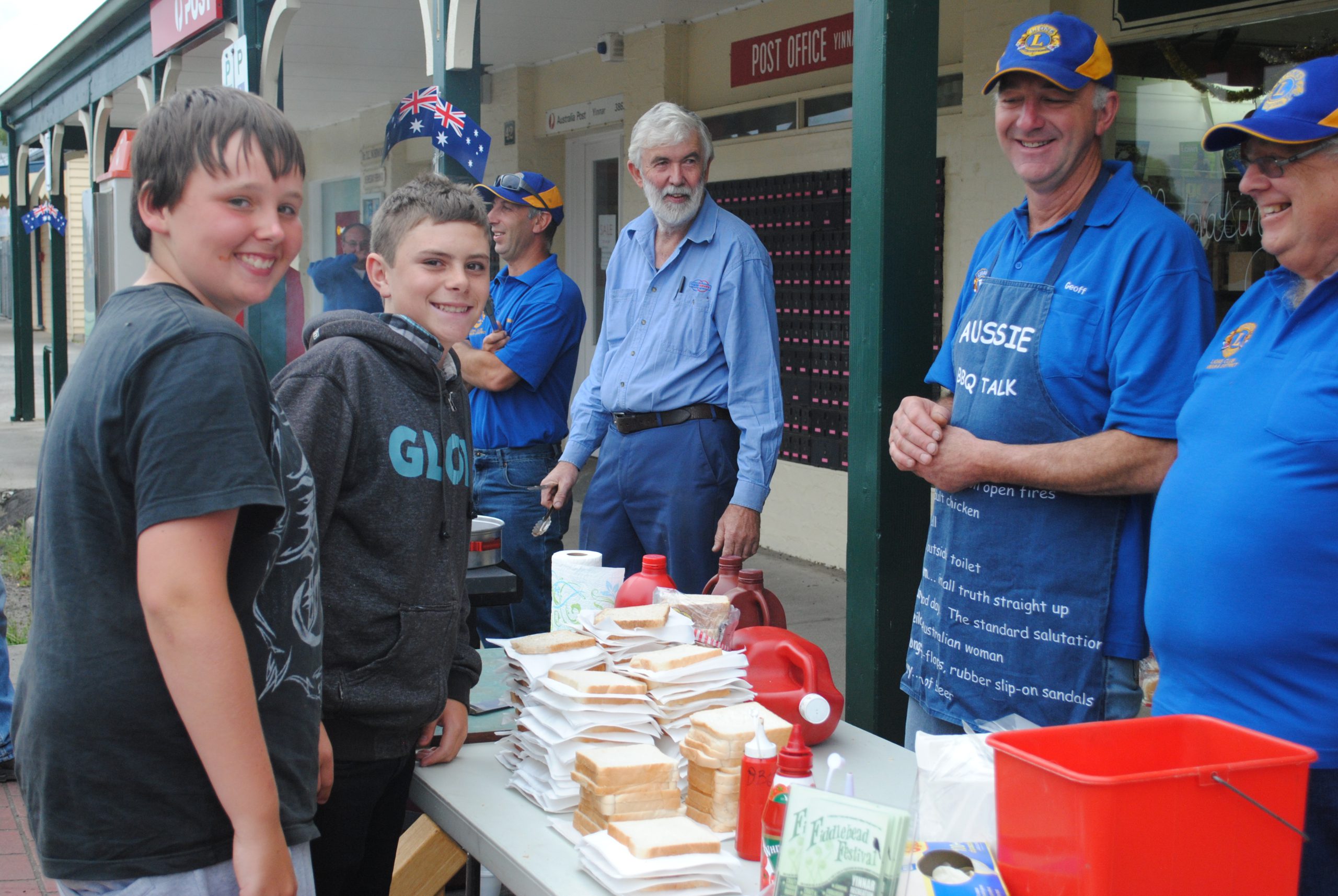 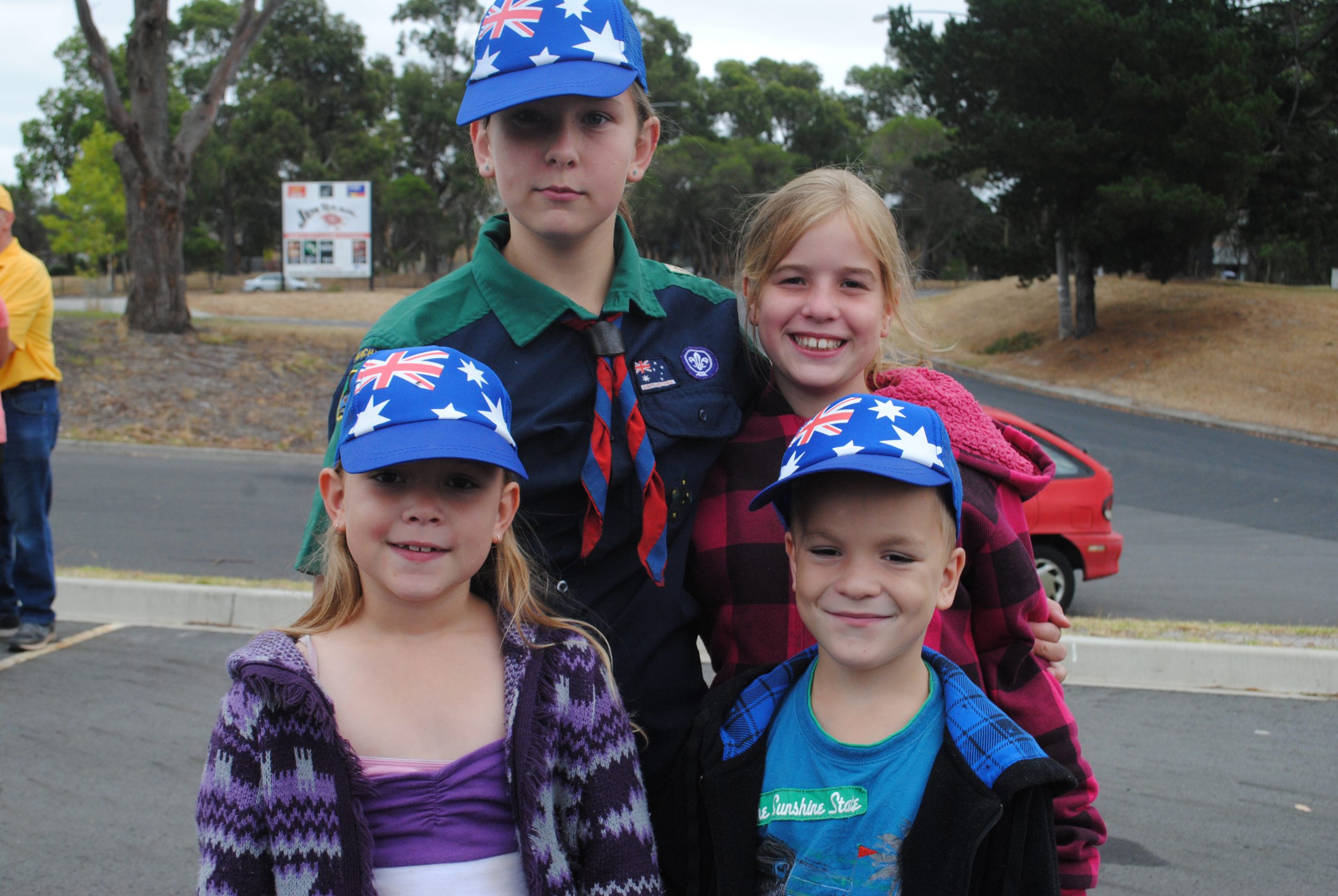 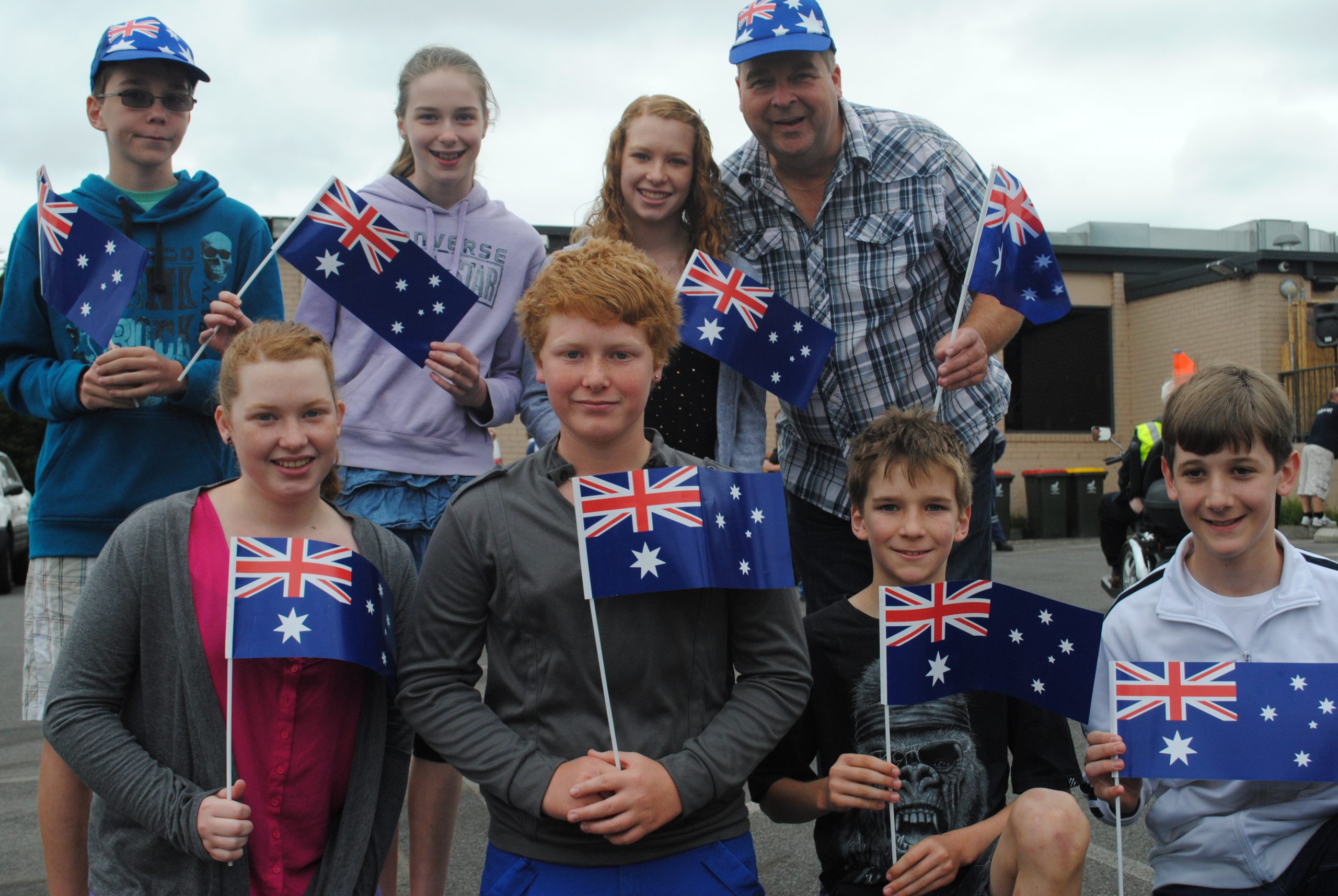 DECKED out in their best Australian-themed outfits and paraphernalia, Latrobe Valley residents turned out in droves on Saturday morning to their respective towns’ celebrations.

Given the milder weather conditions following a welcome cool change into the weekend, many were also wearing jumpers as they breakfasted on bacon, eggs and sausages put on by local volunteers.

Residents took the free breakfasts and celebrations as an opportunity to catch up with friends and showcase their special Australia Day outfits.

Wearing a green and gold hat featuring an Aussie flag, a magpie feather and gumleaves, Boolarra resident Roz Carstairs honoured her late mother’s memory with a Vegemite tea towel hanging from the back of her chair.

“I try to do something a bit different every year,” Ms Carstairs said.

Communities in Boolarra, Callignee, Churchill, Moe, Morwell, Toongabbie, Traralgon, Yallourn North and Yinnar also celebrated the achievements of their respective citizens of the year and other residents, sang the Australian anthem and participated in flag raising ceremonies.

Other events held across the Valley included the annual IPR-GDF SUEZ Australia Day Heart Walk in Victory Park, Traralgon which saw about 1200 people participate in this year.

Running concurrently in town was the first Traralgon Farmers Market for the year, where residents browsed and enjoyed fresh and local produce.

In Morwell, the Rotary Club hosted a breakfast at the Morwell Returned and Services League with music by the Latrobe City Brass Band.

There was free entry between noon and 2pm at Latrobe City outdoor pools, but Moe’s was closed for the day due to a break-in the night before.

Moe police Constable Steven Wills said someone had forced open a roller door and stolen some lollies, but the incident was under investigation.