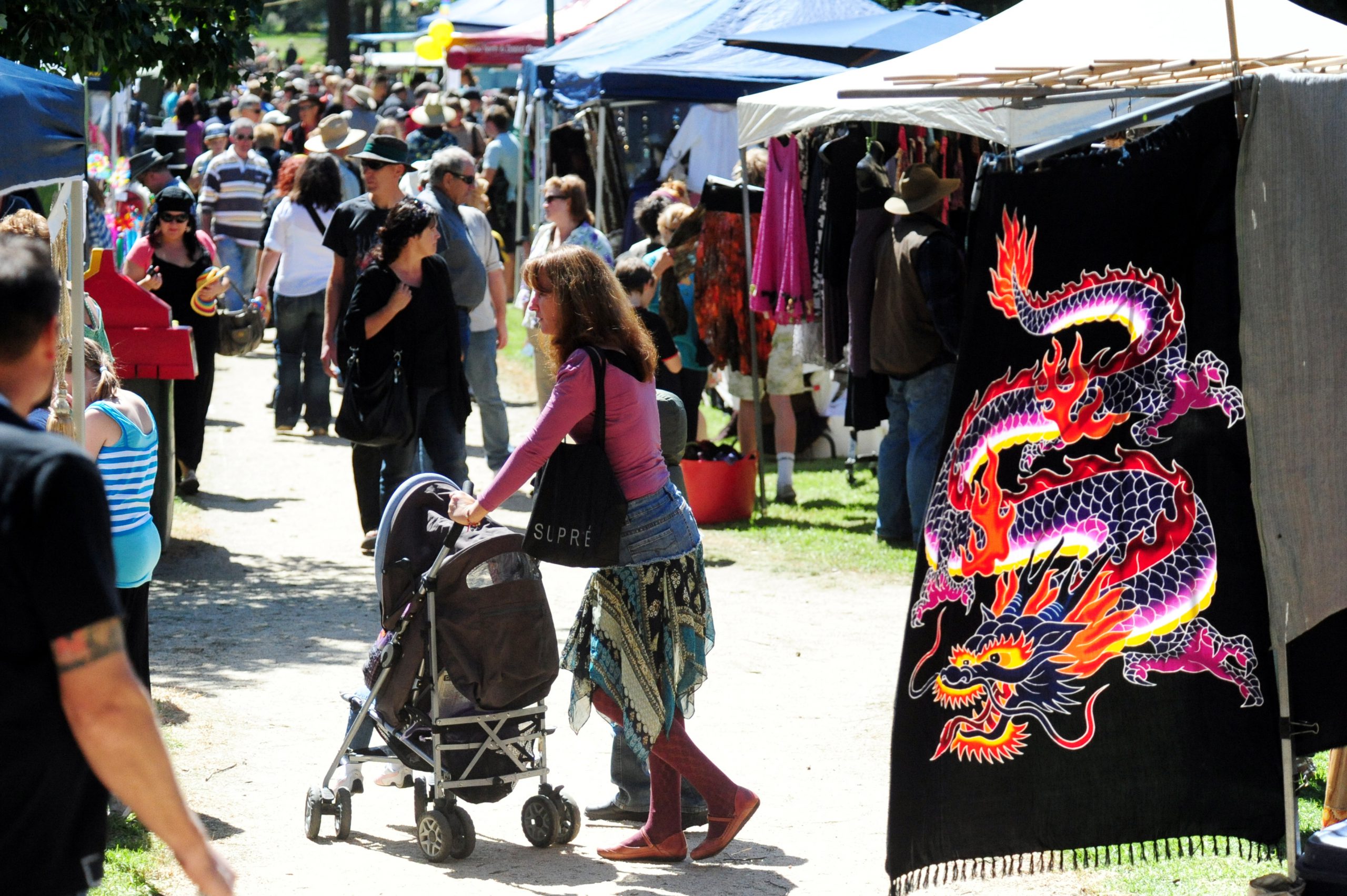 AFTER heavy rain kept most of the crowd away from last year’s Boolarra Folk Festival, organisers hope for the sun to shine during Saturday’s event.

The free music festival runs from 11am, with about 15 bands playing on the main stage at Centenary Park throughout the event, while across the road at Railway Park 70 stalls will make up the market.

The event kicks off with a pre-festival launch at ARCYinnar on Friday from 7.30pm, after ARC’s women’s exhibition opening, featuring performances from local bands.

Organising committee president Ray Stewart said there was a “fair bit of excitement” in the lead up to this weekend’s festival with some changes made this year.

“We’re going to have the after dark session at the Boolarra Pub this year instead of the (Boolarra) Recreation Reserve, with an open mic there from 7.30pm, when the festival winds up,” Mr Stewart said.

“The kid’s tent is back this year after a few years off, so there will be all kinds of activities for the kids.

“What’s good about this event is that it is a music event, but there are other things for people to do so they can stretch their legs and walk around instead of sitting down all day.”

He said other facilities included the healing tent with massage and other therapies available as well as free camping at the recreation reserve.

Bands will also play at the Boolarra Bowling Club from 2pm to 5pm after the success of last year’s trial.

He said he thought the popularity of one of the biggest annual events in Gippsland was because of its setting.

“It’s a lovely area, with the trees and the park. It’s also popular for all age groups,” Mr Stewart said.

“A lot of families attend because it’s safe an well-organised.”

He said among the challenges of putting on the festival were “rounding up the 50 or so volunteers” needed to facilitate the event on the day as well as keeping the event free, adding they would introduce a $2 parking fee this year.