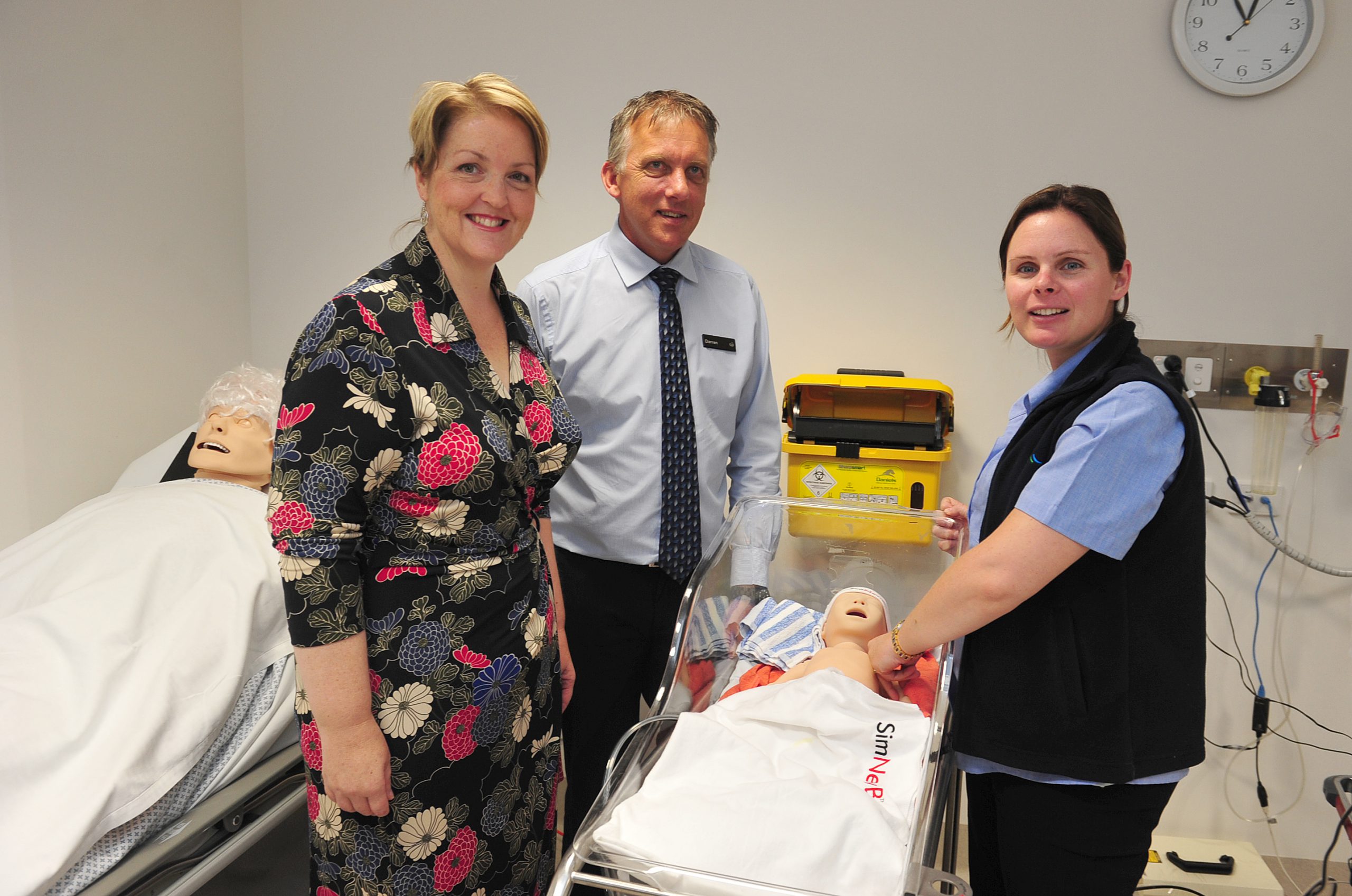 SHOPPERS at Gippsland’s Woolworths stores have been credited with assisting in the bulk of a major fundraising appeal to help Latrobe Regional Hospital’s smallest patients.

Yesterday, Woolworths Gippsland area manager Darren Wise handed over a cheque for $41,356 to the hospital in what he said was the largest donation they had given to the hospital to date.

The money has been earmarked for the purchase of a new foetal monitor, along with other smaller pieces of equipment the hospital might require.

“Our customer base is local, and they wanted to see the money come back somewhere they were likely to visit,” Mr Wise said, adding the funds had been collected from 15 stores over the past 12 months through two Good Friday Appeal raffles and other fundraising activities.

Mr Wise along with the store managers, who came from all over Gippsland, had the opportunity to tour the hospital’s Simulated Learning Environment.

LRH chair Kellie O’Callaghan welcomed the donation for the purchase of the foetal monitor, which will be used in the hospital’s maternity ward, Thomson unit.

“Donations from the community are very important to us,” Ms O’Callaghan said.

“The base level of funding comes from the state and federal governments, which is quite restricted; any additional equipment or technology (the hospital) needs is funded through donations.”

According to LRH, the monitors, which have the capacity to monitor the baby’s heart as well as the mother’s blood pressure and oxygen levels, will be used during higher-risk deliveries.

“For example, when the baby is overweight or underweight, overdue by more than 10 days or there is some other reason where safe delivery is compromised, this equipment is incredibly valuable,” Ms Cartledge said.