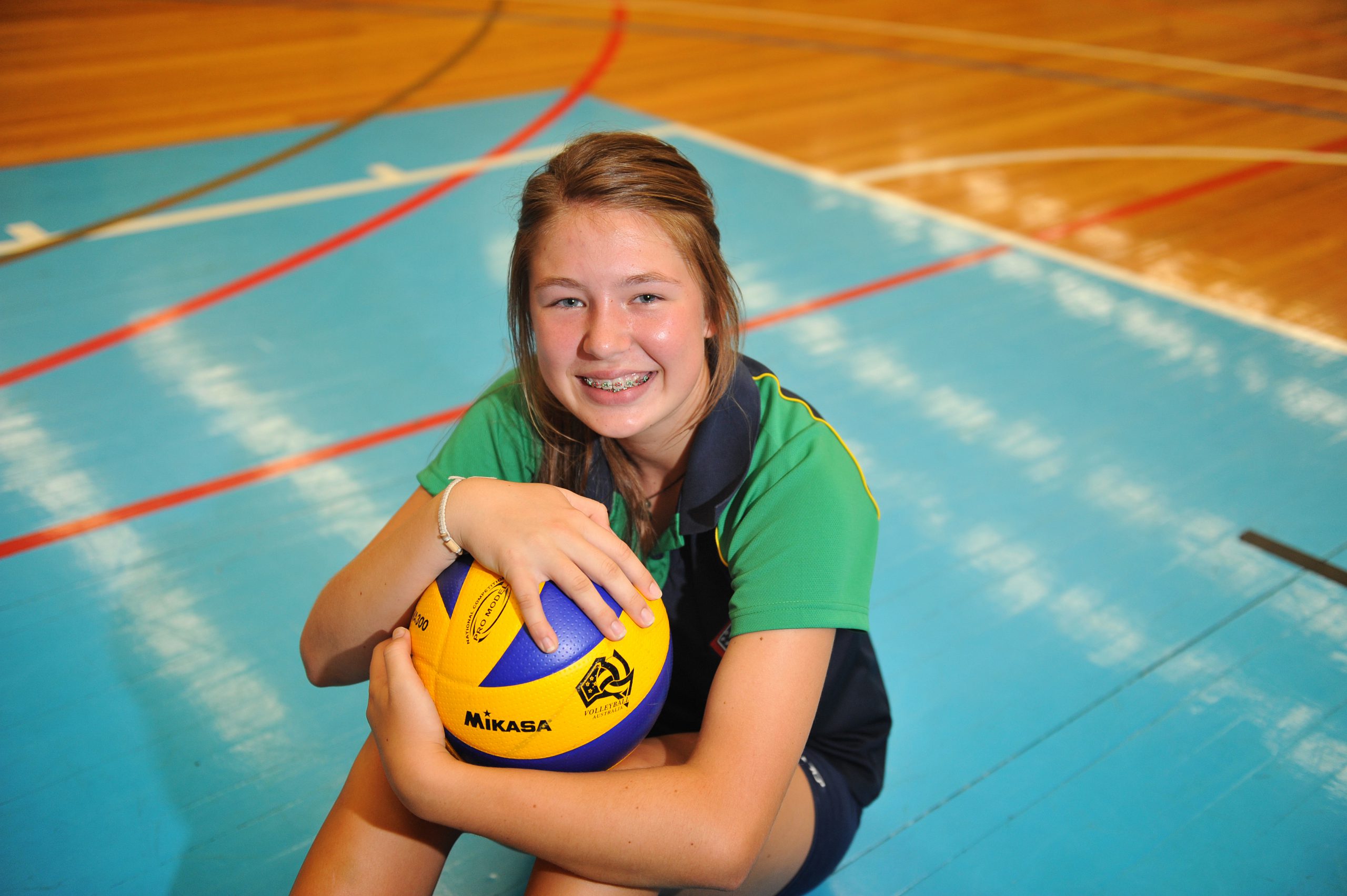 The 14 year-old broke into her first school sport Victorian volleyball team last month after following her brother Peter into the sport just two years ago.

Already on the radar of national selectors, having been invited to two high performance camps in Churchill, Monica is keen to serve it up to the nation’s finest at the state championships in Queensland this May.

The Lavalla Catholic College student will play for the Victorian 15 and under side and was still on a high after receiving news of her inclusion.

“I was excited, suprised and happy (to be picked),” Monica said.

“(I’m looking forward to) the high quality of players, to be playing with a very good team, to go away to Queensland, have fun and meet new girls.”

The Gippsland Sports Academy athlete is the lone Latrobe Valley representative in the squad, and said the GSA had been influential in her growth as a player.

“I’ve learnt a lot from them, they’re really good in coaching and (creating) opportunities… for all of us girls to keep on going forward,” she said.

A keen athlete whose sporting portfolio includes netball, basketball and touch footy, Monica said gymnastics had been the biggest contributor to her volleyball skills.

The ferocious front court hitter and precision passer is hopeful of following in the footsteps of schoolmate Phoebe Trembath by making a national team in coming years.

“I’ve done (the high performance camp) for two years so hopefully next year (I’ll get picked up),” she said.

The school sport state championships run from 9 to 12 May at Caloundra Indoor Sports Stadium on the Sunshine Coast, Queensland.