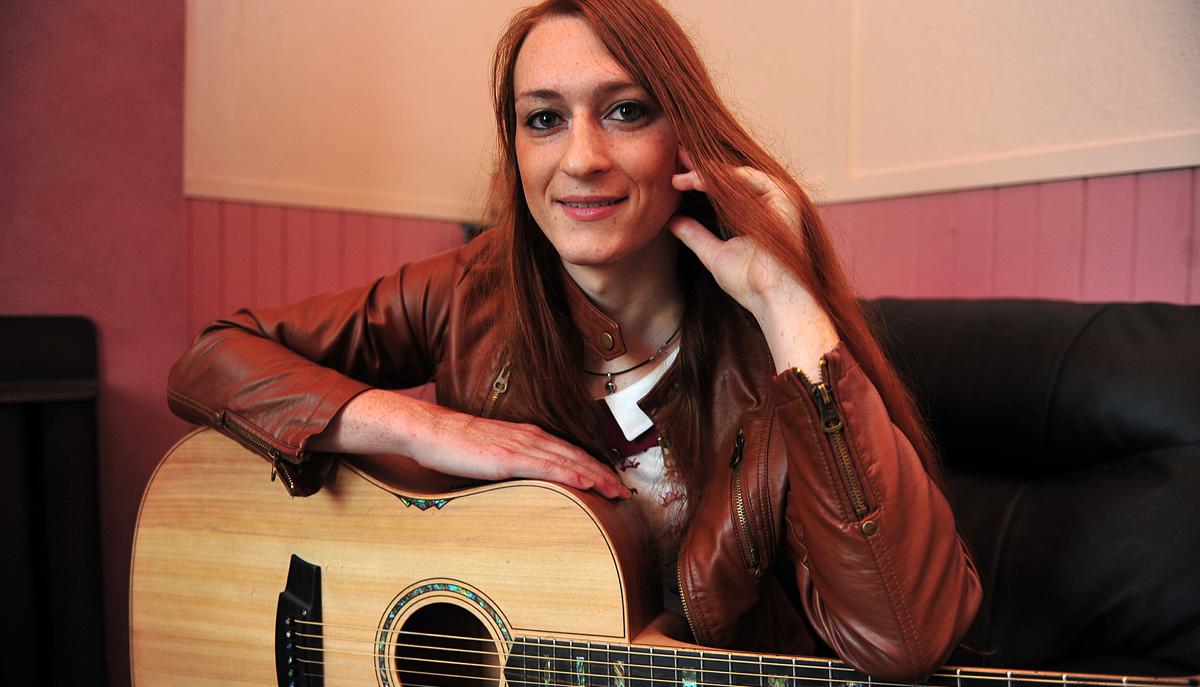 Childhood dreams were once the only place Jayne Thompson could be herself.

They were a place where she was a young girl like any other. A girl named Jayne.

For as long as she can remember, Jayne has dreamt as a girl, though she was born a boy.

“When I was in the dreams it felt right,” she said.

Growing up in a working-class Morwell family, Jayne kept her feelings hidden.

As a teenager with an interest in music, she found a way to express more of her true self without having to ‘come out’.

“I found this niche area where I could sort of go for the androgyny factor with the music and I could put eyeliner on and dress in tight jeans.

“Even before I came out, my wardrobe was 75 per cent female clothing, but I could get away with it.

“They didn’t even know me as ‘Jayne’, it was just ‘that’s what music people do’.”

But it wasn’t enough.

“There was never a whole day where I could just be myself, “Jayne said.

“The Christmas before last, my family went up to Queensland and left me the house to myself and I just got a taste for it, I guess.

“I didn’t have to hide who I was. I dressed the way I wanted to.”

By the time her family returned, Jayne was ready to tell them she identified as a woman.

The conversation resulted in her leaving home.

And there was one other person she had to tell. Her girlfriend of three years, Ellece Febey.

“I’m crying everywhere trying to spit it out for hours and at the end Ellece is like ‘is that it?’ She was just scared that I’d cheated on her or something,” Jayne said.

For Ellece, there was never any question whether she would stay with Jayne.

“When you’ve known someone for so long, gender and sex isn’t an issue. You love the person,” Ellece said.

Jayne was then ready to begin the transition to a woman. She shed her birth-name and adopted ‘Jayne’.

“Back when I had the dreams it (the name) was in the dreams. There was no other name I was leaning towards,” she said.

Jayne said the public’s reaction to her new life was largely positive.

“Ellece and I will walk down the street and we’ll be teased for being lesbians – that’s a compliment,” she laughed.

But Jayne’s journey stalled when she discovered the hormone replacement drugs she needed to take to kick off the physical transition would make her infertile.

“I guess we wanted the full experience (of parenthood),” she said.

“Even if we went through IVF (invitro fertilsation) later on it would be someone else’s… I wouldn’t feel as much a part of that.”

Jayne decided to have her sperm stored until she and Ellece are ready to have children.

But the months it would have taken for the pair to raise the $500 needed for the procedure posed a threat to the success of Jayne’s hormone replacement therapy.

“The longer you put that off, the less it’s going to work,” she said.

“Ideally, I should have started it when I was 18.”

So she turned to crowdfunding website pozible.com – a platform to help people raise money for their individual projects.

Jayne created the ‘Beautiful People Project’ in which the acoustic roots musician offered to record an EP with songs written about those who donated to her IVF fund.

The response was overwhelming. With donations from friends and complete strangers alike, Jayne reached her $500 target in just one hour and has so far raised $1200.

“The first day, I just looked at the computer and I couldn’t move,” she said.

“There’s some really decent people in this world.”

The surplus money will pay for the album’s production and go towards a surgery fund for Jayne.

But she wants the project to evolve beyond her personal transition into a foundation for other transgender people.

“As of now, I don’t really care how much my fund gets, because I’ve got what I sought.

“If I can turn the idea of the CD into something that’s going to raise money for someone who needs it, then I’ll keep making them.

“I’d love it to be seen as an example of what we’re capable of, I guess.

“There’s still this stigma that we’re some mentally ill group of people that don’t function in society.

“We’re born this way. We can’t change that.”

Jayne has arranged to store her sperm and start hormone replacement therapy immediately.

“It’s good to feel like you belong,” she said.