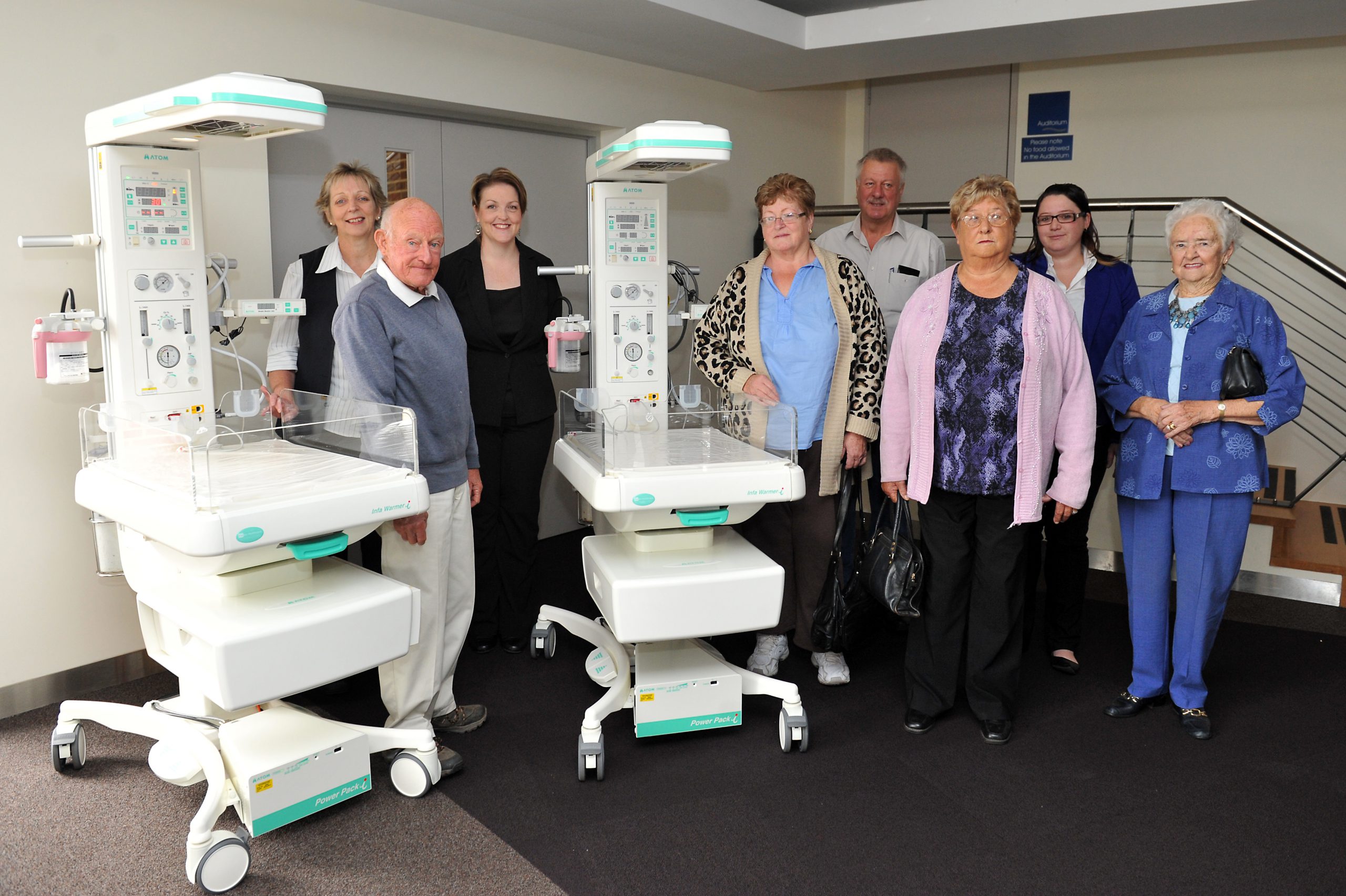 Almost 1000 babies are born at Latrobe Regional Hospital each year and of those, about a quarter will need to be placed in a resuscitation cot.

Maternity staff had been using outdated cots from the former Traralgon and Moe hospitals until yesterday when two brand new cots arrived.

They are designed to help doctors and midwives care for sick newborns and unlike the older models, they feature built-in air and oxygen, a battery pack and scales and are safer to use.

Community donations totalling $70,000 during the hospital’s annual Christmas Appeal paid for the cots.

“You enter into appeals knowing there may be a limited capacity in the community to provide funding for these things,” LRH board chair Kellie O’Callaghan said.

“Not only did we exceed the previous years’ targets, but we were able to purchase these two cots.

“We are grateful to each and every one of our donors for helping us to raise a terrific total.”

Gippsland Unions Picnic spokesman Tom Malone said the group donated $5000 to the appeal this year as part of its ongoing support.

“Any year we’ve ended up in the black, we’ve contributed,” he said.

“We’re aware the hospital needs any funding it can get, it’s an ongoing need.”

One of the three older cots will be kept for emergencies and another will be donated to a developing country.