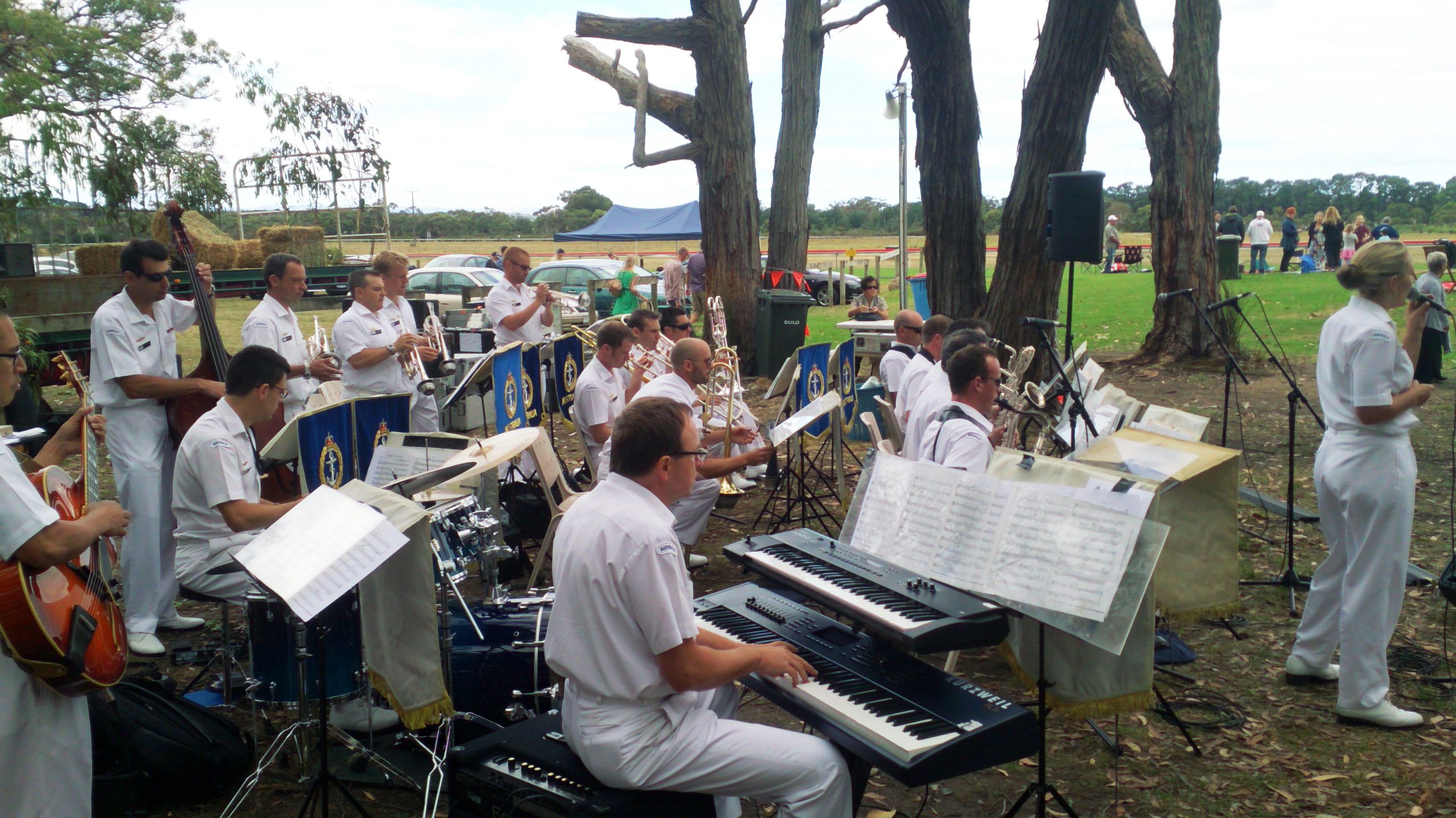 Moe residents can look forward to a rare performance by the Royal Australian Navy Band this weekend at the Moe Music Festival.

Seventeen naval musicians will travel to Moe to perform an eclectic array of tunes from traditional “big band style” to top 40.

Conductor and band manager Lieutenant Matt Klohs said they have the capability of doing traditional military music to top 40, early 1930s which originated during the war, right through to big arrangements.

Members of the band have performed worldwide, including tattoos in Edinburgh and Hong Kong.

“I know the big band guys are pretty keen to get to Moe, it’s a great opportunity for them to get a different audience,” Lt Klohs said.

The two-set performance will begin at 11.15am on Saturday.

“I think it will be a popular sort of music, they’re bringing a vocalist; it will be music that appeals to a very broad range of people,” Mr Lawn said.

The music festival will showcase “the cream of Gippsland’s musicians”.

Saturday’s jam-packed program will include the Navy Band, local school bands, municipal bands from Sale, Warragul and Traralgon, the grand final of the Moe Schools Superstar Quest and country music followed by the headlining performance by The Drifters.

A dance will also be held at the Moe Returned Services League Club on Saturday from 8pm, where renowned Gippsland band, Blues Will Travel will perform.

Sunday’s program will begin at 9.30am and will incorporate a mixture of jazz, blues and folk and will finish about 6pm.