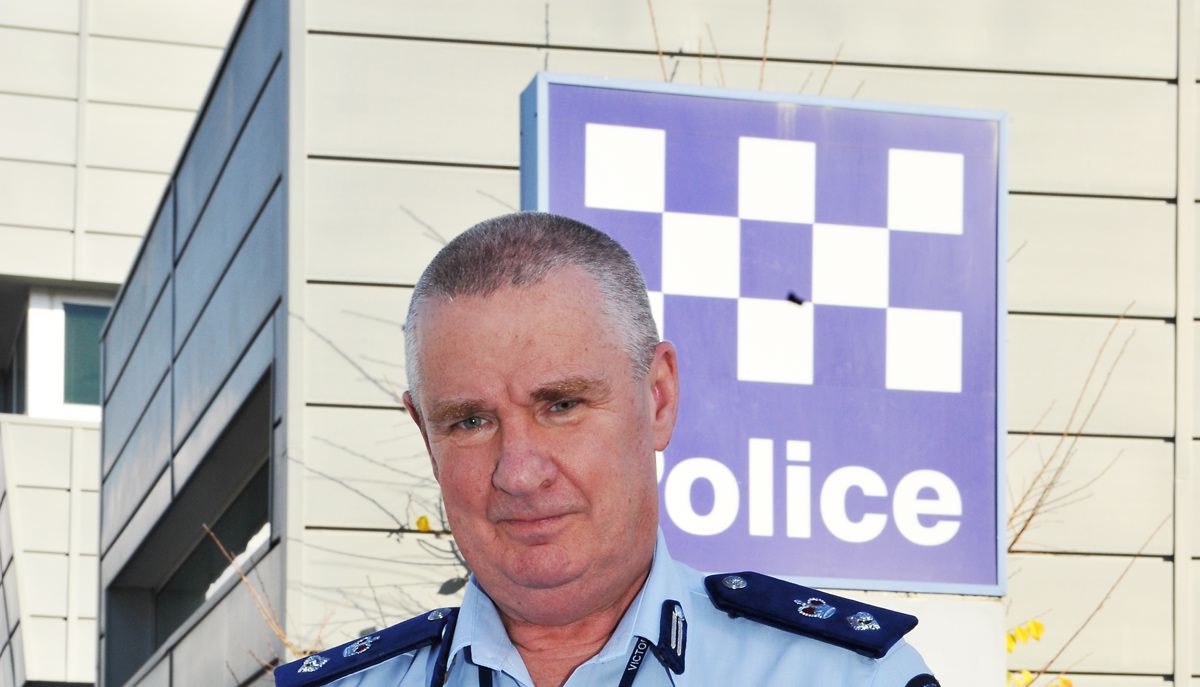 After 38 years in the force, Latrobe’s new police superintendent still carries with him an immense love of the job.

Superintendent Malcolm ‘Jock’ Menzel said he enjoyed getting to work and not knowing what the day would bring.

“I like to be busy and have variety and I think Latrobe is very diverse,” Supt Menzel said.

“I’ve been made to feel very welcome and have met some quality people in the short time I’ve been here.”

As leader of division five, Supt Menzel will oversee the Latrobe, Baw Baw, Bass Coast and South Gippsland areas following the transfer of Supt Tess Walsh to the Crime Department in Melbourne after almost three years at the helm.

“Tess has done a great job and I hope to continue that good work,” Supt Menzel said.

“To build a team within the division. To engage with the community and provide a quality policing service.”

A week in to his new position, Supt Menzel is still gauging the major issues affecting the Latrobe Valley, but said he hoped to make in-roads in areas like family violence.

“We encourage reporting, but it’s also important they feel that report will be followed up,” he said.

Supt Menzel spent the past three years as a State Emergency Response Officer in Melbourne and hopes the experience will place him in a good position to deal with floods and fire across Gippsland.

For Supt Menzel, being a police officer requires good negotiating skills and a sense of humour.

“You should never be surprised by anything, because anything can happen,” he said.

“You’ve got to be a self-starter and work in any conditions and get on with it.”