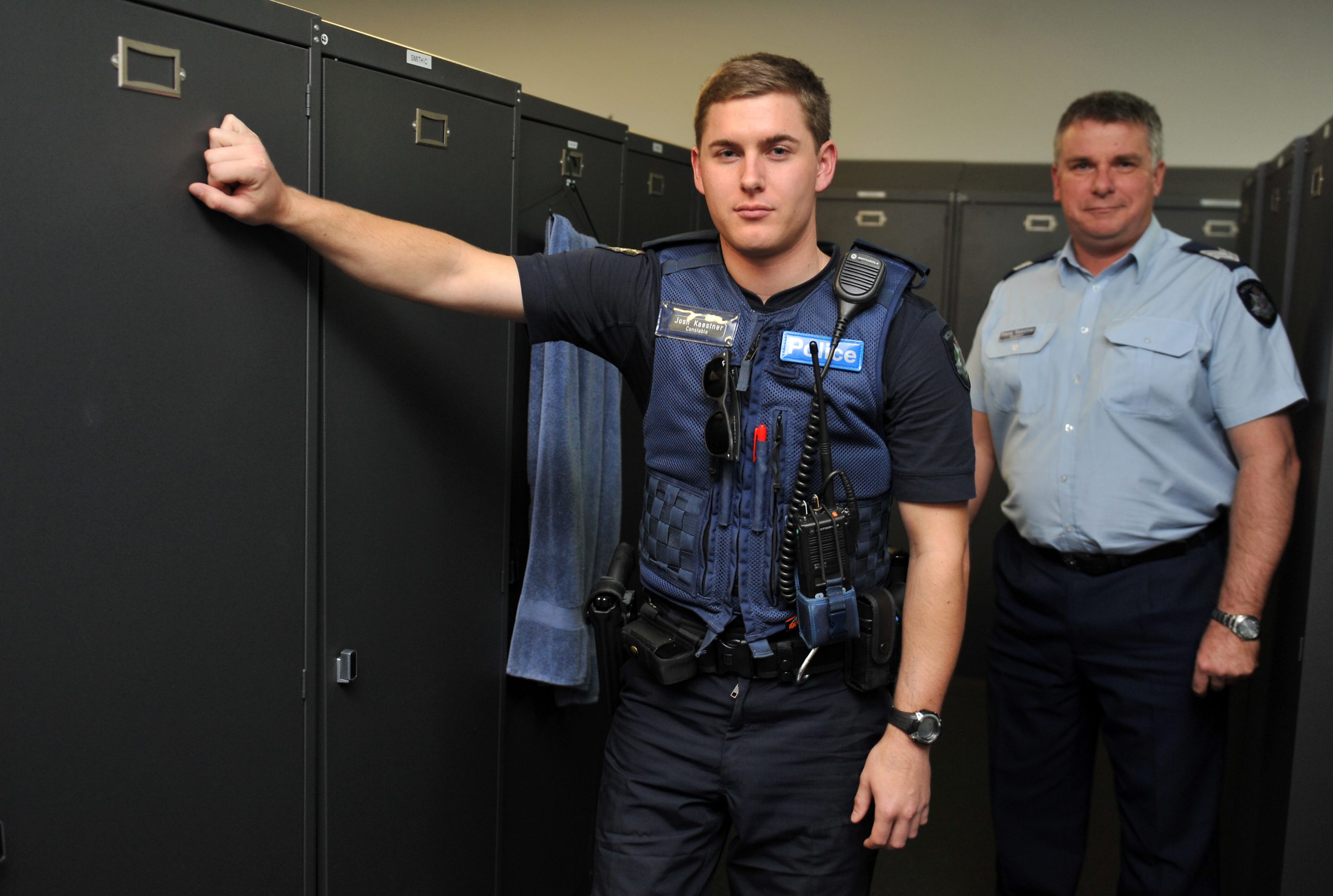 As the son of a sergeant, Josh Kaestner has always been part of the Victoria Police family.

But a little over a year ago, the 21 year-old decided to take his association with the force a step further and become a fully-fledged member.

Constable Kaestner graduated from the academy on 28 June and has returned to the Latrobe Valley to follow in his father, Sergeant Steve Kaestner’s footsteps.

While Const Kaestner thought about becoming an officer from a young age, it was a stint taking Triple Zero calls at the former D24 communications branch at Moe, which instilled the need to serve his community.

“In answering calls from people who needed help it started pushing me towards actually getting out on the scene and doing stuff myself,” Const Kaestner said.

“I started the application process, just over a year ago and I haven’t looked back, really.”

Starting at Traralgon a little “unsteady on his feet” last week Const Kaestner has begun to settle into his new role.

“Going to my first car crash down in Traralgon and, that was one thing that stuck in my head,” he said.

“Just arriving on scene, seeing SES, ambos, all the people coming together to help out just makes you feel good that you’re helping people and you know that it’s for a good reason.”

Const Kaestner aims to stay true to himself and what he has been taught and hopes growing up in a police family has helped prepare him for the realities of the job.

“Dad told me his old war stories a couple of times, so it’s given me a sense of what’s out there and knowing that he leaves early in the morning and comes back late at night and is good to the family and looks after us.”

Sgt Kaestner, who is based at Morwell, said he believed his son had the communication skills that were critical to the role.

“It’s good for Latrobe to have someone who’s grown up here.”

Latrobe Inspector Mick West said it was “great” to see Josh follow in his father’s footsteps and encouraged more locals to consider a career in policing.

“We want locals involved in making their community safer and a better place to live,” he said.

“If we’ve got people who’ve got ties or connections to the community, we tend to get them for a long time.”

Const Kaestner is the first Latrobe officer to sport Victoria Police’s new, darker uniform, which will be rolled out in the coming months.