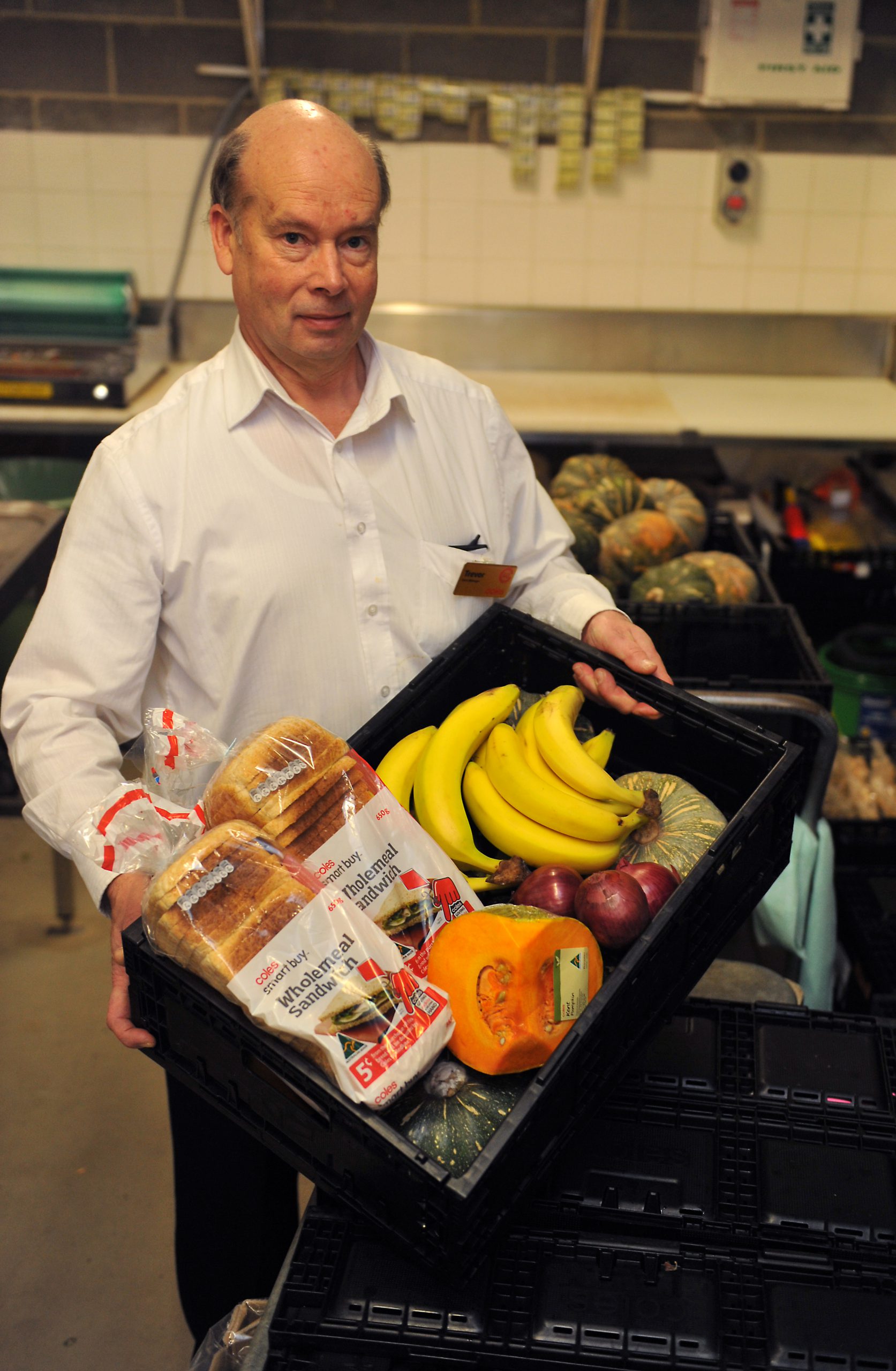 When there’s so many starving people in the world, the amount of food wastage occurring daily can seem unfathomable.

In a step to combat this problem, various supermarkets in the Latrobe Valley have been donating surplus food to local charities.

As part of a food program called Secondbite, Coles Mid Valley has been passing on excess fruit, vegetables and bread to Theodora’s Cheerful Givers, a Morwell charity providing food to those in need.

Every day, Cheryl Clark of TCG visits the supermarket and collects tubs filled with goods, replaceing them with empty ones.

Coles Mid Valley manager Trevor Summerton said they donated items, such as fruit and vegetables, not good enough to sell in the store but good enough to take home and use because “they’re still of good quality”.

“Take it home, peel it and wash it and it’s fine,” Mr Summerton said.

Ms Clark said without the help of the supermarkets, TCG would struggle to meet community needs.

“If we didn’t have Secondbite we’d be in more trouble because we wouldn’t have enough fruit and vegies.

“We get a grant from the council to buy food but it doesn’t last very long, often I have to cook sausages at Bunnings to make the rent.”

Mr Summerton suggested Secondbite and like-minded organisations should also target other food stores with green grocers and bakeries as a good starting point.

“When you look at places like that, a lot of stock goes into the bins,” Mr Summerton said.

“It’s reduced the amount of stock that goes into our bins dramatically over time.

“Now it’s probably only about half-full, it does make a big difference.”

Opening three days per week, TCG are kept busy providing food to 286 people each week through about 70 parcels.

“We don’t counsel them up here, we just accept that they’re in need and give them food,” Ms Clark said.

“The majority of people seem to be on disability support pensions… you can tell when their bills come in because you get a lot more.”

Running through the old SEC office next to Powerworks, TCG not only have a food distribution centre but also maintain a garden to grow their own produce and an opportunity shop.

To further ensure there is no waste, TCG passes leftover food to animals.

“We give it to people for their animals, it doesn’t get wasted, any of it,” Ms Clark said.