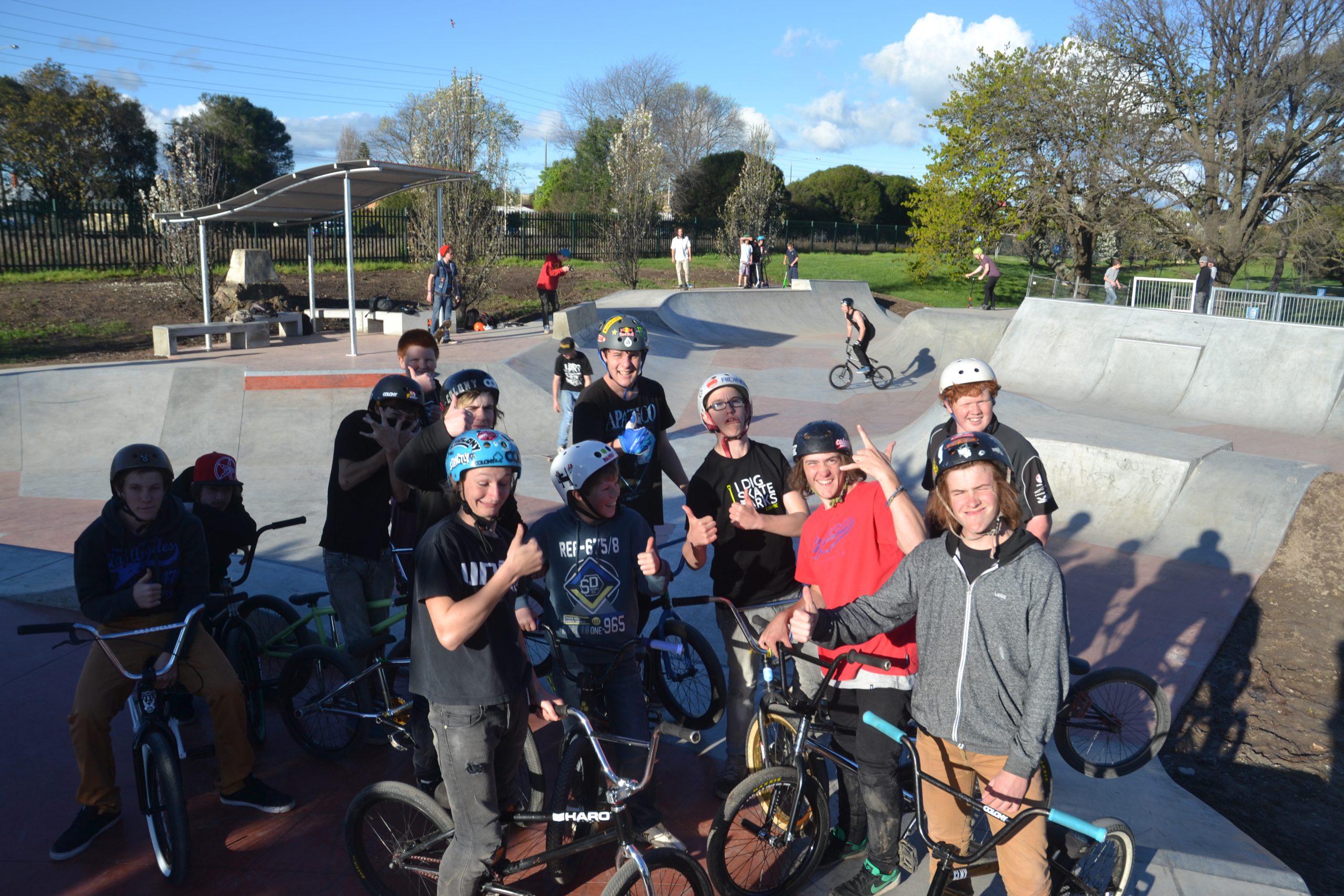 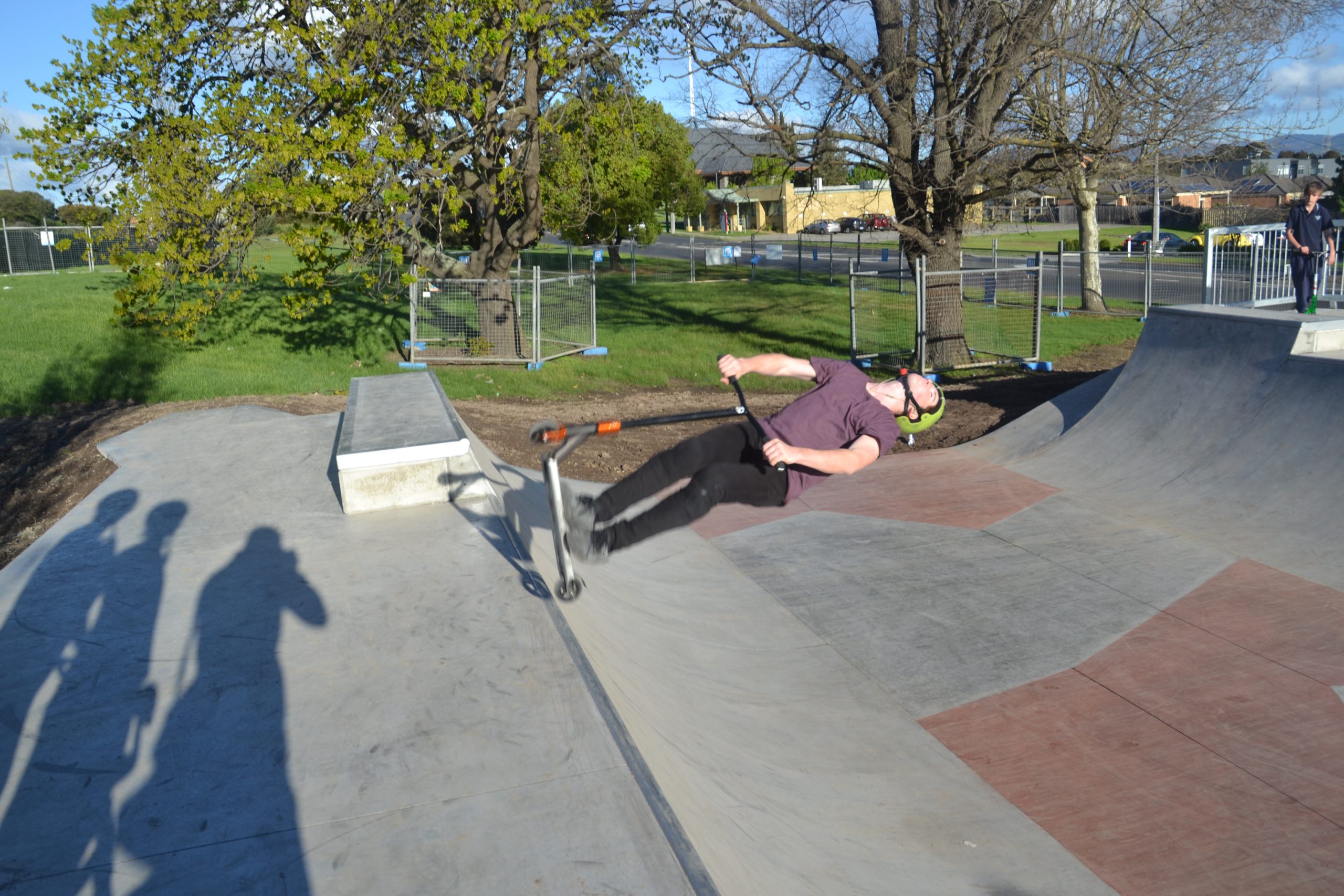 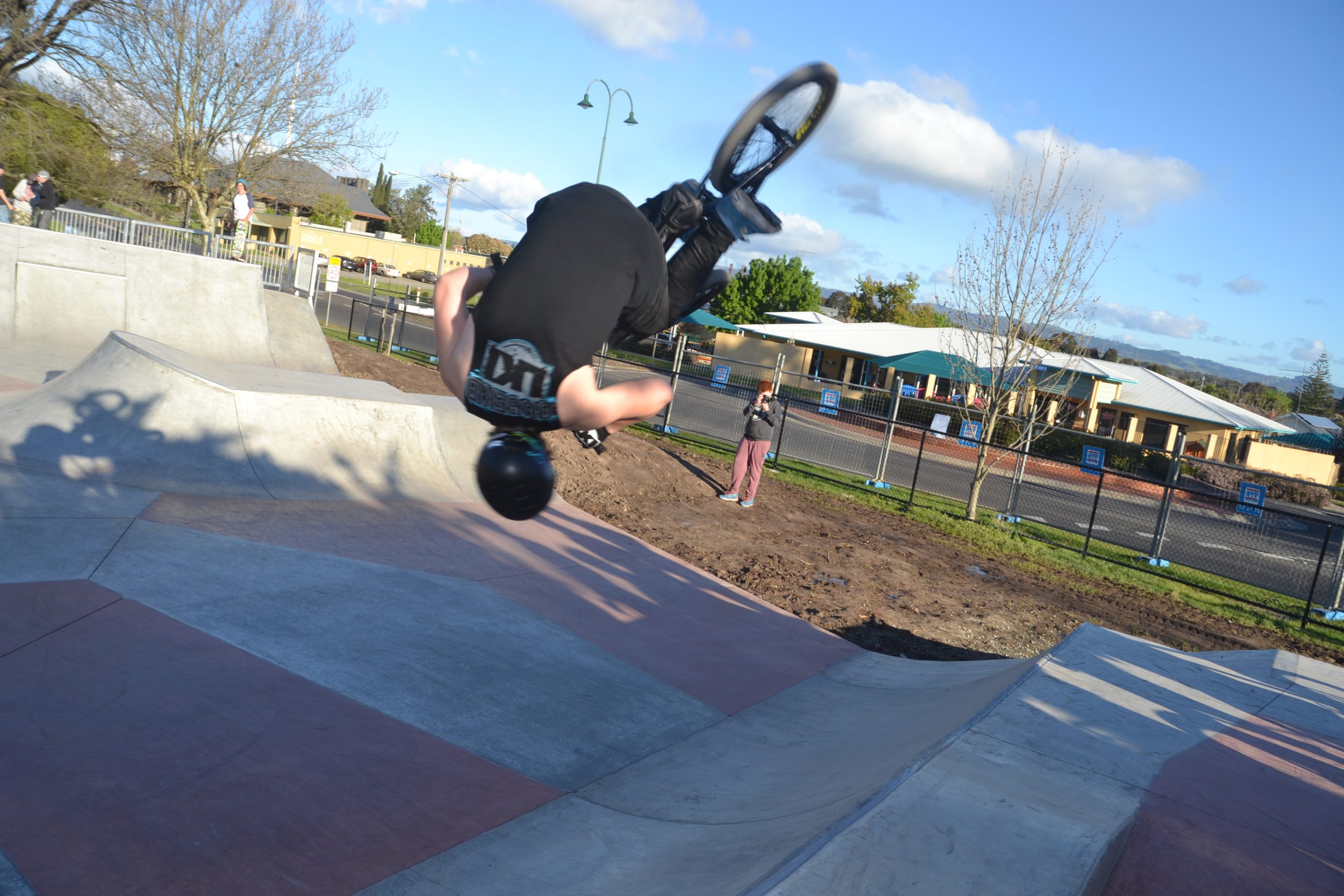 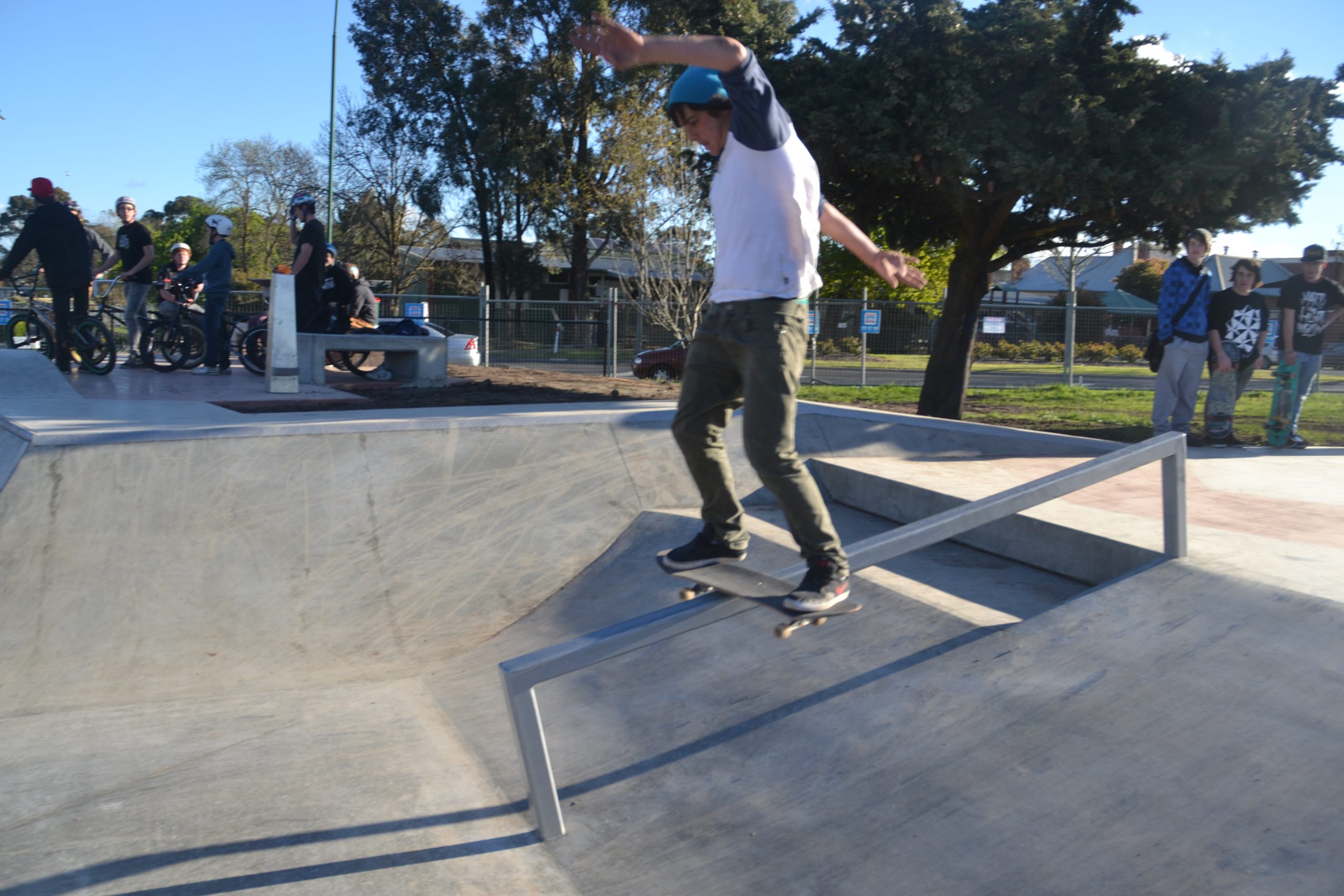 Within hours of the park’s official midday opening on Thursday, the park was swarming with teenagers on skateboards, scooters and BMXs, releasing a year’s worth of anticipation for the project.

Traralgon skateboarder, James Layblake, 14, travelled to Morwell as soon as school was out on Thursday, and said Valley teenagers had been “busting” to try out the new concrete park.

“Look at all these people coming down here for this, it’s a mad park – Morwell really needed this because the other park is pretty sketchy,” James said.

After years in the proposal pipeline, and much conjecture over the park’s CBD location and $350,000 price tag, teenagers on the day gave the park’s layout and features their overwhelming approval.

Sponsored Churchill BMX rider Chris Nicol, 19, said it would be a good layout to prepare himself for an upcoming ‘Texas Toast BMX’ contest in America.

“The half pipe is good for us bikers, and apart from a few tweaks which could be made here and there, the rest of it is perfect.”

Morwell bike shop owner Shane Dunn said while it was great to finally have the park open, the park’s “flawed” consultation process would create ongoing issues.

While Latrobe City Council endeavoured to address the park’s proximity to the busy Commercial Road roundabout at White Street with a 1.2 metre dividing fenceline, Mr Dunn said the park was “far from foolproof”.

“The location really is too close to that main road – the fence they’ve put up isn’t the biggest, and I’ve already seen a skateboard shoot out onto the road,” Mr Dunn said.

“But while it’s in a problematic area, it’s there now and we’ve got it – it’s close to the train and bus station which is convenient for the kids, and overall, this is fantastic for the town to finally be here.”

Latrobe City’s senior recreation and open space planner Karen Tsebelis said it was wonderful to see the park open for riders “at last”.

“We know that the young people of Latrobe City have been waiting patiently for this day and we are excited to see them using it already,” Ms Tsebelis said.

Amid the excitement Thursday afternoon, one skater was already busy developing expansion plans for the park.

“Have you got connections with council mate?” he called out when he learned The Express was onsite.

“Can you get them to pave this spot over here – we could totally do some flat-ground skating here,” he said, pointing to some ground adjacent to the park.