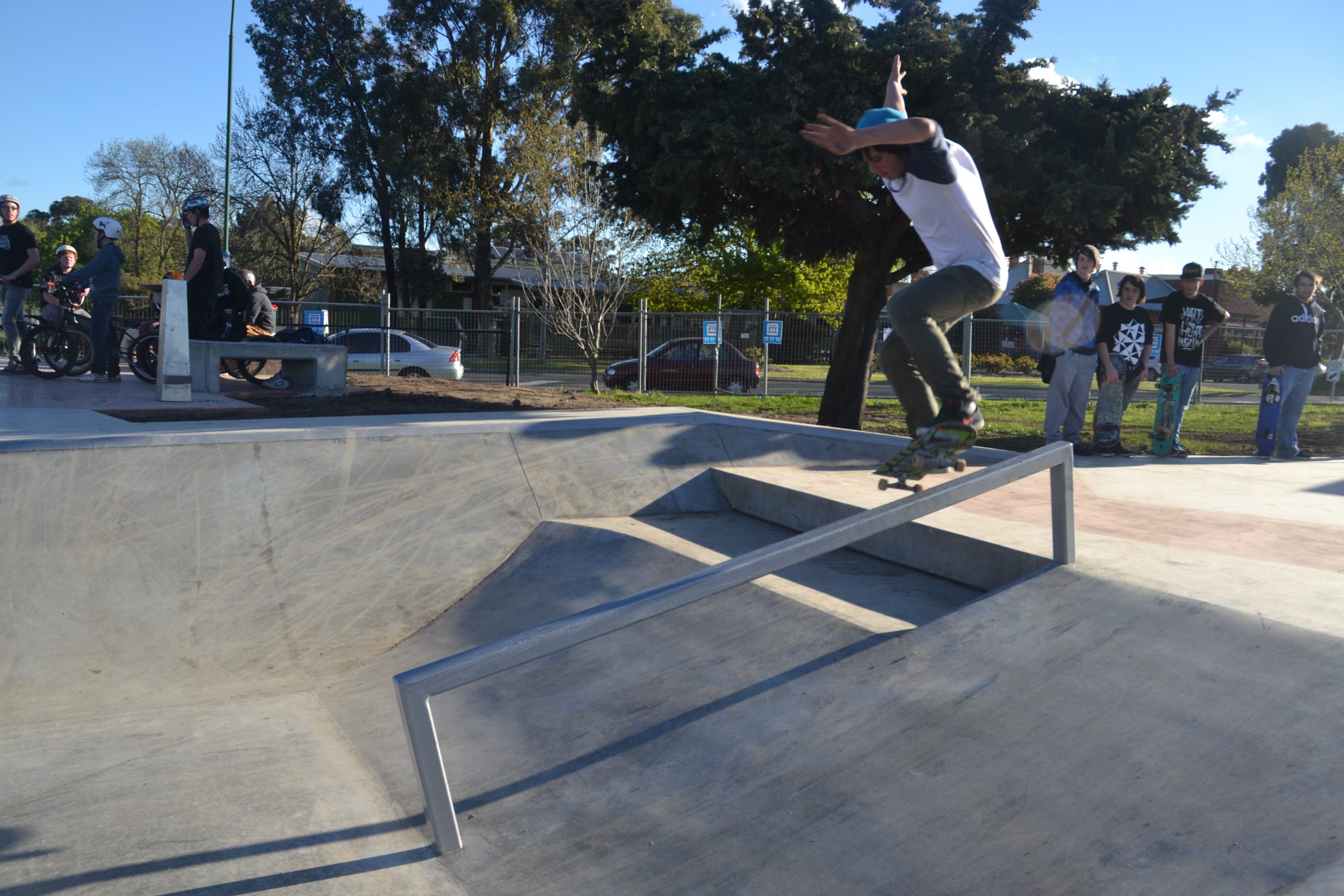 The mass congregation of young people at Morwell’s new skate park following its long-awaited opening last week proved a perfect example of just how vital even relatively minor-league projects can be to the morale of battered commercial districts.

That’s not to say the cost and processes involved in Latrobe City Council bringing the project to life in Morwell’s central business district weren’t significant – but the park is hardly a match for the couple of multi-million dollar projects currently listed as priorities for Moe and Traralgon – both of which are worthy proposals with significant potential to enhance the liveability of each town.

This is not a parochial statement in any way, just a reflection on how eagerly many Morwell residents welcomed a sign of increased activity in their CBD last week and what a positive vibe the sight of kids having fun in a high-profile location can generate.

While I consider myself a resident of the Latrobe Valley, I live in Morwell.

I know I speak on behalf of myself and others when I say the enthusiasm with which the skate park was embraced last week gave people a palpable sense of optimism.

Morwell’s business owners, by and large, have suffered considerably from years of successive challenges.

It has long been recognised that the decision decades ago to build Mid Valley away from the CBD was the catalyst for a major downturn in a once thriving shopping precinct.

Subsequent years of upheaval and mass job losses, which have arguably impacted more severely on Morwell than some of its neighbouring towns, have added to the trials facing its traders.

Many Morwell businesses have had to adopt a resilience against economic forces conspiring to threaten their survival and many others have failed in their attempts.

The recent departure of another big name store forced them to dig deep again.

Morwell hasn’t been hard done by on every front – the decision by Latrobe City Council to relocate its headquarters to the town may have been controversial at the time, but it’s frightening to think of what the CBD landscape would look like without it now.

The regional art gallery is a source of pride and various key government services in the CBD help sustain a range of businesses.

Civic works around the area have led to its beautification and the rose garden’s value cannot be underestimated.

But the fact remains there has been precious little for the CBD to celebrate in recent times – something the ReActivate: Latrobe Valley initiative has sought to creatively counteract.

The Moe Activity Centre Plan is a critical priority for the Valley, as is the proposed new aquatic centre for Traralgon.

When we think of the Valley as a whole – as we should – the entire region stands to benefit from such important infrastructure projects.

Both also have proactive community groups supporting them.

But given it currently contends with a higher unemployment rate than its neighbours on either side, and a more depleted CBD, it sure would be nice to see something significant in the works for Morwell as well.

For now, however, the skate park is a great start.