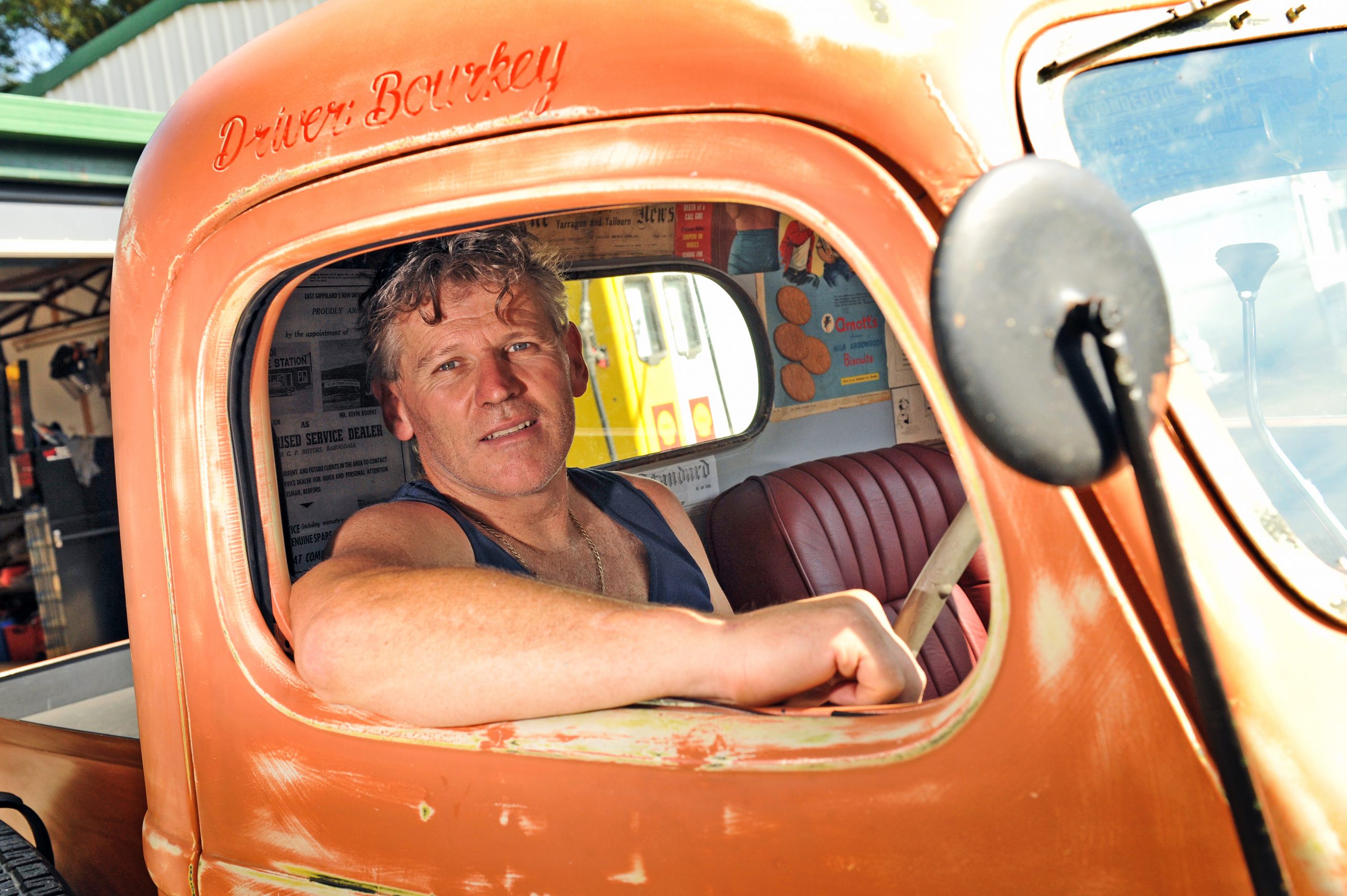 For an avid Traralgon hot rod builder, turning old cars into rebuilt gems is a passion that he is sharing with other car lovers at the weekend.

Greg Bourke grew up hanging around his father’s service station in Omeo and has since had a love for old cars.

“I’ve always had a passion for it, my father used to have a servo and we used to have cars as kids; money is an issue with cars though, so you’ve got to wait until you’re a bit older so you’re in a better financial position,” Mr Bourke said.

This weekend, Mr Bourke will exhibit his 1942 American International as part of Eastern Valley Street Rodders’ display at the Victorian Hot Rod Show.

He said being an American model, it usually sparked interest among car enthusiasts.

“I’m putting it on display so people can look at something different, it should be the only one of that style there really; the last time it was there it created a lot of interest, but now it’s finished,” Mr Bourke said.

While his car will be exhibited, Mr Bourke said he was not looking to compete as his hot rod was “left of field” and most cars competing had in excess of $200,000 spent on them.

“This is a rat rod style, there’s too much work in building a blingy kind of car so I thought I would just build something different,” he said.

“There’s not many of these sorts of things around, it’s the only one around here, it’s actually built for drag racing.

“This year the club wanted to put in a display, they’ve got an old paint booth so the display will be an old car coming in and the same model coming out painted, that’s our theme this year, we’ve also got an old out house made out of fence palings.”

Mr Bury said the old-style theme of the cab, which included antique newspaper fronts lining the cab, sign writing and relics in the tray, were a dedication to a different period of time.

“The sign writing is a dedication to my old man and the guy I bought the cab off because the have both passed away and that history, once it’s gone it’s gone, it doesn’t come back, so it’s a bit of a dedication to those old buggers,” Mr Bourke.

Mr Bourke’s hot rod, along many others, will be on display at the Victorian Hot Rod Show at Melbourne Royal Exhibition Building, Carlton from Friday, 24 January to Monday, 27 January.