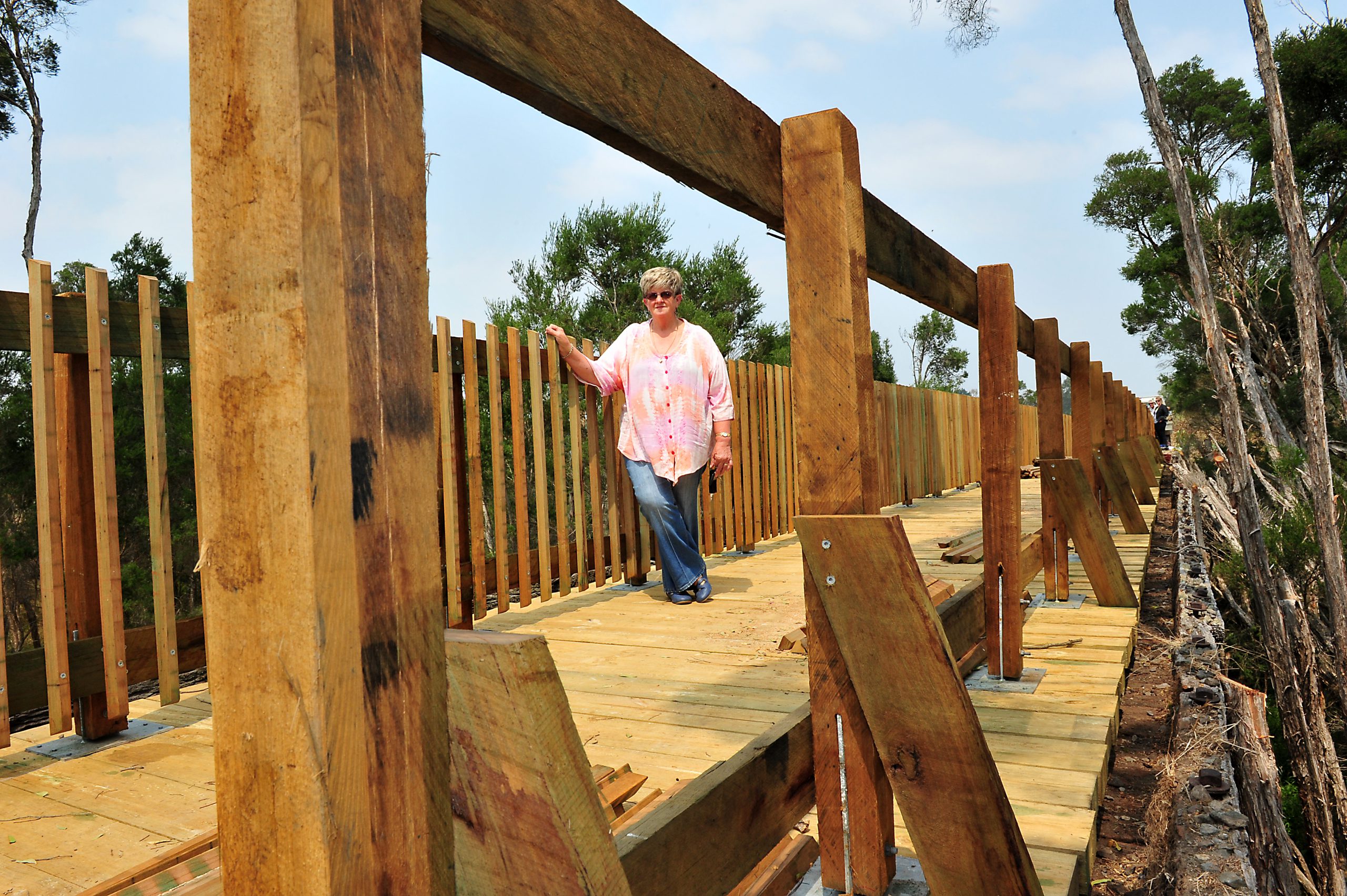 A Gippsland tourism icon is now in its final stages of completion after about 30 years of volunteers rallying for funding.

Gippsland Plains Rail Trail’s final leg between Glengarry and Traralgon is nearing completion with a series of bridges being constructed over aged rail bridges.

The GPRT committee was able to bring the last stage to fruition after a funding announcement of $600,000 was made last year, which would go towards overcoming structural damage to existing rail bridges caused by termites and age.

GPRT committee president Helen Hoppner expected the bridges will be finished by May.

“We hope we can get it all done before there’s any significant rain because once the level of the Latrobe (River) is up, it’s going to be very difficult for (builders) to get underneath and do the crossbeams,” Ms Hoppner said.

She said so far, the biggest obstacle had been to reconstruct the 180-metre long bridge which passed over the Latrobe River, but all parties were happy with the progress.

“The Latrobe bridge had a whole section burnt out and there’s a bit of termite damage as there are with all of them, but it’s the biggest of all of them,” Ms Hoppner said.

Although it has taken a long time for the final stage to begin, Ms Hoppner said the State Government now realised the trail’s attraction.

“They hand over millions to other rail trails around Victoria as we all know and now we’ve got something significant it’s happening more quickly. This could have happened 10 or 15 years ago, but it didn’t,” Ms Hoppner said.

“I think now the penny has dropped and they’ve realised what a great asset for the community it is.”

With well-placed public transport in Traralgon, the starting point of the trail will be readily accessible for commuters from far and wide.

“This is the most important section because it connects the regional centre with public transport and that’s the uniqueness of this trail,” Ms Hoppner said.

In addition to the trail, Ms Hoppner hoped to have sealed sections around townships which would be accessible to people of all abilities.

“I would love to see the first half kilometre of the trail leaving townships sealed so it’s easier for people in wheelchairs and mums with prams,” she said.

“That way they can actually be a part of the community which appreciates the trail as well.”