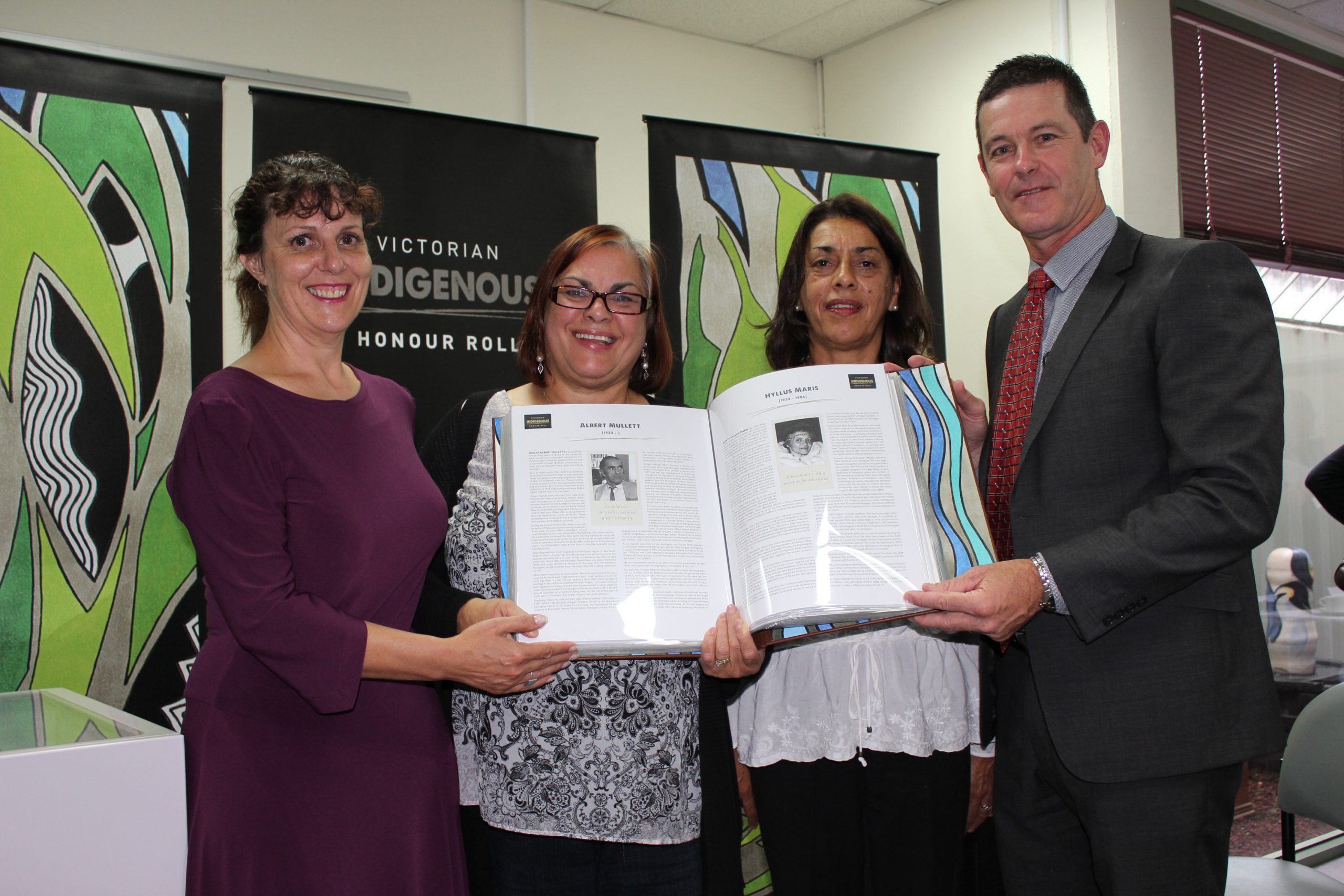 AN indigenous honour roll recognising the achievements of Aboriginal Victorians past and present, visited the Morwell Library on its road show tour last week.

Among the 49 recognised indigenous leaders in a wide range of fields such as sport, education, health, military and community service, are five inductees from the Gippsland area, including Lionel Rose MBE, Nessie Skuta OAM, Linda Twite, Albert Mullett and Beryl Booth.

Gunai elder Albert Mullet’s daughter, Christine Johnson, who described her dad as the kind of person that would invite a hitch hiker to share Christmas lunch with his family, said the roll would hold their community together.

Ms Johnson said her 82 year-old father had worked all of his life, right up until the last couple of years after suffering a heart attack.

“At an early age Dad knew the importance of being who he was and that he needed to do more for his community and people,” Ms Johnson said.

She said among his greatest achievements was fighting for native title recognition for 13 years.

On 22 October 2010, the Federal Court of Australia recognised the claim of the Gunai Kurnai people over much of Gippsland.

“I think in all aspects of the community, he was a fighter and I think that’s embedded in him from the drive of his mum.”

Mr Northe said it was great there were already five inductees from the local area on the honour roll, but there was room for more.

“Given the size of the Aboriginal population here in Gippsland, there are certainly other inspirational leaders from the area who deserve to be honoured,” he said.

“I encourage the community to nominate Aboriginal people who have made a difference to put their name forward for consideration for the 2014 honour roll.”

“It’s about not losing sight of your heritage, and what achievements people have made,” Cr Gibson said.

After leaving Morwell on Friday, the honour roll will travel to Bendigo, Dandenong and Echuca.