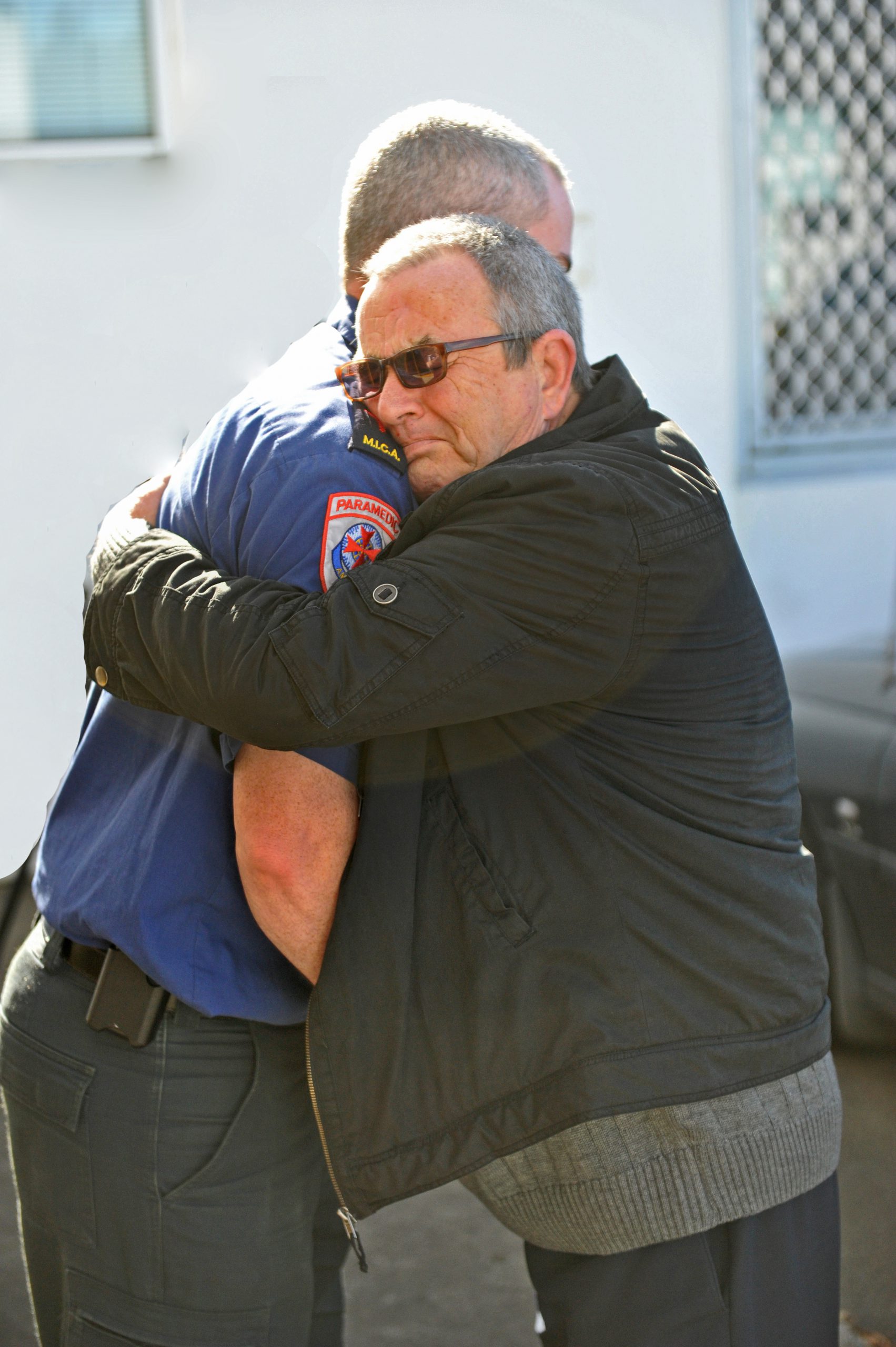 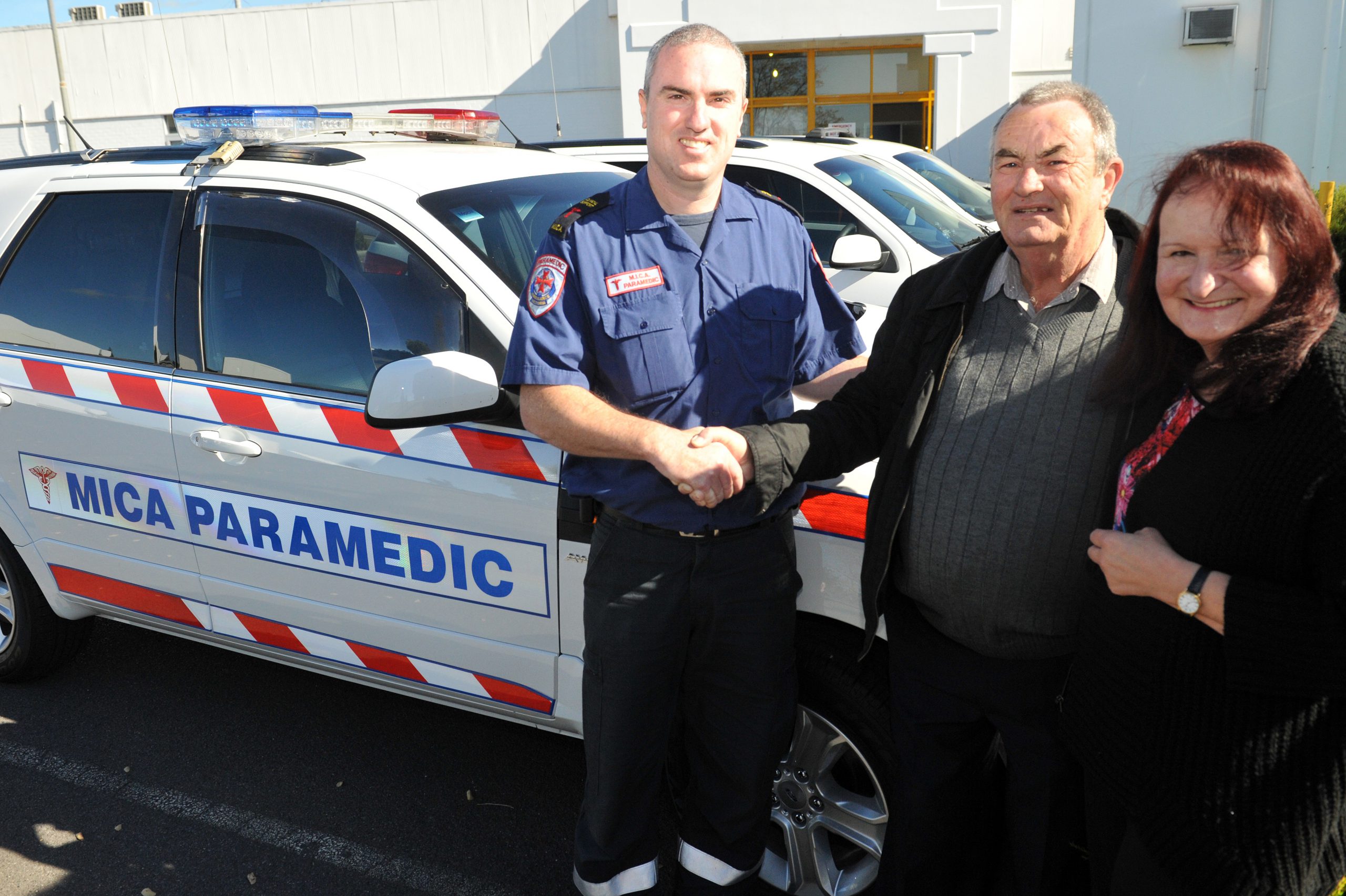 When Newborough grandfather Fred Reynolds was put into an ambulance during a heart attack on 8 April, he had no idea he was about to take part in a Victorian first.

Earlier that evening, Mr Reynolds, 63, had been cooking a roast dinner for his wife Anna for their 42nd wedding anniversary.

He experienced some chest pain and having undergone quadruple bypass surgery in 2006, reached for his angina spray for relief.

When the spray didn’t work, he turned to oral medication – but it quickly became clear Mr Reynolds would need an ambulance.

“My ears hurt and down the left arm mainly and it stopped at the elbow and bounced back to the chest. It was really horrible.

“I felt a little bit frightened and worried. I just felt sorry because I’d spoiled our anniversary.”

Mrs Reynolds remembers vividly the kiss she gave her husband before he was taken away in the ambulance.

“That was so precious. I could just go and give him that kiss before he took off,” she said.

“I was thinking, ‘just please don’t die’. He wasn’t allowed to die.”

Just six days earlier, Gippsland MICA paramedics were the first in regional Victoria to be trained in administering thrombolytic drugs – a treatment that breaks down blood clots in the heart and previously only available at hospitals.

Mr Reynolds was identified as a candidate for the drug and received it while in the ambulance.

“The pain started to diminish enough for it to become comfortable and not become a real worry,” he said.

“I think if I hadn’t had that, I would probably have been on the jump start on the way down to hospital.”

Mr Reynolds fought back tears on Thursday when he came face-to-face with MICA paramedic Warwick Bone, who was part of the team that saved him.

Mr Bone said he began to notice a difference in Mr Reynolds within three minutes of administering the drug.

“It took us approximately 30 to 40 minutes to get him to hospital and during that time if he hadn’t received this thrombolytic drug, his heart would have still been dying,” Mr Bone said.

“Potentially there could have been a lot worse an outcome… there was a chance he could have cardiac arrested.”

Once in the hospital, Mr Reynolds’ electrocardiogram readouts had returned virtually to normal.

He was the first in the state to be treated by the thrombolytic drug inside an ambulance under the rollout of the service to MICA ambulances in regional areas.

Mr Reynolds said the treatment also enabled him to be taken to Monash Medical Centre in Melbourne for surgery the next morning.

“They opened up a couple of arteries with the balloons.”

Mr Reynolds considers himself lucky and is looking forward to the birth of his eighth grandchild.

“Every day counts,” he said.

“If anyone is suffering a heart attack, don’t hesitate to phone triple zero.”