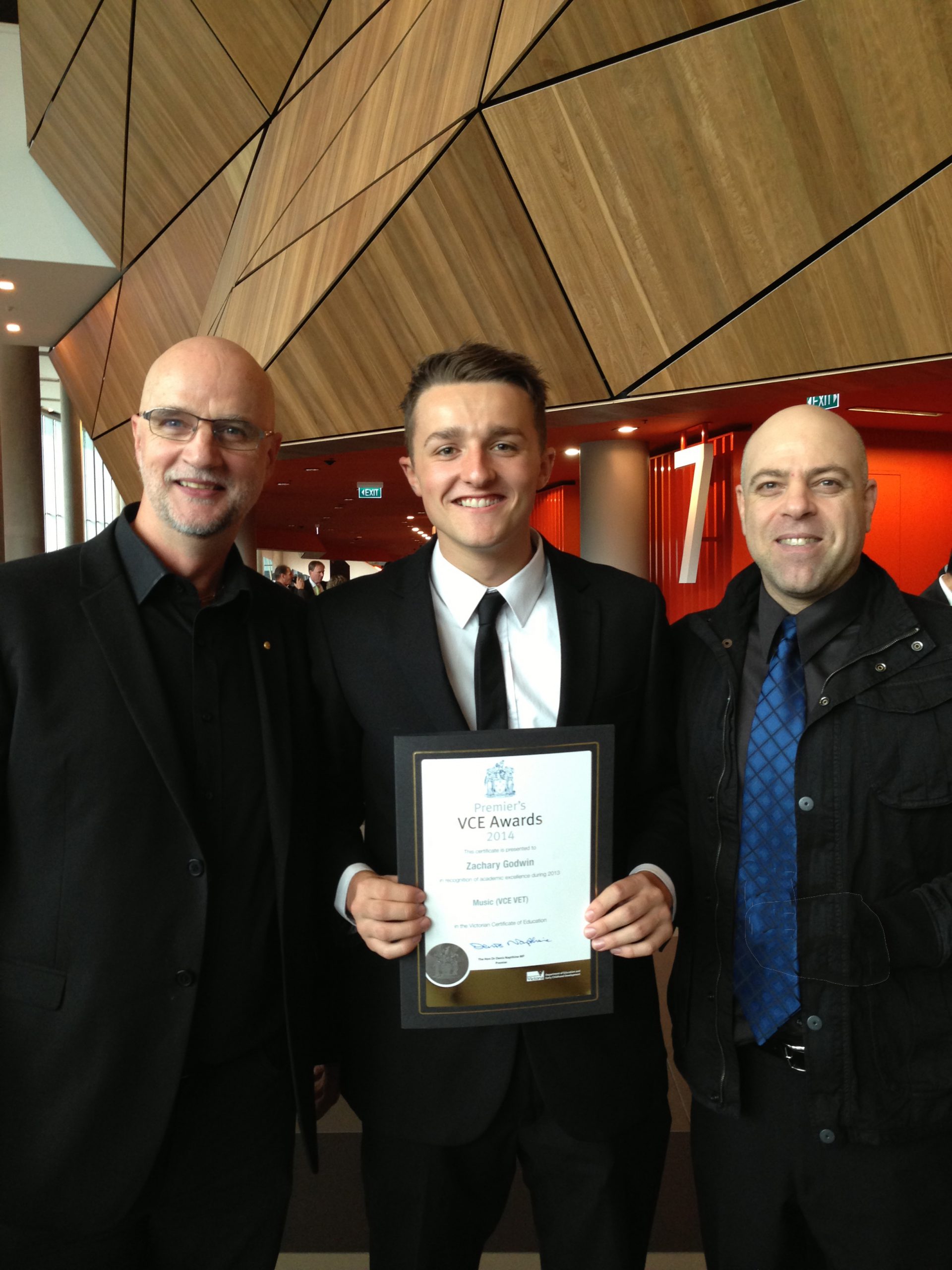 A BUDDING musician from Newborough was given the Premier’s VCE award for highest academic achievement in music, together with more than 200 others who were considered as the state’s best young minds.

Eighteen year-old Lowanna College alumnus Zac Godwin was one of 282 students honoured during the ceremony that recognised those who academically excelled last year.

Mr Godwin, who is now teaching music at a primary school, received a perfect 50 in VCE VET music.

“It’s unbelievable. I must have done really well,” Godwin said.

He believes he is the only student “ever” from Lowanna College to receive the award.

Mr Godwin belongs to a family of musicians and is also the lead vocalist and guitarist for local band Lobes of Julia, a name taken from former prime minister Julia Gillard.

The band made it to the Triple J Unearthed charts last year with their song, Diego’s Deli.

Mr Godwin said his family had influenced him to take a career path in music.

He is currently teaching guitar, drums, and voice lessons for a primary school and is set to enrol at a university next year to take up a bachelor degree in music and sports teaching.

At the moment he is composing songs for the band, which still goes on gigs during weekends.

He said work was the band’s “priority” at the moment.

Mr Godwin said he wanted to pursue a professional career in music teaching because it encouraged him to see his students succeed in this area.